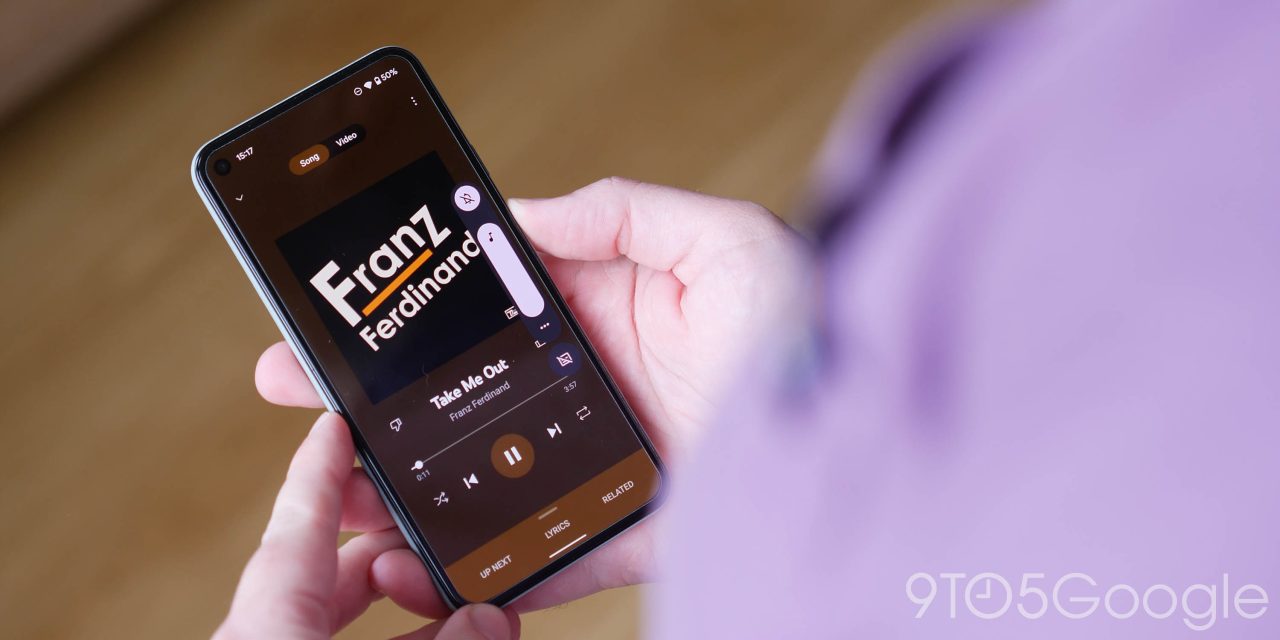 YouTube Music has the fairly standard concept of adding works to your library. Those saves are sorted and can be found through the Playlist, Albums, Songs, and Artists views, but YouTube Music is now testing a “Library” search filter.

Update 7/29: After first appearing at the start of this month, YouTube Music has widely rolled out the new “Library” search capability. This new filter is at the center of the lookup UI and conveniently remains selected across multiple searches. A secondary selector lets you further refine by artists, albums, and songs. It’s now fully available on Android, iOS, and web.

Original 7/2: “Library” appears alongside the filters for “YT Music” and “Uploads.” The latter is for files manually stored in the cloud, and the latter lets you query the entire corpus of Google’s music streaming service.

While doing a general search might suffice for most people, the Library filter will let YouTube Music users better find their content. It will show artists from songs and albums you’ve added to your library, as well as direct stores and thumbs-ups.

Tapping an artist result from search results will open the “In My Library” section of that profile. Unfortunately, you go to the general albums page where all songs are shown, not just those that you’ve saved.

Playlists can also be surfaced, according to one user report, but only ones you’ve directly created and not those that you’ve saved that were created/curated by the “YouTube Music” team directly. Meanwhile, those that only contain uploaded tracks appear to be excluded from search results.

The new YouTube Music library search filter is not yet widely rolled out, with only one person encountering it so far. Once enabled on your account, it will appear for both the web and mobile (Android in this particular case).