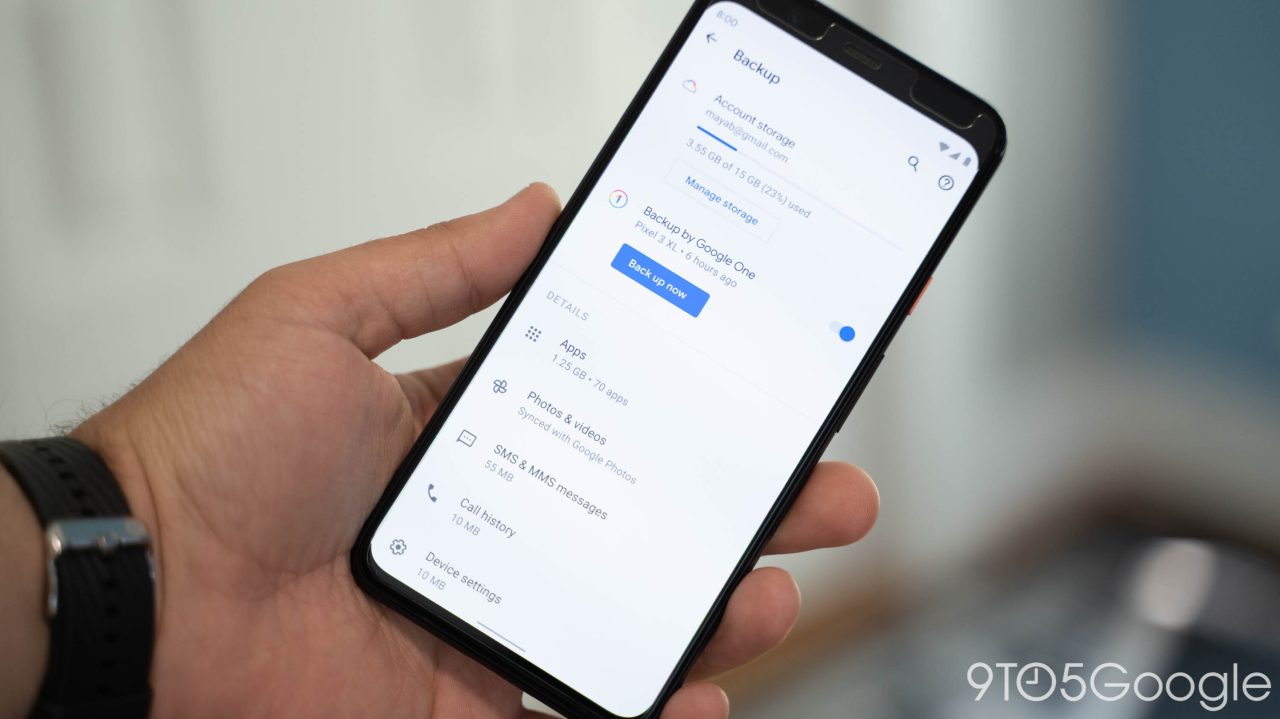 Back in July, “Backup by Google One” started rolling out as an expansion to the existing Android backup service. This more granular and expansive approach to storage is now more widely available.

Once live, open your device’s Settings app > System > Backup. You’ll be greeted with a redesigned page that starts with a progress bar noting how much Google One storage you have. Tapping lets you switch Google Accounts, while “Manage storage” opens to the corresponding tab in the Google One app.

There’s then a high-level on/off toggle to control “Backup by Google One” with your current device and when the last upload occurred. You can “Back up now” like before, while a “Backup details” list follows:

New with “Backup by Google One” in that list is MMS messages in addition to just SMS. In 2020, the company started allowing anyone to back up MMS for free (no subscription needed), but that required installing and using the Google One app.

The other big difference is how you can control all this directly in Android settings instead of just the Google One app/website. This list also offers an advanced setting for “Back up using mobile data.” As we explained last month:

This unified approach is meant to remove any distinction in backups. Today, people are primarily aware of Google One (which most equate with Google Photos media backup) and might not be familiar with what’s automatically done in the background. This usually does come into play until they get a new device and are setting it up. Users will now have less to manage and be actively aware of what is being stored.

As of today, this new Backup by Google One in Settings looks to be widely rolling out on Android 10, 11, and 12 devices that we’ve checked. Google has also updated the Google One app with a matching list of what’s backed up, while you can see a list of “Other devices” on your account with more details.