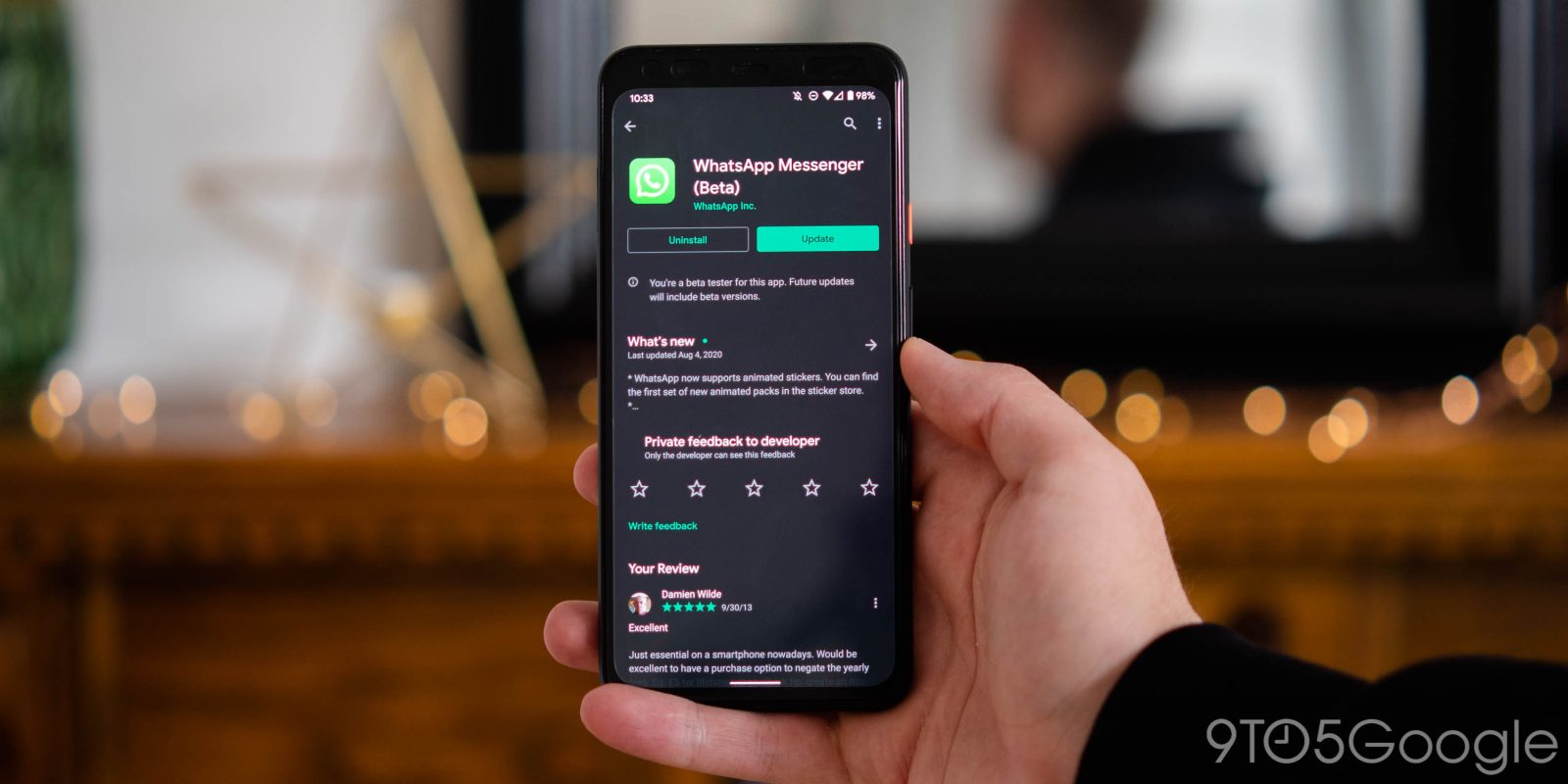 After being hinted at and after testing in previous beta builds, WhatsApp has confirmed that end-to-end encryption for cloud backups is set to roll out soon.

[Update 10/11]: After being officially announced, WhatsApp’s long-awaited encrypted backups are now beginning to roll out with the latest beta update for the Android and iOS apps. As the original post (below) notes, you’ll need to choose between a password or 64-bit key. Losing either will result in your backup being lost — be that on Android or iOS.

Spotted by WABetaInfo, the option is said to be available as of v2.21.21.5 of WhatsApp for Android. However, after updating we’re not yet seeing the option when heading to Settings > Chats > Chat backup. This hints that the feature is not yet widely available but likely coming very soon to most users of the messaging platform.

When you do enable the feature, the backups are encrypted before upload. Which is why a cloud-based key or a password is required to recover when you sign in to a new device. The latest beta update should be rolling out right now via the Google Play Store provided that you are enrolled.

Announced in a Facebook Engineering blog post, end-to-end encryption has been missing from cloud backups despite the fact that the messages in chat gained the added security layer way back in 2016. The current implementation has relied heavily on iCloud and Google Drive for cloud backup storage, but security was only offered with 2FA when restoring on your device.

If you are a WhatsApp user, Facebook confirmed that end-to-end encryption for your future cloud backups will begin rolling out “in the coming weeks.” WhatsApp says that once the feature is enabled, “neither WhatsApp nor the backup service provider will be able to access” your backups or the encryption key used for backups:

People can already back up their WhatsApp message history via cloud-based services like Google Drive and iCloud. WhatsApp does not have access to these backups, and they are secured by the individual cloud-based storage services.

But now, if people choose to enable end-to-end encrypted (E2EE) backups once available, neither WhatsApp nor the backup service provider will be able to access their backup or their backup encryption key.

You will be able to choose between two options, either manually storing the 64-digit encryption key or setting a password:

This should make cloud backups and the backup process much more secure with WhatsApp, but it is worth noting that end-to-end encryption still doesn’t guarantee 100% security for your data. It’s also important to note that should you choose to use a 64-digit encryption key and lose the key, you will lose access to your backup. However, you can change or reset your password if you forget it.

Multi-device support has recently rolled out, but it’s worth noting that encrypted backups will only be available on your main or primary device. You can read the full white paper on WhatsApp and the end-to-end encrypted cloud backups here.