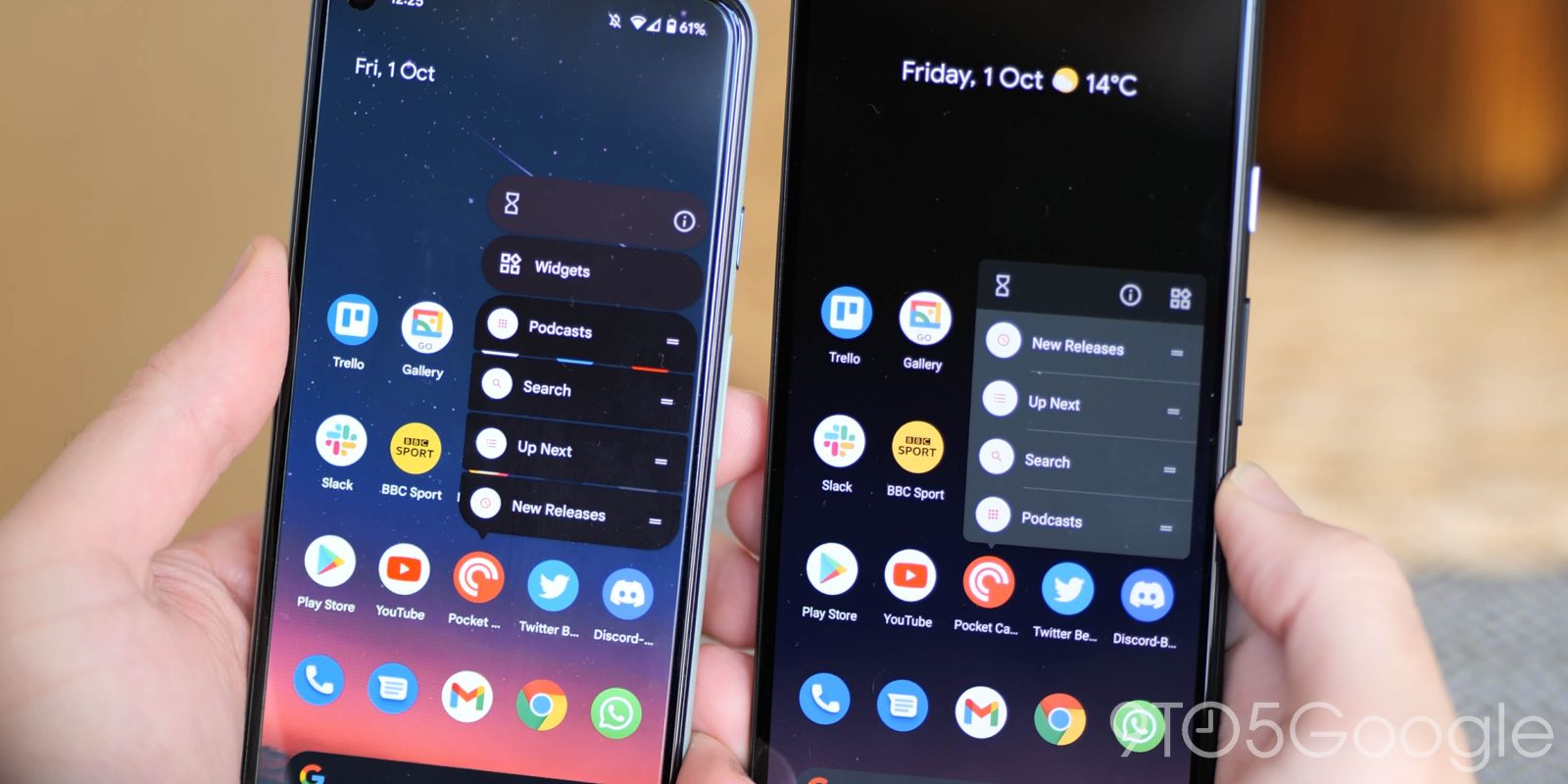 One of the more annoying bugs in Android 12 Beta 5 is the lack of weather in At a Glance on the Pixel Launcher. Google now looks to be rolling out a fix for this problem.

Update 10/18: Following the latest Google app beta update (12.40.17.29) today, At a Glance is widely reappearing for Android 12 users. (Reboot your device after installing.) This applies to the Pixel Launcher, lockscreen, and always-on display (AOD).

Update 10/11: More Android 12 users are waking up to weather in At a Glance. There are at least six new reports today. It’s rolling out via a server side and cannot be manually triggered, but hopefully wider availability is coming sooner than later. It does make you wonder why Google didn’t fix At a Glance immediately following the release of Android 12 Beta 5.

Original 10/8: Beta 5 redesigned At a Glance so that the Pixel Launcher’s permanent widget is now left-aligned rather than being centered at the top of the screen. While the day and date appear, the current weather condition and temperature is missing. A long-press and selecting Customize > gear icon takes users to a broken settings menu with toggles but no text.

One report on r/android_beta today shows the return of At a Glance weather on Android 12. The preferences page works again with “Personalization” letting users control:

Under “Features” you can enable/disable: Commute & Time to Leave (See traffic and ETA), Weather (Current weather info), and Alerts, among other items.

The one Reddit user that has this up-and-running said they “just happened to notice” the return of weather on the homescreen and lockscreen/always-on display. They did not root to get it enabled, and there are no other reports as of early Friday. The latest Google app beta update occurred earlier this week, and did not immediately restore At a Glance. As such, a server-side update is more likely.

Google will hopefully widely roll out this change and let people easily access weather. Since this bug occurred, users have had to place the Google Weather homescreen shortcut as an alternative. At a Glance already has some integration with Google Clock app when setting a timer, while yesterday’s Pixel 6 revealed a bigger functionality upgrade is coming.