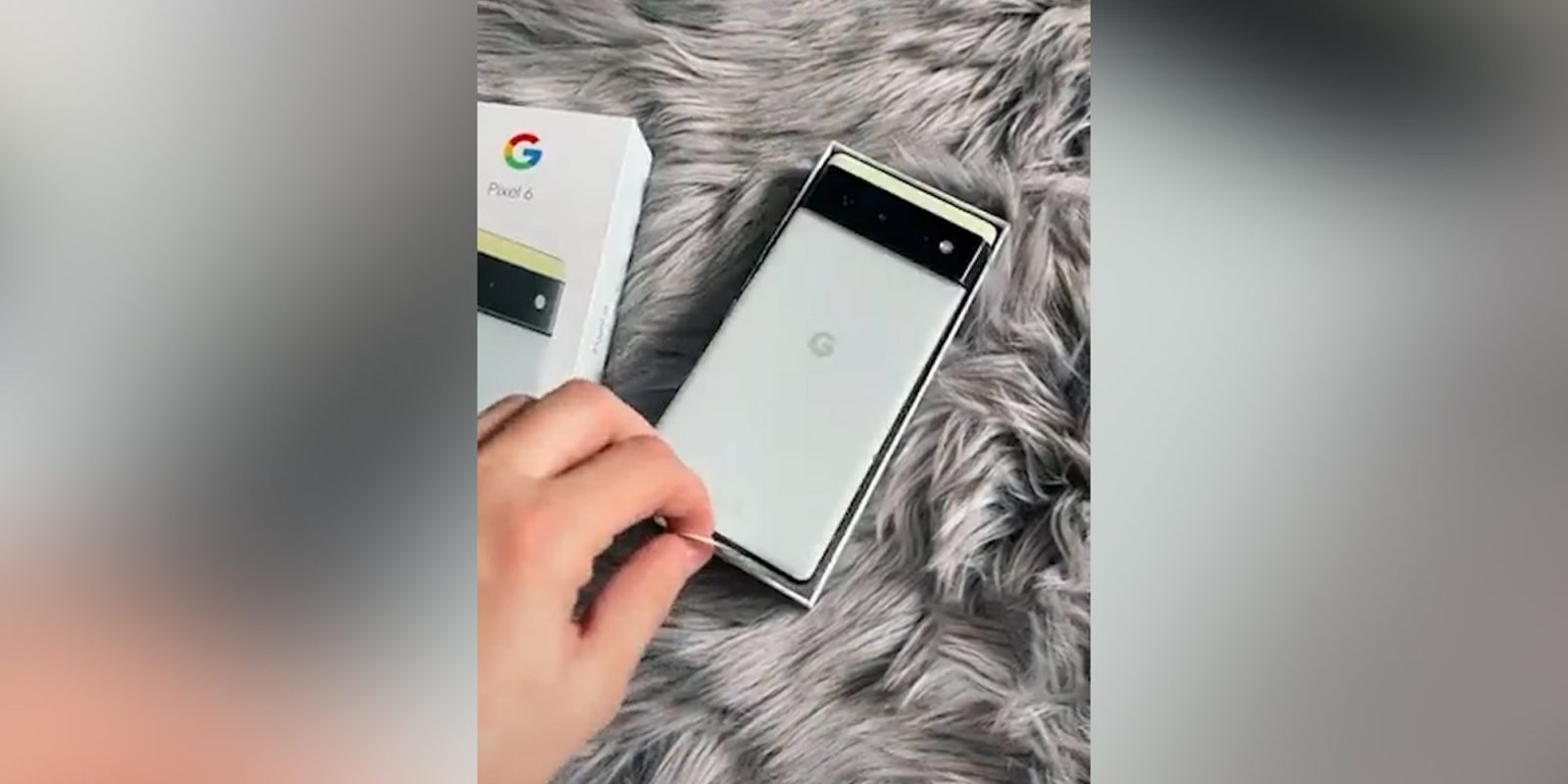 Google is yet to even officially launch the Pixel 6, and now we’re getting an early unboxing of the Sorta Seafoam model ahead of the October 19 keynote.

Leaks have now turned very quickly into a downpour as this latest bit of Pixel 6 content showcases just what the unboxing experience the Sorta Seafoam model will deliver later this month. The video comes from @CristianDimboiu over on Twitter via his own TikTok page and confirms a few things we know already about the device packaging in the brief clip.

Firstly, there is no in-the-box charger this year. Instead, you’ll simply get what looks like a USB-C to USB-C cable and a data transfer connector. Interestingly, the Pixel 6 screen comes with a paper-style screen covering/protector that ensures the 6.4-inch screen is scratch-free when peeled. There also appears to be the usual datasheets and — hopefully — a nice “G” logo sticker, but that remains in the box during the clip:

If you were hoping for more in the unboxing experience, then it looks to be short and sweet this time around. This is the first time outside of renders and Google’s own leaked ads that we’re seeing the Sorta Seafoam Pixel 6 in this unboxing video. The colors are a little more muted than some of the renders suggest, but this could be due to the lighting condition and/or Twitter compression at play here.

With just over 24 hours to go before Google launches the Pixel 6 and 6 Pro, we wouldn’t discount yet more leaks ahead of the keynote. Let us know what you think of this very brief Sorta Seafoam Pixel 6 unboxing video down in the comments section below.