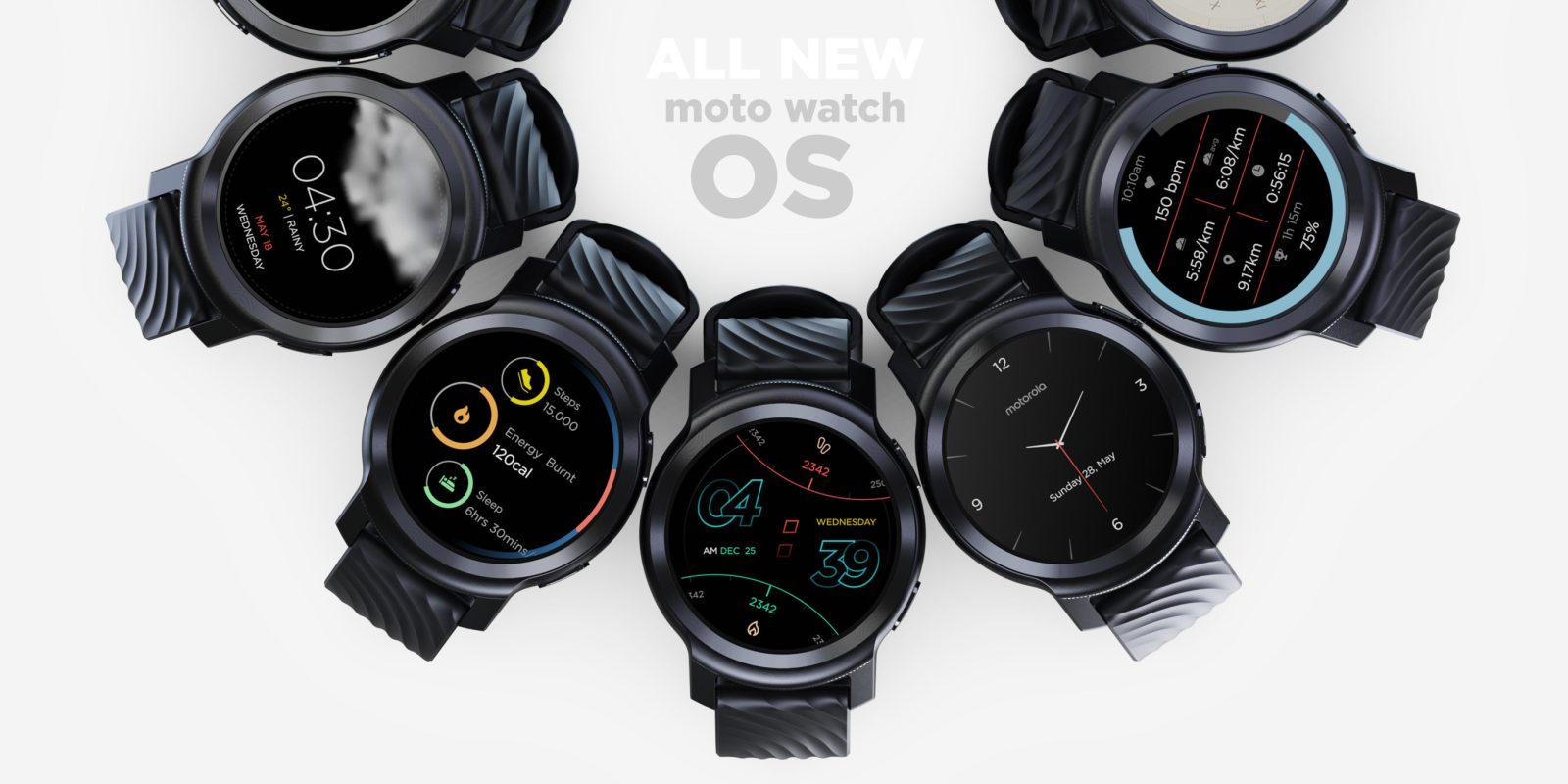 Last month, we spotted the name and final look of the next Motorola-branded wearable. The moto watch 100 is now official without Wear OS and comes in at $99.99.

Update: The moto watch 100 is now official following this morning’s leak and the post has been updated accordingly.

The aluminum case is 42mm (20mm bands supported) with a 1.3-inch always-on display. Running “Moto Watch OS,” core specs were not detailed beyond BLE 5.0, GPS, a 355mAh battery (“up to 2 weeks”) that fully charges in 60 minutes, and 5ATM. Other sensors include accelerometer, gyroscope, and heart rate monitor. It’s compatible with Android and iOS (next month).

Pre-orders for the $99 device open today in the US and Canada with a December 10 ship date. The moto watch 100 is focused on providing a “streamlined experience focused on health and routine dramatically increases battery life.”

Evan Blass shared full images of the “motoWatch 100” on Twitter this morning. We see the “Steel Silver” variant (“Phantom Black” will also be available) with two side buttons and a sunken display that is a level lower than the aluminum bezel. We also get a look at the charger (presumably pogo pins) for the 355mAh battery, GPS, and 5 ATM water resistance.

This leak also highly suggests that the motoWatch 100 is not running Wear OS. One image touts an “all-new moto watch OS” that does not allude to Google’s operating system in any way. As such, the Moto Watch licensee built its own proprietary software and UI stack. Do not expect major apps like Spotify, YouTube Music, or Google Maps.

We speculated this in late October:

From the FCC listing, we get instructions on how to access the e-label and it differs from the current Moto 360 and Wear OS 2 today (Settings app > Regulatory information). It would be rather odd if it did not run Wear OS and was instead using a custom OS.

It remains to be seen whether any future Moto device will run Wear OS or whether it’s proprietary from here on out.