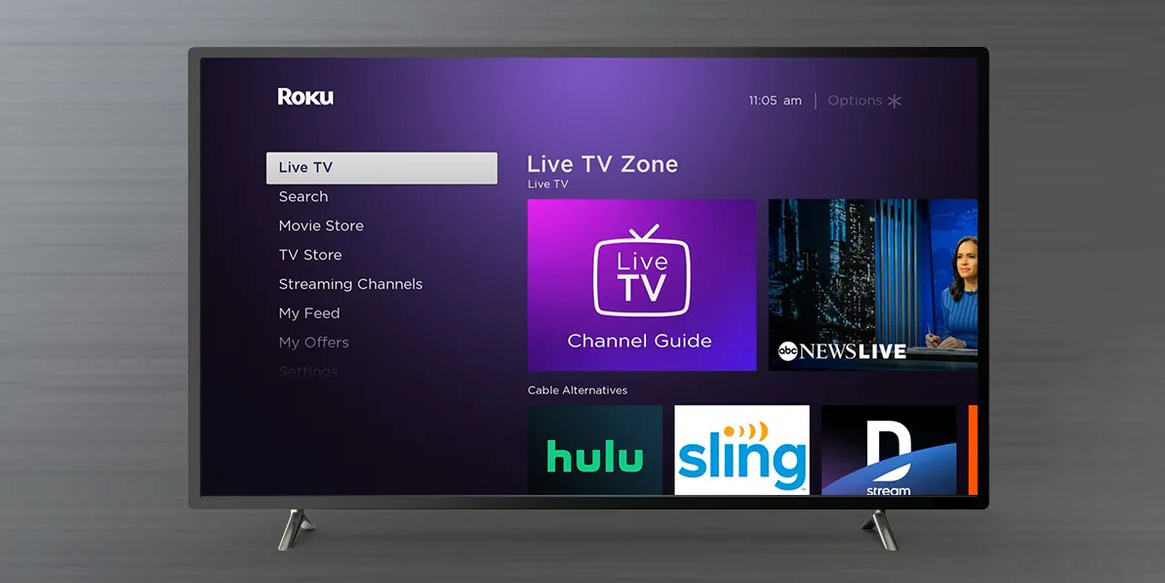 Seemingly sweeping the past year of feuding with Google under the rug, Roku is today adding a new “Live TV Zone” feature on the homescreen that includes integration with YouTube TV.

Rolling out now, the Roku homescreen is adding a “Live TV Zone” section which shows a channel guide that pulls in live channels from various services, as well as showing some content from those services. The new feature appears under the “Live TV” tab on the left-hand navigation menu.

As The Verge points out, this feature previously existed as a standalone channel on Roku, but is now natively integrated on the homescreen. As previously offered, “Live TV Zone” will integrate with Roku’s own live TV channels, as well as third-party services including YouTube TV, Hulu with Live TV, Sling, and other apps.

Google TV, too, also supports a live TV guide on its homescreen, though with the list of channels immediately visible on the “Live” tab as opposed to Roku’s version which is technically through an app.