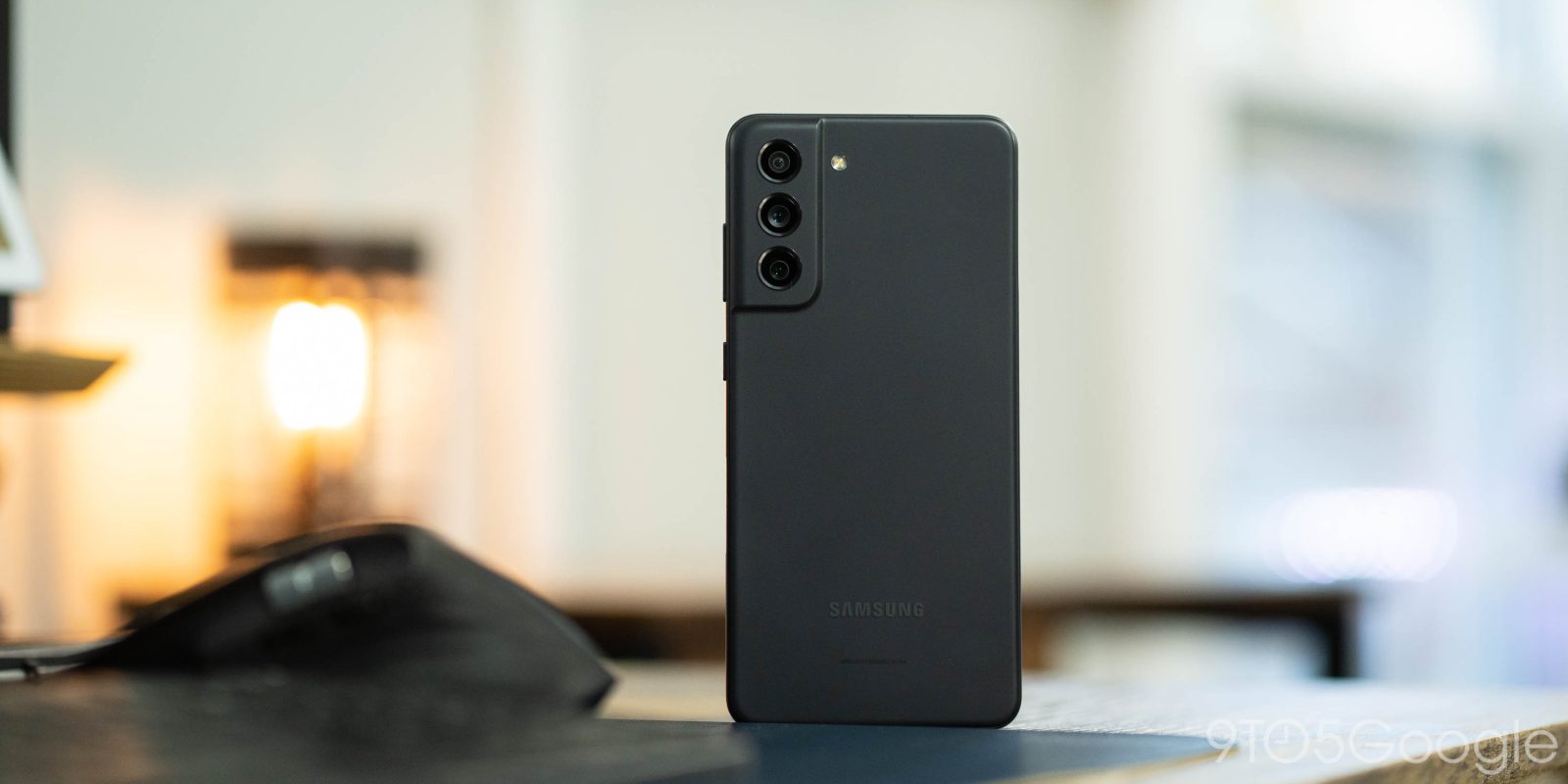 The Galaxy S20 FE debuted as the answer to overpriced flagship smartphones in a time when many really needed the option. It led to the device being immensely popular, but a little over a year later the equation has changed, and the Galaxy S21 FE is a bit less enticing. That said, it remains a solid smartphone, and it’s one that’s ready and waiting for its inevitable discounts.

Like the Galaxy S20 FE, this year’s affordable flagship is an all-plastic smartphone, which is the primary place it cuts corners. Where the Galaxy S21 had a metal frame alongside its “glasstic” back panel, the Galaxy S21 FE is all plastic. That’s not a bad thing by any means, though.

Over the time I’ve used this device, I somehow managed to drop it on multiple occasions by accident, a rarity for me, but it came out without any notable damage. The body and frame are flawless, and the only damage to speak of in my use has been a scratch across the display. Samsung is using Gorilla Glass Victus here, though, so it’s probably safe to say that this damage I can’t explain was an oddity rather than a pattern.

The good news about that glass is what’s underneath it. The 6.4-inch FHD display is a brilliant AMOLED panel with great colors, smooth 120Hz scrolling, and excellent touch response. A wonky touchscreen was by far my biggest complaint with the Galaxy S20 FE, so I’m really glad to see Samsung paid attention to fixing it on the sequel.

An interesting quirk I found to the hardware, though, was the pair of mmWave antenna cutouts that were eager to pick up dust and hair. On two occasions, I found foreign material lodged in those spots that took a bit of effort to remove. Not a huge deal, but a good advertisement to pick up a case.

Another notable cost-cutting measure on the S21 FE is the fingerprint scanner, which ditches the ultrasonic tech of the rest of the series for an optical sensor. In terms of accuracy and reliability, I see no difference in performance here — the sensor works very very well. The only real downside is that an optical fingerprint sensor requires a bright light in order to function, which can be jarring and distracting in a dark environment. Ultrasonic sensors don’t have that issue. It’s a bit of a shame, but something I’m more than willing to overlook.

One more big change from the Galaxy S20 FE to its sequel is the removal of a microSD card slot. This doesn’t come as a shock, but it is a shame to see.

Under the hood, the Galaxy S21 FE runs on top of a spec sheet that is definitely ripped out of 2021, rather than the 2022 it launched into – that includes the use of Qualcomm’s Snapdragon 888 chip rather than the newer, faster Snapdragon 8 Gen 1. The chip is paired with 6GB of RAM and 128GB of storage. Overall, performance feels virtually identical to the Galaxy S21 in all but the most intense scenarios. You might feel the memory limiting when jumping back and forth between demanding apps, but for most day-to-day use, this is flagship performance across the board. I thought that 6GB of RAM was limiting the Galaxy S20 FE last year, but in hindsight, I believe that was just due to the touchscreen issues that plagued the S20 FE, and perhaps some general lack of optimization.

There’s also a bonus to the Galaxy S21 FE when it comes to software – this phone ships with Android 12 out of the box and Samsung’s One UI 4.0 skin. While Android 12 isn’t a major upgrade on Samsung phones, this means you get all of Android’s best new features out of the box. That includes new privacy indicators for when the camera or microphone are in use, revamped homescreen widgets, and also system colors that sync with your wallpaper. As pictured below, Android 12 will automatically pick out colors from your wallpaper and apply those to the system’s various accents and buttons.

The other big benefit to Samsung launching the S21 FE with Android 12 out of the box is that the phone will see one more update compared to the rest of the S21 series. Per Samsung’s commitment, the Galaxy S21 FE will see major Android updates through 2025, which should deliver Android 15 to this device, with security patches continuing on for a year after that. That’s great!

Endurance on the Galaxy S21 FE isn’t exactly impressive, but it’s not unbearably bad. The 4,500 mAh cell results in decent battery life, with the phone able to easily last through a day on moderate use, but excessive time or playing local games will drain the battery quickly. On most days, I was able to pull four hours of active use – screen time – out of the battery with roughly 20% left by bedtime.

Battery life on the Galaxy S21 FE is decidedly average, and partially made up for by the quick charging. Over USB-C, a 25W power brick can top off this phone in what feels like no time, which was handy as I missed the wireless charger one night before bed.

Notably, though, the S21 FE follows the lead of Samsung’s other recent flagships in ditching the included charger. As such, you’ll have to purchase one from Samsung or a third-party — I’ve been quite happy with this GaN charger from Anker and Nomad’s compact new 30W adapter.

It’s particularly easy to talk about the camera on Samsung’s Galaxy S21 FE, because it’s virtually identical to the setup from the Galaxy S21. The 12MP primary sensor captures overall pleasing shots with vibrant colors and acceptable depth, but it’s not the most reliable camera out there. It’ll take time for you to get to know this camera’s quirks before you can confidently get the shot you want every time. The same applies to the 12MP ultrawide camera, which is fine, but not especially impressive.

The rear camera array is rounded out by an 8MP 3x telephoto camera, which takes acceptable shots that are sometimes lacking detail. There’s a new 32MP selfie shooter, too, which is detailed in its shots, but there’s also a fixed-focus lens that leads to lesser impressive shots on the whole.

At its retail price, the Galaxy S21 FE sits in a really weird spot. It’s only $100 less than the standard Galaxy S21, which is overall a better phone and is often available for less than the FE. Meanwhile, the Pixel 6 costs $100 less and offers essentially the same package.

That said, the Galaxy S21 FE makes sense in a couple of key situations. Firstly, when it is inevitably discounted. The Galaxy S20 FE was the go-to choice for both Samsung and carriers to offer at huge discounts and in many cases even nearly free with trade-ins. It seems entirely likely that the same will happen with the S21 FE, and it kicked off with Samsung offering up to $560 off the phone’s cost with trade-ins around launch day.

Plus, there’s the fact that the Galaxy S22 series, coming next month, is rumored to start at $899.

Another way the Galaxy S21 FE makes a lot of sense is if the Pixel 6 isn’t available in your region, which is pretty likely given Google’s limited list of supported countries. When the Pixel 6 isn’t in the room, the S21 FE is easily one of the best “affordable flagship” tier smartphones on the market today. When it gets those inevitable discounts, it’ll be a no-brainer for many.