Everything we expect Google to launch in 2022 [Video] 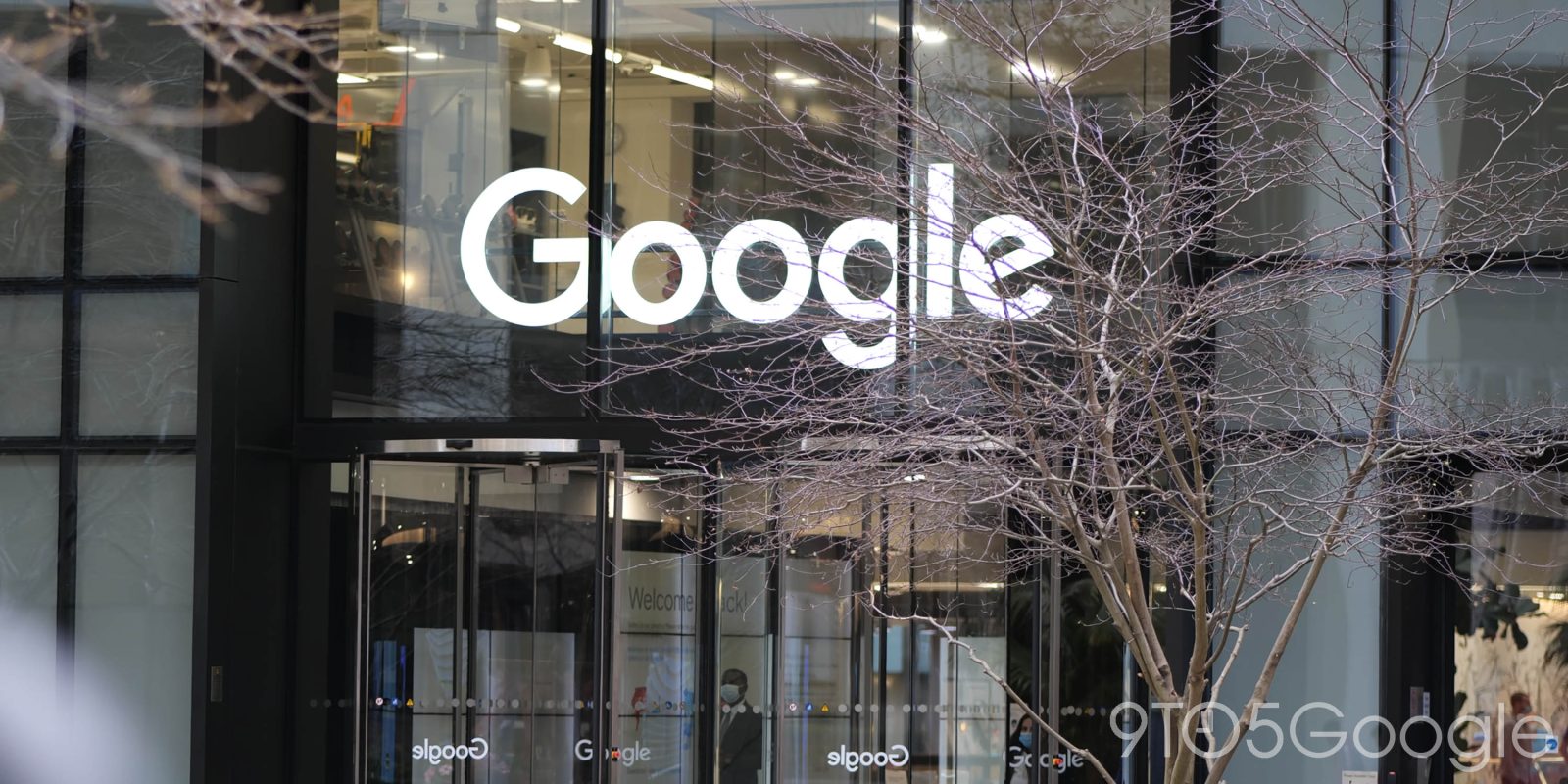 After the biggest launch for Google in years in late-2021, with the Pixel 6 and 6 Pro, alongside Android 12, just what can we expect in 2022? Here’s everything you need to know.

Video – Everything we expect Google to release in 2022

A nailed on, 100% happening software release that has already started with a Developer Preview phase followed by a public-facing Beta program. Before we get Android 13 in a Beta form, we are going to see Android 12L – which is effectively a .5 release – and it will include a number of tweaks to better accommodate larger and folding displays.

It’s unlikely that we’ll see a huge overhaul after the release of the huge Material You and Dynamic Color changes added with Android 12. That said, we’re already starting to see further tweaks to this wallpaper-led theming system with fine-tuning for the core feature set. Fans will hope that towards the top of the agenda will be some added stability and even the reintroduction of customization options for the Pixel Launcher removed with the upgrade from Android 11.

Google has shared the timeline which puts the stable Android 13 release at around August 2022. That’s a lot earlier than last year, which was delayed quite substantially. If you don’t want to run the developer previews – which we highly suggest that you don’t for stability reasons – the Beta phase is set to start in April too. We’re hoping for some enhancements to what has been a rocky ride for Android 12.

Another guaranteed launch for 2022 is that of the Google Pixel 6a. The affordable phone series could get the biggest shake-up since its 2019 launch with the introduction of the flagship Tensor chip plus a design that mimics that of the Pixel 6.

Sadly it seems that the small footprint that has been somewhat popular with the Pixel 4a – and to a lesser extent the Pixel 5 – is going to be dropped in favor of a larger form factor. This might be to the chagrin of many but it is an industry trend that is now bleeding into the affordable Android space.

According to information uncovered by our APK Insight team within the Google Camera app, the Pixel 6a – internally codenamed Bluejay – will have a 12.2-megapixel Sony IMX363 primary sensor. This is the same camera sensor that is found in every Google phone from the Pixel 3 through the Pixel 5a.

Beyond the simple decrease to the megapixel count, the GN1 on the Pixel 6 is physically larger than the IMX363, allowing it to capture more light and, therefore, more detail. While much of Google’s photography prowess comes from compensating with machine learning (things like Super Res Zoom), the larger sensor on the Pixel 6 was a significant contributor to the phone’s camera improvements.

Long-awaited and long overdue, it seems that Google is finally set to launch the Pixel Watch in 2022. For years we have heard rumors of an internally developed smartwatch that would run on Android Wear/Wear OS. Thanks to the recent Android Studio updates, it seems that work is ongoing on unique watch faces and software tweaks for first-party hardware.

From what we have been able to uncover, we could see some of the first true integration with Fitbit and this upcoming wearable. Since first being confirmed, the clock has been ticking on when – rather than if – Google would unveil a wearable. 2022 looks to be the year we will see the fruits of this labor come to fruition, and further evidence suggests that the Pixel Watch will be powered by the Exynos W920 chip. That is the very same chip that is already in use within the Galaxy Watch 4 series.

We’re expecting a round watch face with a design that will share a lot of similarities to the ultra-luxury Ressence watch line. Luckily, the proposed price point will be almost exponentially lower, with reports suggesting that Google will target the Apple Watch. That could mean the $300-400 region.

Wear OS 3.0 is also the biggest release for the wearable operating system in years. We could very well see the Pixel Watch debut alongside the late-2022 flagship smartphone lineup, but at this stage, it’s too early to be certain what Google will do.

The foldable form factor is steadily starting to mature, so it should come as no great surprise that Google is working on a large form factor smartphone of its own. Rumors suggested a Pixel Fold project was canceled in late 2021, but we have found evidence of its existence within Android 12L. Tuning and tweaks for folding displays are also a heavy indication that we’ll see a Google-made foldable at some point soon too.

We know that Google is set to call the device the “Pixel Notepad” and it will likely start at around $1,400. That could prove a popular move in a space where the current top-tier foldable Z Fold 3 starts at $1,799. The form factor could mimic that of the China-only Oppo Find N.

Google may also launch the “Pixel Notepad” in the US first before a wider global release after the device is officially unveiled sometime in 2022. Sadly, we might see some slight downgrades in the camera department over the Pixel 6 series.

The primary 12.2-megapixel Sony IMX363 from the Pixel 3-5a will remain in use, as it is thinner than what was introduced with the Pixel 6. It will be joined by an ultra-wide 12-megapixel IMX386. A pair of 8-megapixel IMX355s for selfies are expected to round out the Notepad’s camera complement.

In a shocking move, Google looks like it will follow up the Chromecast with Google TV with an affordable version for 2022. While the current iteration offers 4K capabilities alongside the Google TV overhaul, this new model is expected to offer 1080p streaming at a price point similar to that of the original Chromecast streaming dongle.

It’s unclear how this cheaper alternative will alleviate some of the issues, such as storage limitations, that hinder the current Chromecast with Google TV right out of the box.

We don’t know what specs the new Chromecast will offer but the hardware will definitely be able to decode AV1, as per the requirements for Google TV. It’s unclear if this device will include a remote but it is set for launch this year.

Although there is little real-world evidence that the Pixel 7 and 7 Pro exist at this early stage of 2022, we’re expecting a continuation of the rebooted and refreshed Made by Google series. Sundar Pichai claims that the Pixel 6 has broken “quarterly sales records” and the biggest marketing blitz since the start of the Pixel series will likely be maintained towards the latter half of the year.

After the successful launch of the Tensor processor, we’re excited to see just how Google plans to follow up the chipset. At this stage, we’ve spotted the codename “cloudripper” noted in several areas of the OS, and it appears that this is related to the upcoming chipset rather than the devices.

Let’s hope that we get upgrades across all possible areas including the camera, displays, battery longevity. Samsung’s recent four-year update commitment would also be a great place to start, but more of the same with some tuning will likely be as much as we can hope for.

Things we hope to see Google launch in 2022

While there are some certainties, not all Google launches in 2022 are known. There are a number of things that we really hope to see come to fruition over the coming year including:

What Google launch in 2022 are you most excited about?

There’s quite a lot of information to unpack, and we’re sure that there are going to be numerous twists and turns throughout the year. However, what upcoming or proposed product launch are you most looking forward to in 2022? Is there anything you’re unsure of or think is not probable? Let us know down in the comments section below.