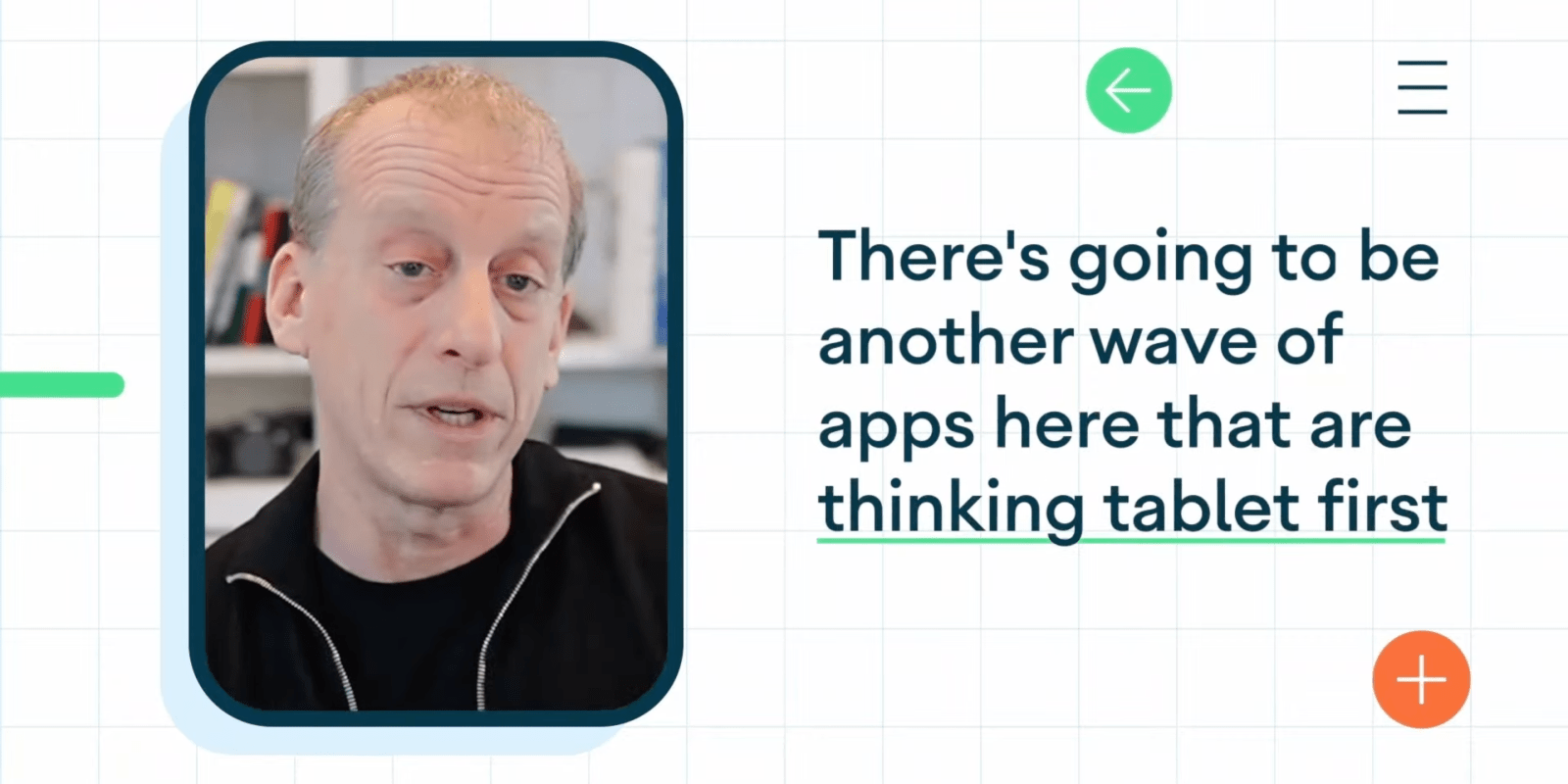 During today’s The Android Show, Google discussed its recent work in the large-screen device space and its grand vision for the form factor, including “tablet-first” apps.

The livestream included a brief appearance from Android co-founder and Google’s current CTO of tablets Rich Miner to answer “what’s different with tablets this time around.”

We launched the first Android tablet version in 2011. Tablets actually took off and the usage that drove that uptake was largely consumption. Tablets without much investment were good for consumption. The media players, the YouTubes, and other apps worked quite well just to scale up that video on a larger screen. It stayed that way for a long period of time and tablet growth kind of stagnated.

However, Google started seeing large-screen tablet sales taking off in the second half of 2019 even before COVID, with the following year serving as an “accelerant” for growth. One data point cited was “keyboard attach rates were getting much higher.”

The belief is that tablets started to be just much better for things beyond consumption, and were being used for creativity and productivity and there was a need for more screens and devices to support that.

What’s most interesting is how Miner frames tablets against laptops. Specifically, how tablets are very capable and “less expensive than a laptop.” He notes how tablet sales in 2020 approached that of laptop shipments, and believes that will continue post-COVID.

I actually think that there’s going to be a crossover point at some point in the not too distant future where there are more tablets sold annually than there are laptops. I think once you cross over that point, you’re not going to be coming back.

Context for Google’s push aside, Miner was asked what developers should do to prepare. The first involves seeing how an app can take advantage of additional screen real estate and taking a look at Google’s latest Jetpack Libraries and other things introduced with Android 12L.

The second, which Miner is more excited about, focuses on encouraging developers to build new tablet-first apps:

If tablets really are going to become this new device for people to be creative and productive, what new apps would take advantage of people who may be doing things stylus-enabled out of the gate? What does that mean for the mobility that you have with a tablet that you don’t even quite have with a laptop?

He, and by extension Google, believe that the tablet form factor will allow for wildly new use cases. The analogy he uses is how in the early days of the smartphone people just brought desktop applications to mobile before realizing they have to build new experiences from the ground up for the new form factors.

I actually think there is going to be another wave of apps here that are thinking tablet-first. What can I do with that larger screen that maybe I couldn’t easily do with something that was physically connected to a keyboard?