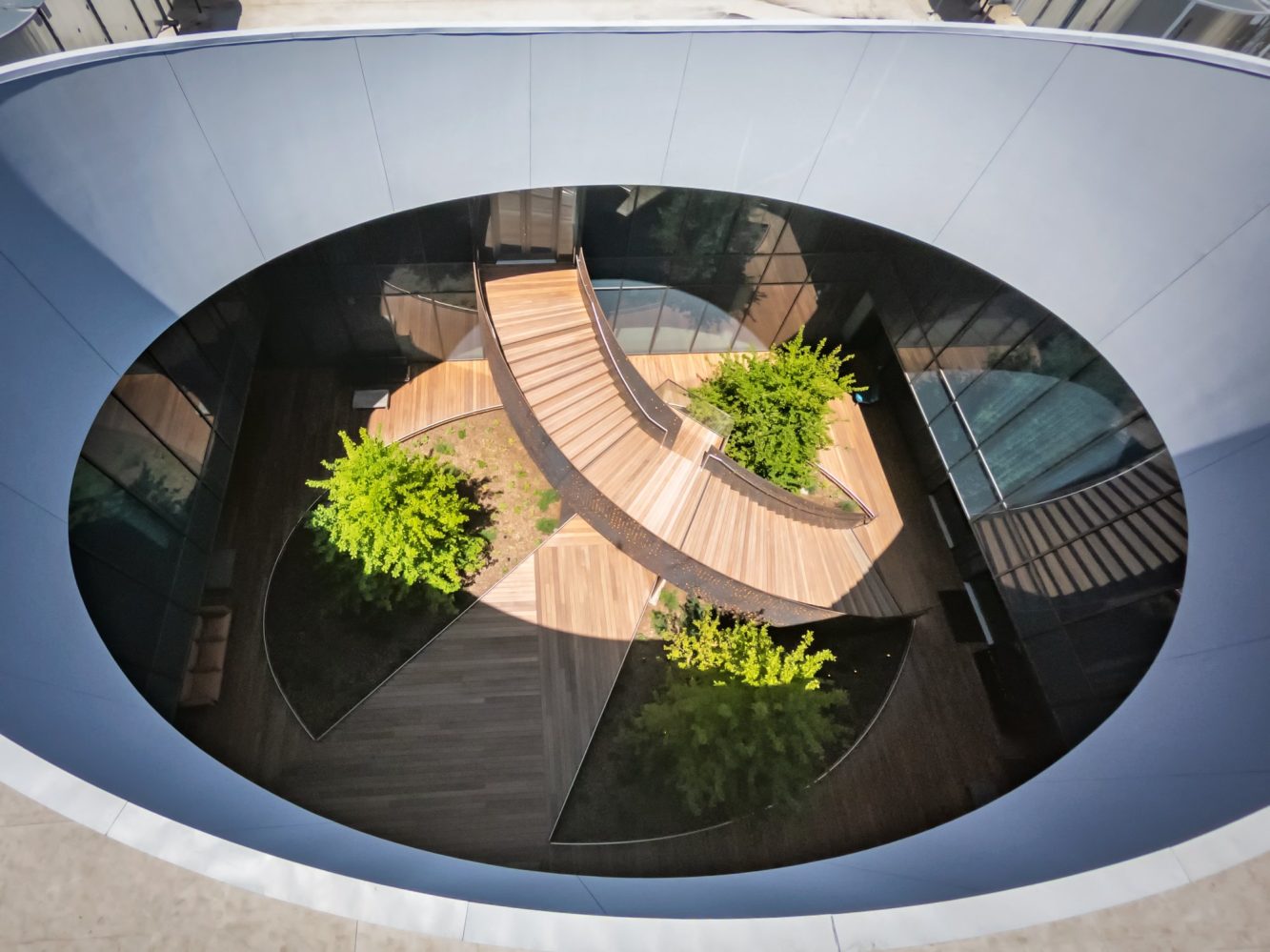 Google offices worldwide can be quite unique and its latest building in Sunnyvale, California strived to be the “largest renovation project” in the world.

Joining Google’s Sunnyvale campus is 237 Moffett Park Drive; it was originally developed in the 1960s as an R&D facility for mainframes and supercomputers. At 250,000 square feet, it’s a Google Cloud office with a glass exterior.

Materials are given a second chance throughout the building — from still-functioning components of the original mechanical systems to roughly 300 interior doors made with veneer from oak trees salvaged from the Mendocino complex fires of 2018.

As part of its commitments to sustainability and using “better materials to create the healthiest possible indoor environment,” Google says 91% (3,400 tons) of total waste generated was diverted from the landfill. Similarly, 91% of annual estimated energy demand is covered by 5,000 on-site solar panels.

One neat aspect of Google’s Sunnyvale office is a “huge penetration cut through the roof and structure of the building that floods the interior with natural light and views” known as the “Oculus.”

In all, this new building is the third-largest project ever certified by the International Living Future Institute as part of the Living Building Challenge, and has LEED v4 Platinum Certification.