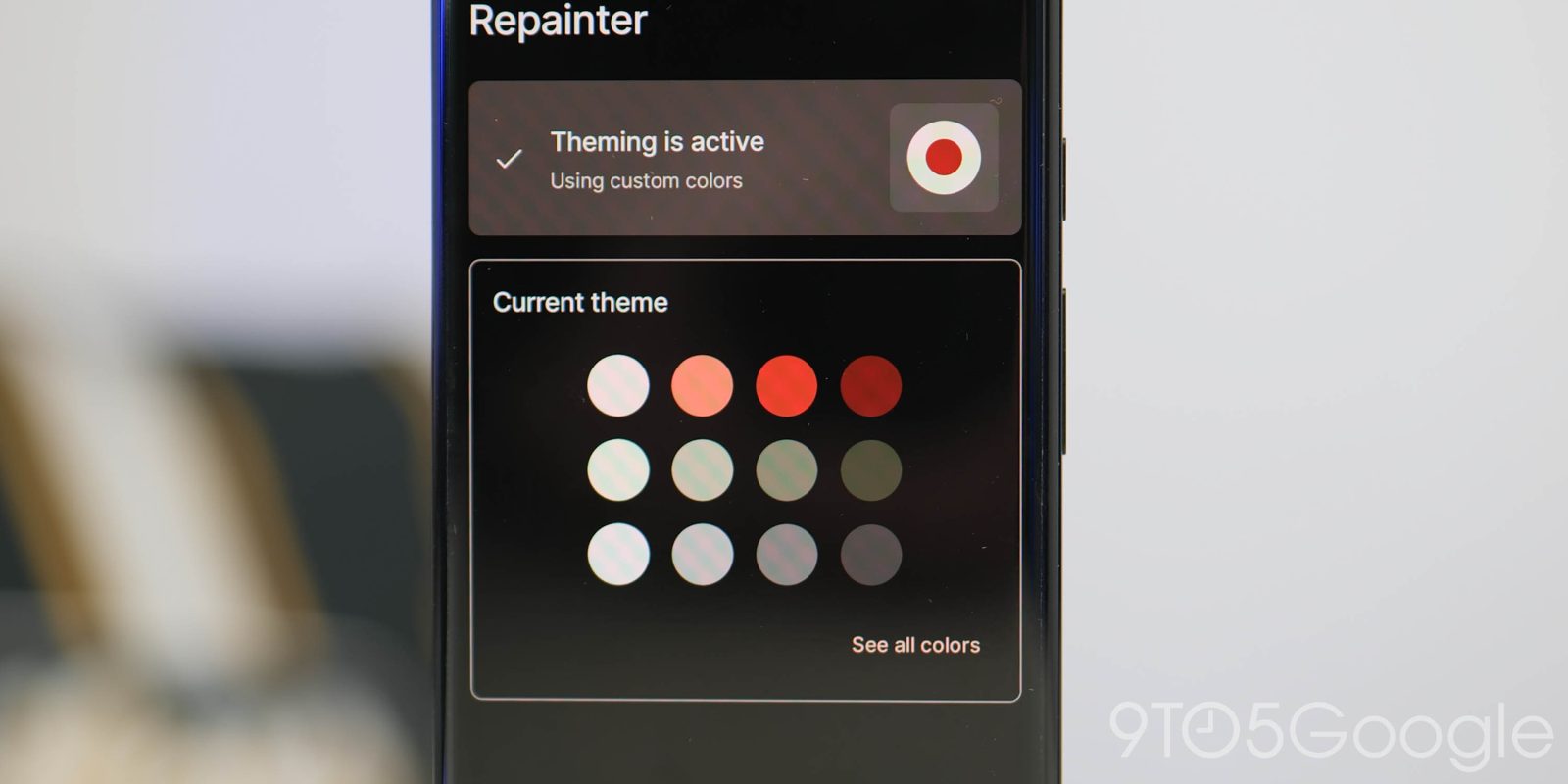 Repainter is a fun app for Android 12 and beyond that gives users more control over the customized colors of Material You. With its latest update, Repainter is picking up an advanced new trick, as well as simplifying setup on Google Pixel devices.

Rolling out now via the Play Store, Repainter 1.2.0 delivers support for Android 13’s new color profiles – more on those here – as well as bug fixes, stability and performance improvements, and more. Perhaps the best change overall, though, is that Repainter is getting a better setup process on Pixel devices.

Since launch, Repainter has either required that your device is rooted, or using the on-device ADB app Shizuku. While that process got the job done, it was a hassle to set up, and it required some work on each reboot as well. Now, Repainter is adding a “guided one-time setup” on Google Pixel devices running Android 12’s January update and higher. Notably, you’ll still need Shizuku or root on Samsung devices, but this new setup process also works on non-Pixel devices running Android 12L, including Xiaomi devices with MIUI 13.

This new setup process works entirely through the app. All you’ll need to do is enable developer options on your device, pair the app with ADB on your phone, and you’re good to go at that point. It’s a much quicker, much more seamless process than what we originally saw, and takes roughly 30 seconds as seen below.