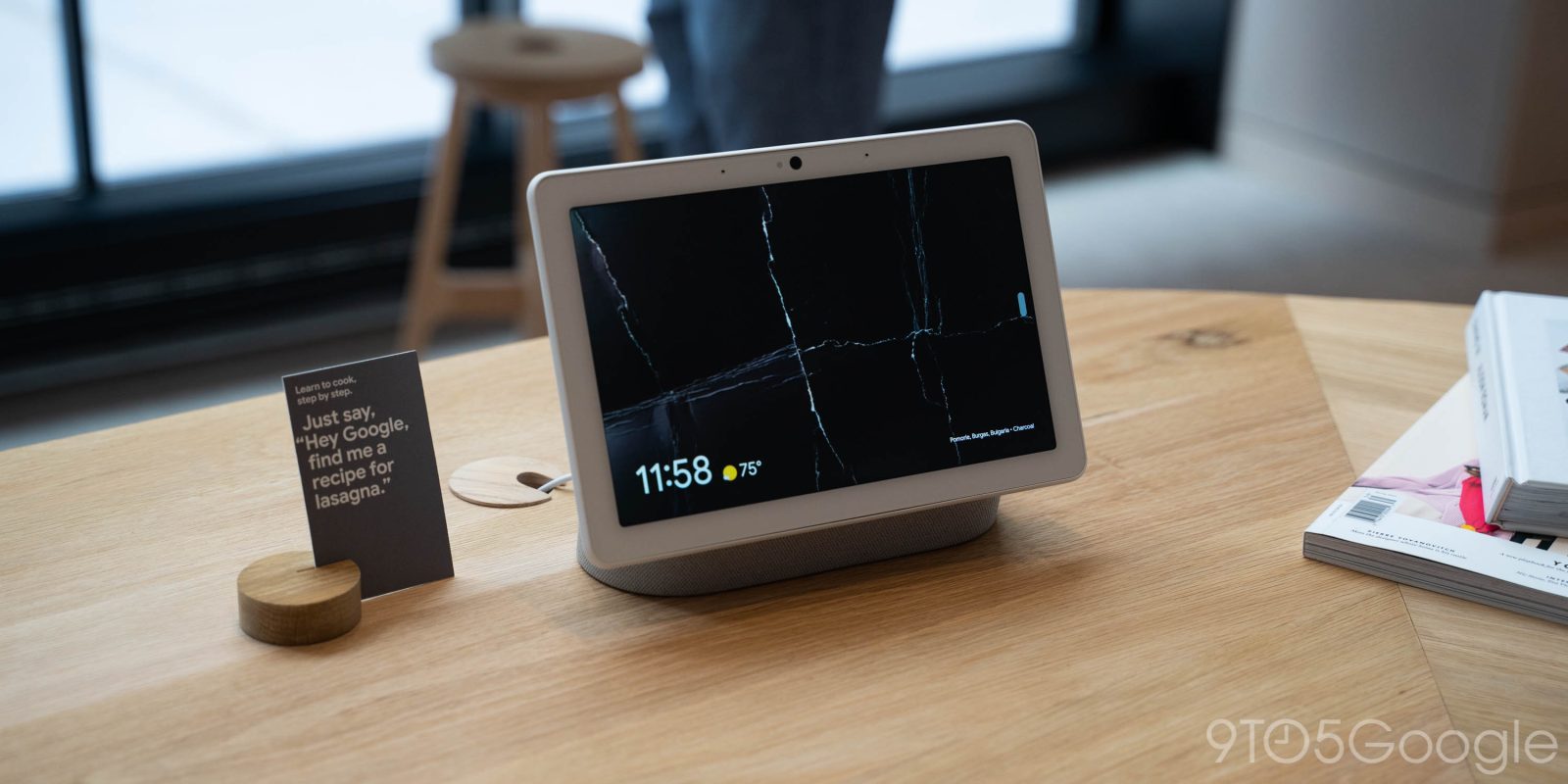 A newly uncovered animation of Android’s Tap to Transfer could offer visual hints of the upcoming Nest Hub dockable tablet, or it could be showing nothing at all.

Last week, we exclusively reported that Google was working on a Nest branded device that would effectively be a tablet that docks into a speaker, like a Nest Hub with a detachable screen.

While looking into the latest beta of Google Play Services (version 22.12) our team uncovered a new animation that appears to be showcasing the “Tap to Transfer” capabilities first spotted in Android 13. Presumed to use Ultra Wideband (UWB) connectivity, it should become possible to move music playback from one device to another by moving your phone close to another player.

The animation offers our best look yet at Android’s Tap to Transfer, including an example of a device capable of receiving via tap. What’s depicted appears at first glance to be a smart display, but as we take a closer look, a few key details stand out.

The most obvious detail to point out is that none of Google’s current smart displays have any UWB hardware built in, including the Soli-equipped Nest Hub 2nd Gen from last year. From that alone, it’s clear we’re looking at something that hasn’t been released.

A second, more minor detail on display is that despite the name, Tap to Transfer may not actually require your two devices to be physically “tapped” together but simply brought near one another.

Thirdly, and most importantly, along the top of the device, next to the volume rocker, you can see what appears to be a lock button. This is an unusual thing to include on a smart display, a device which typically benefits from having its display always remain on.

From the little bit of detail shown here, the device seen in the Tap to Transfer animation lines up at a high-level with what we’ve previously reported about the upcoming Nest Hub tablet. For example, the lock button would make a lot more sense on a detachable device that isn’t constantly tethered to a power source and therefore needs to conserve battery power.

That said, it’s also entirely possible that what we’re seeing in the Tap to Transfer animation is simply a generic stand-in. Over the years, Google’s graphics animations haven’t been consistent, sometimes opting to accurately use a real device’s profile and other times showing a loose approximation just to get an idea across.

If this is indeed the next Nest Hub smart display/tablet, we can see that Google is not straying too far from the iconic design of the previous generations. It would also suggest that this next Nest product would act as the debut of UWB support within Google’s ecosystem, finally rivaling the similarly UWB-powered Handoff capability of Apple’s HomePod Mini.

As there’s no way to know for sure at this stage whether or not this animation is meant to depict a real device, we’re opting for cautious optimism. As exciting of a prospect as an UWB-equipped Nest Hub may be, we’ll be keeping an eye out for some more definitive evidence in the coming weeks/months.