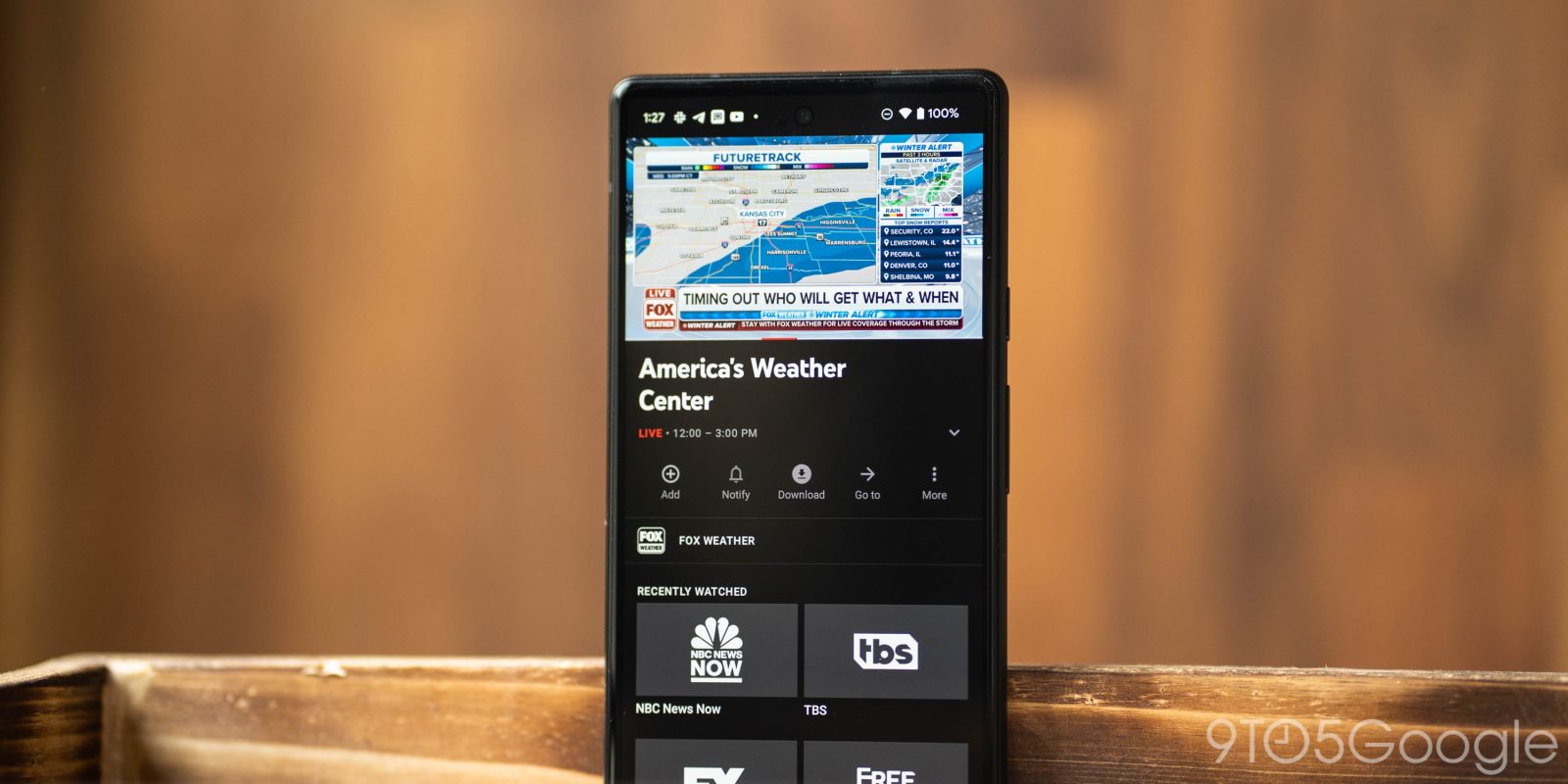 Besides rolling out picture-in-picture to iOS, YouTube TV happens to be marking its fifth birthday by adding an equal number of new channels, with G4TV and The Weather Channel being the most notable.

The arrival of The Weather Channel was announced in January as coming later this year. That said, it is YouTube TV’s second dedicated forecasting station following the launch of Fox Weather in February.

YouTube TV subscribers will be able to enjoy all G4 programming, including new editions of beloved legacy G4 shows, including Attack the Show!, Ninja Warrior and Xplay, new content including Name Your Price and Scott The Woz, esports events, interviews, and more.

The last three channels are:

All five additions are live as of this afternoon on the $64.99 per month cord-cutting service.