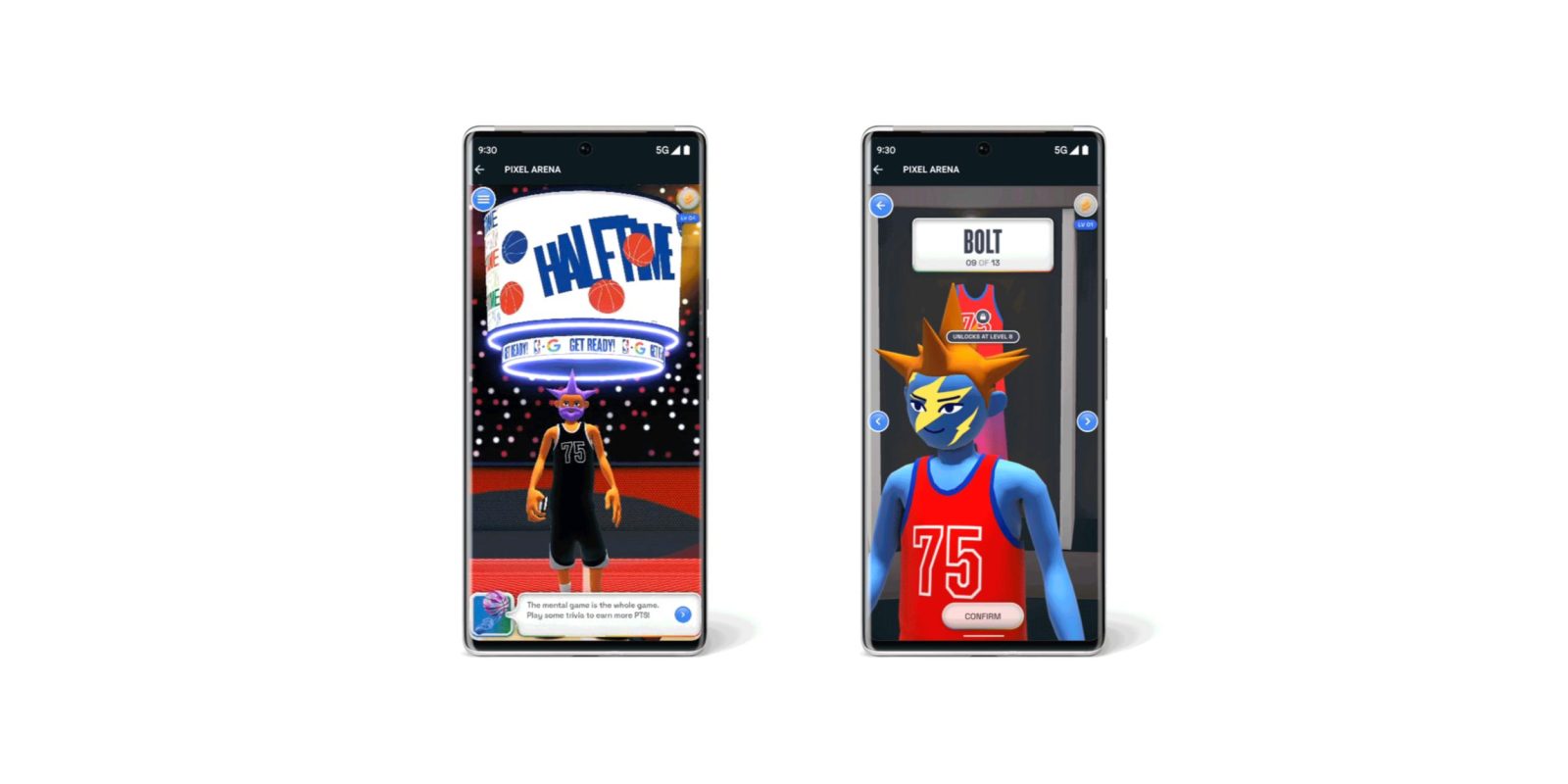 Back in October, Google Pixel became the “Official Fan Phone” of the NBA as part of a multi-year partnership. Ahead of the NBA Playoffs, Google this morning announced the “Pixel Arena” as an elaborate virtual game.

Available via the NBA app (Android and iOS), Google’s Pixel Arena can be accessed during halftime or between playoff games, which start this Saturday. This 3D virtual space is “based on live in-game action” and involves creating an avatar that can be outfitted with team gear and accessories. Your phone’s gyroscope is used to navigate the portrait UI:

During half time and post-game, you can relive how top scorers and teams performed with a 3D shot recaps that map shots to the Pixel Arena court based on real-time NBA data from the first half of the game.

Each game you attend lets you “climb the leaderboard, create shareable content and unlock new levels and swag for your avatar.” Locker room options for the humanoid figure include hair, glasses, outfits (including team jerseys), skin, shoes, and ball design.

At halftime, you can also answer “game-specific trivia based on live NBA data feeds.” You can earn points to eventually become the “NBA and Google Pixel Arena MVP.”

This is the “immersive experiences for fans using our 3D and AR technology” that Google teased last year, and ultimately meant to “connect fans to the game and each other during live games.” Google says the Pixel Arena will be “available to everyone — regardless of what device or operating system you use.” To access, visit the more tab > Explore the NBA > Pixel Arena.

It comes as the 2022 NBA Playoffs this year are “presented by Google Pixel,” while YouTube TV is again doing the same for the NBA Finals.