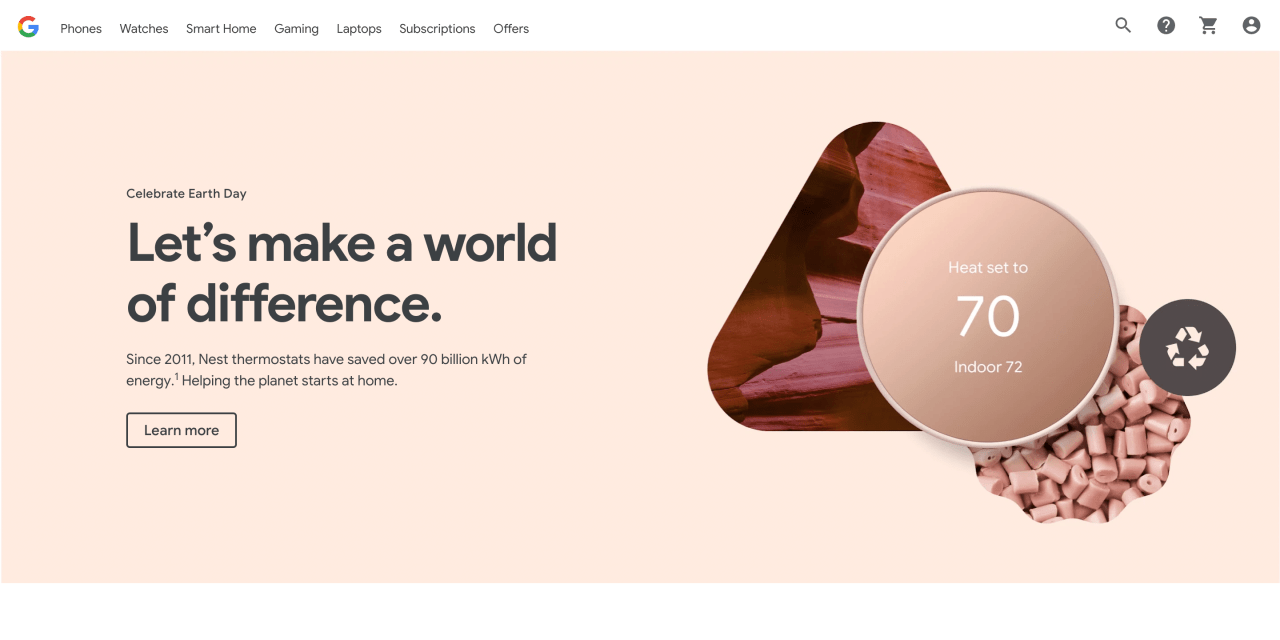 Almost two years after the last revamp, the Google Store is getting a redesign that simplifies navigation and lays the groundwork for future products, most notably the Pixel Watch.

For the past two years, the top of store.google.com has directly listed Google’s hardware brands: Pixel, Nest, Stadia, Fitbit, and Pixelbook, as well as Subscriptions and Special Offers.

This latest redesign generalizes it to: Phones, Watches, Smart Home, Gaming, and Laptops, while it’s Subscriptions and just “Offers.”

This is very similar to the pre-April 2020 design, though it was previously “Connected Home” instead of “Smart Home,” which is an improvement. “Laptops” was also “Laptops & Tablets” given the Pixel Slate.

“Watches,” which comes as Google is rumored to be releasing a Pixel Watch in the near future, is positioned directly after “Phones” instead of Smart Home getting that second billing. It’s just home to the five existing Fitbit products today.

To be pedantic, the plural nature could hint at how Fitbit smartwatches and fitness trackers will still be sold alongside the Pixel-branded wearable. In fact, we recently reported on a lineup of new Fitbit OS-powered devices. Overall, the Google Store is laying the groundwork for supporting the Pixel Watch launch.

The redesign also changes how site navigation works. When tapping a product category, you’re now directly taken to a landing page instead of a menu overlay that in the case of “Pixel” was used to list wireless earbuds, charger, cases, and other accessories. Those last few items can now be accessed in the carousel on the overview page.

This redesign is currently live in the US, UK, Germany, and Japan. It’s not yet live in Canada, France, Taiwan, or Australia.