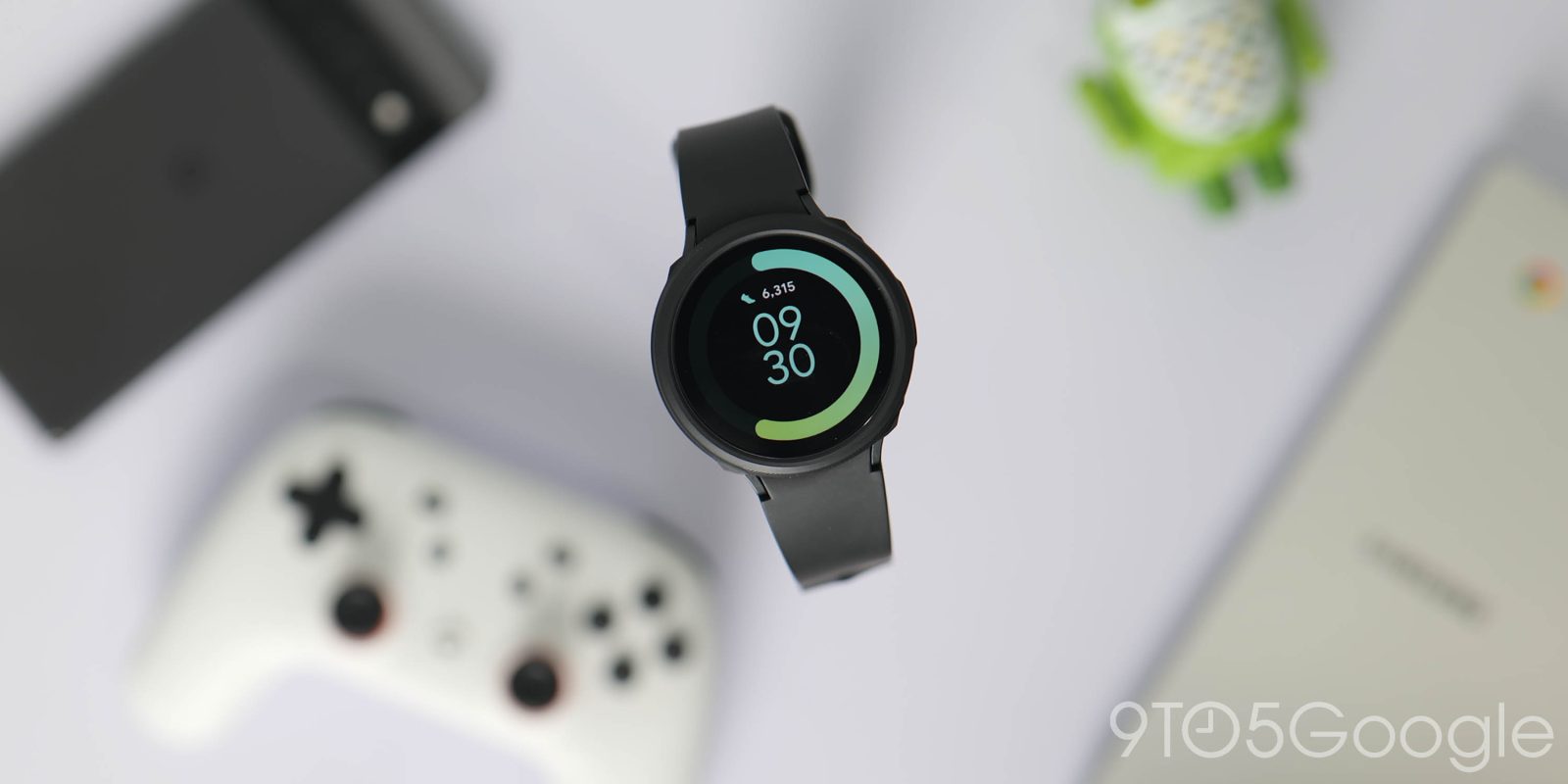 In 2022, it looks very much like we’ll finally see a Google-made smartwatch. It seems as though the Pixel Watch has been in the pipeline for a number of years, but all evidence points to a launch at some point this year. This is our Pixel Watch wish list.

Smartwatches of various shapes and sizes are available across the wide spectrum of Android but what tends to happen is that when more functions and features are added, the lower the battery longevity. If we’re talking purely from a base expectations point, a multiple-day battery would certainly be towards the top of our Pixel Watch wish list.

In this instance, “multiple days” can simply mean longer than one. Samsung’s recent Galaxy Watch 4 is a prime example of a watch that can manage multiple days but by hour thirty, you’ll likely be seeking the magnetic charger. Being able to run the Pixel Watch for at least two days without worrying about battery life would be incredible.

Plenty of onboard storage

Most people do not need masses of storage space, but it certainly makes life easier if you want to download files like music, podcasts, and apps. While you may not need masses of applications, Hi-Fi streaming platforms mean larger audio files. With that in mind, a high storage overhead ensures that you can store large playlists of high-quality content without fear of filling up your smartwatch.

Proprietary chargers are not only annoying they mean more e-waste. The Google Pixel Watch should offer a simple charging method that is compatible with other smartwatches where possible. Qi wireless charging and Pixel Stand compatibility would be ideal here. If there is going to be an in-the-box accessory, a multi-device compatible magnetic puck that fits on a USB-C cable seems like the most sensible solution alongside wireless charging. Heck, we’d be happy if Google just used the same charger as the Galaxy Watch 4.

One of the best features of Pixel smartphones that doesn’t seem to get talked about often enough is the Now Playing feature. Being able to identify songs automatically on your wrist would be a great tool but, of course, there are some potential battery life concerns.

Tying your Now Playing history to your wrist also means that the feature could tie into watch faces and sync history across your smartphone and smartwatch could be a killer addition. The recent lock screen search toggle would be perfectly placed on the Pixel Watch if it comes with Always-on display functionality too.

We’ve found evidence that the Pixel Watch will be the first to add the new Google Assistant to Wear OS, but we’re still pining and want it on our wish list just to be safe. Since 2019, we’ve seen the Google Assistant evolve and gain new functions and features that would be nice to see on a wearable for the first time.

Live translations or interpreter mode would be a massive addition, as would full hands-free controls for settings fitness routines and the like. Sure, you might not use it all the time, but as a core Made by Google product, it’s an essential integration that needs to come to your wrist all offline and without needing to access mobile data.

Being able to take and place calls is a nice bonus of a smartwatch or wearable device. Although by no means near the top of our Pixel Watch wish list, it would be great to get a solid microphone and speaker on the upcoming smartwatch.

A good speaker and microphone are going to be very important if the Pixel Watch brings the new Google Assistant to your wrist. If not, voice detection and audio feedback will certainly dull the experience. Often these two hardware options are afterthoughts in smartwatches, but if you want to take and place calls directly from your wrist and interact with the best voice assistant on the market, you need the best audio experience possible given the hardware size limitations.

There are certainly signs of deeper Fitbit integration after we unearthed watch faces that include the company logo. Direct integration with Fitbit is long overdue now that Google officially owns the fitness wearable firm. If there is no Wear OS-powered Fitbit in the works, then bringing enhanced tracking features to a Pixel Watch is the most sensible way to better integrate Google Fit and Fitbit services.

While Google Fit is okay for the most part, it really lacks some in-depth tracking features that you’ll find on Fitbit hardware. Being able to get more granular health and fitness data right there on your wrist would help the Pixel Watch compete better with the wealth of wearables already on the market.

Unlike the Pixel 6 and the Tensor processor, being at the top of the tree is more important for the first Google wearable. We’re hoping that with some serious optimization, Google can certainly make the Pixel Watch the fastest and smoothest Android smartwatch experience. Annoyingly, in general, Wear OS watches have been underpowered for a long time, which means the bar has been set fairly low to begin with.

Simplifying the pairing and sync process between your smartphone and smartwatch would be a godsend, and the Pixel Watch is certainly the Wear OS watch to finally do that. At this point in time, you still need to use a dedicated app on your device to connect to most smartwatches. Simply pairing often means you miss out on features as the in-depth setup process will not initiate without a dedicated app.

We’ve seen Fitbit watches gain Fast Pair support in a similar manner to the Pixel Buds but we’d love the option to be available to the Pixel Watch when it arrives. This could also help you connect your watch to your account and make the process of switching from device to device a little quicker. Obviously, it’s a little more complicated than just adding support but it would really streamline the initial setup and onboarding process, something that Apple takes very seriously with iOS and Mac accessories.

We’re sure that Google will add a number of exclusive features to the Pixel Watch at launch but like the smartphone series and to a lesser extent the Pixel Buds, we’re hoping to see Pixel Feature Drops become a staple part of the wearable. While quarterly updates work well for smartphone OS releases, semi-regular OTAs with a number of new features would certainly help differentiate the upcoming Wear OS hardware.

We’ve laid out what we really hope for in our own Pixel Watch wish list, but we already have some idea of what the first-ever Google wearable will offer come launch. We’re expecting a rounded chassis that could closely resemble the Ressence Type 3 design, but without the exorbitant price tag. That means no bezel, but a curved screen.

Another recent report suggests that the Pixel Watch will be available in three colors — gray, black, and gold. This is very similar to the current flagship Fitbit lines, but like the recent Pixel 6 Pro lineup, we’d wager some Google-y tonal changes could be afoot here if the rumor is proven true.

While digging into references of the “Rohan” codename across various places in Wear OS related code, we’ve seen evidence suggesting that the device may be powered by a Samsung Exynos processor. At this stage, it’s still not clear whether this is going to be the exact same chip as found in the Galaxy Watch 4, the Exynos W920. However, the tight working relationship between Google and Samsung on Tensor and Wear OS 3 means it could very well be the same processor.

A firm release date is not yet known but previous reports suggest “Spring 2022” is the timeframe in the pipeline. One would wager that I/O 2022 could be the perfect opportunity to launch the Pixel Watch alongside the Pixel 6a with a price that will “compete directly with the Apple Watch.” That said, no concrete evidence has been shared at this point in time.

What would you like to see from the Pixel Watch when it finally breaks cover? Are you hoping for a direct Apple Watch rival or something that competes with the current best-in-class Galaxy Watch 4? Let us know down in the comments section below.