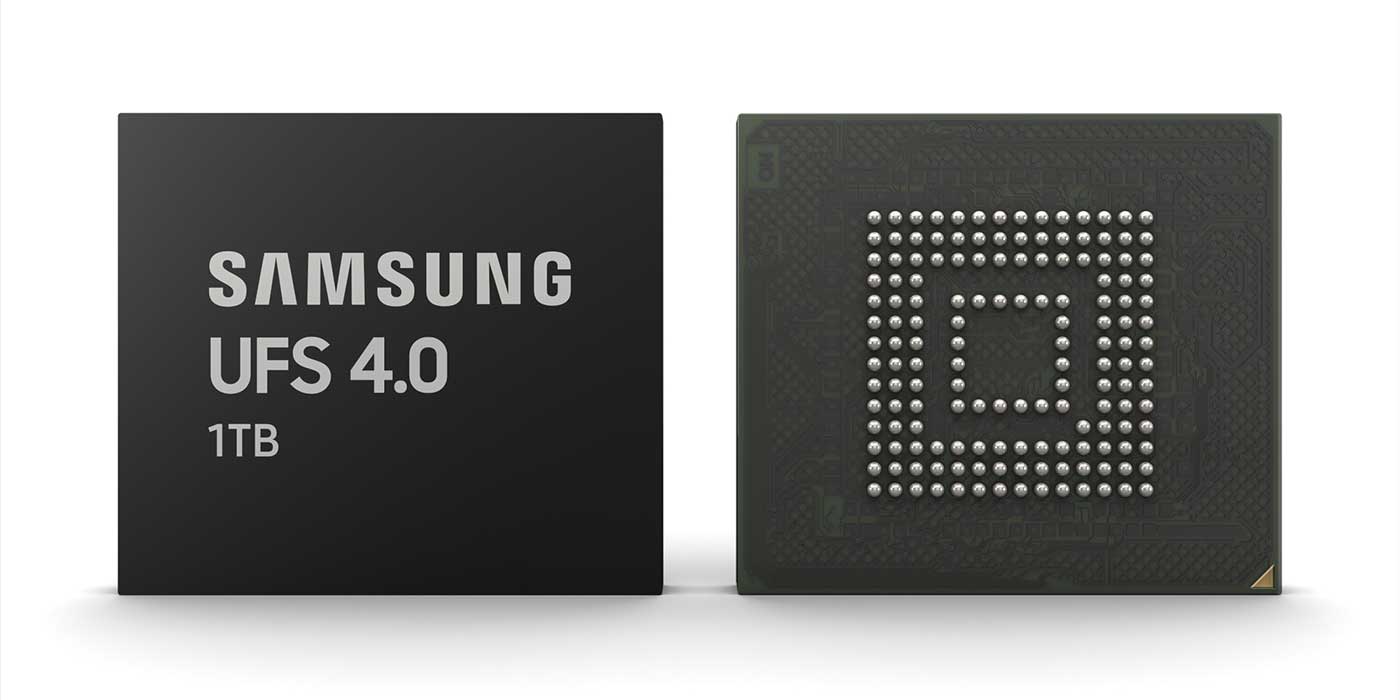 UFS or Universal Flash Storage is the backbone of many Android phones, tablets and other portable tech. Faster than other forms of flash storage, it improves load times and in tandem with a high-end processor, ensures that your flagship smartphone feels snappy.

Samsung Semiconductor has now confirmed several details of UFS 4.0, which could be used in the upcoming Galaxy Z Fold 4 and Galaxy Z Flip 4, but will more likely be used in the Galaxy S23. This new flash storage standard offers major performance gains over UFS 3.1 with max data transfer rates of 23.2Gbps per lane. Samsung says that this is double that of the 11.6GBps max speeds of UFS 3.1 and will enable 5G smartphones to process AR and VR more effectively.

That’s not all as sequential read speeds cap out at 4,200MB/s with sequential write speeds up to 2,800MB/s. Samsung says that this is made possible thanks to the 7th Gen V-NAND tech. On top of these speed gains, power efficiency is said to be 46% better with UFS 4.0 over UFS 3.1. This could help ensure that your next smartphone has even greater lifespan with a sequential read speed of 6MB/s per mA.

This new storage tech is based upon the JEDEC standard specification and is set to be used in upcoming flagship smartphones alongside being used in AR, VR, and even automotive applications.

Samsung has said that UFS 4.0 will enter mass production in Q3 2022 and will be available in capacities up to 1TB. We’ll potentially see late-2022 flagship smartphones coming with UFS 4.0 storage and this hints at Samsung’s next wave of smartphones and foldable utilizing the fastest flash storage available.