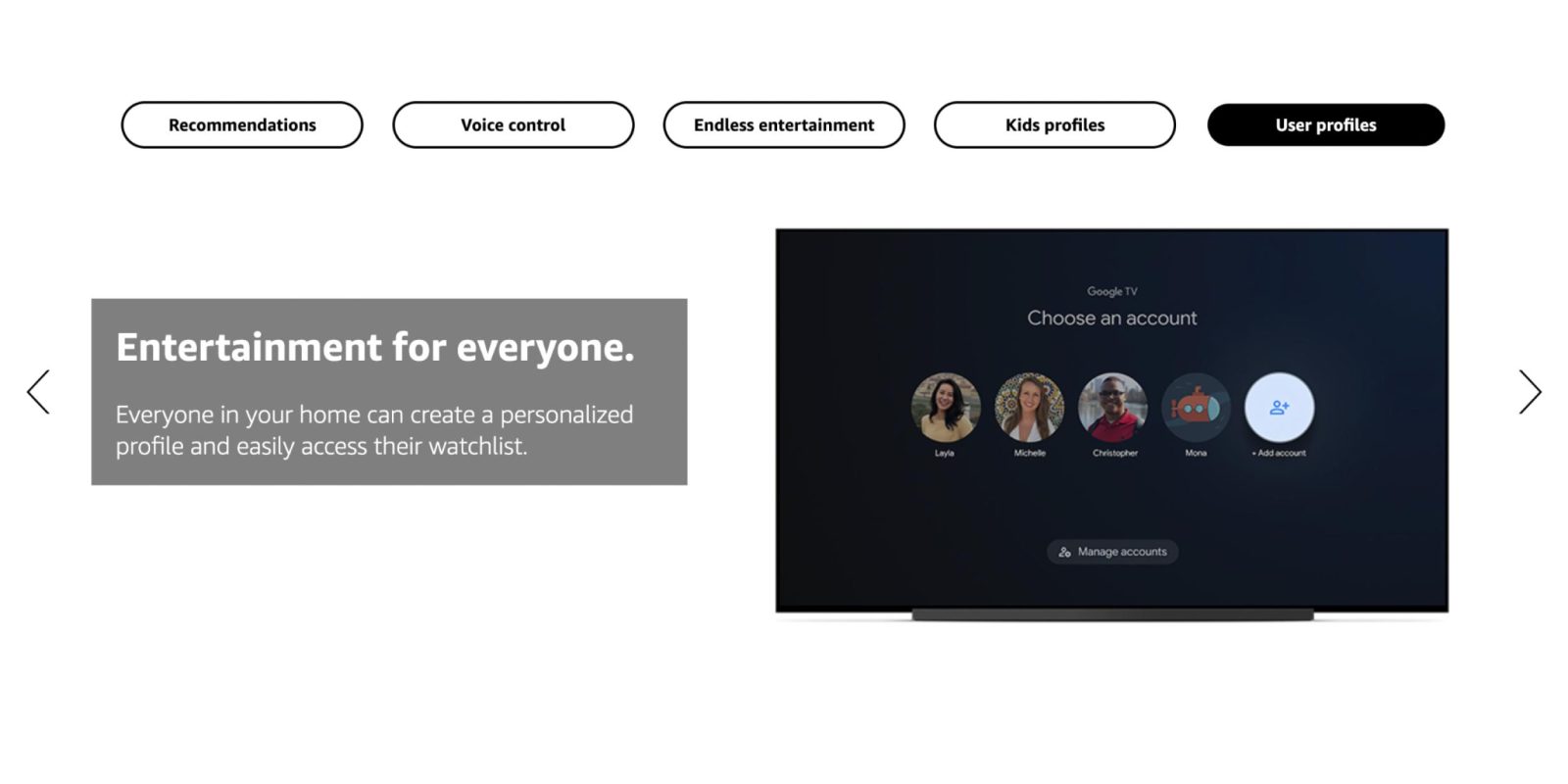 In a rather curious turn of events, Amazon has put what looks to be the existing Chromecast with Google TV up for pre-order with an availability date of next week.

In the US, the Chromecast with Google TV listing — in “Snow”/white — on Amazon says that “this item will be released on May 13, 2022” and that you can “Pre-order now.” That Friday is notably two days after the main Google I/O 2022 keynote where hardware is expected to make an appearance.

Going off the “item model number” (GZRNL), this is the same Chromecast that has been available since 2020. No other retailers have made the streaming dongle unavailable in recent days, while third-party retailers on Amazon are still selling it.

Besides the pre-order change, the Amazon listing (as seen above) looks to have recently been updated to mention “User profiles.” Appearing alongside features like “Kids profiles,” “Voice control,” and “Recommendations,” we have a picture that Google previously shared of the capability before it was delayed last year.

Everyone in your home can create a personalized profile and easily access their watchlist.

No other retailers today mention account switching, so its addition must have been fairly recent.

Taking these two oddities into consideration, we — at the very least — could be looking at Google having retailers update their marketing for the Chromecast with Google TV. The reason for that could be the rumored “Chromecast HD with Google TV” that has already seen Google label packaging for the 2020 model with “4K” stickers. Meanwhile, the updated listings imply that Google TV user profiles are coming sooner than later, and that’d make for a nice software upgrade.

More ambitiously, which we do not believe to be the case as there’s no other supporting evidence, is the idea that Google is making a small tweak to the Chromecast. For example, doubling storage from 8GB to 16GB would do a great deal for the user experience, and be an immediate upgrade for existing owners. Again, there’s no sign that this is the case, but it would serve to better differentiate the 4K model and this upcoming HD variant.