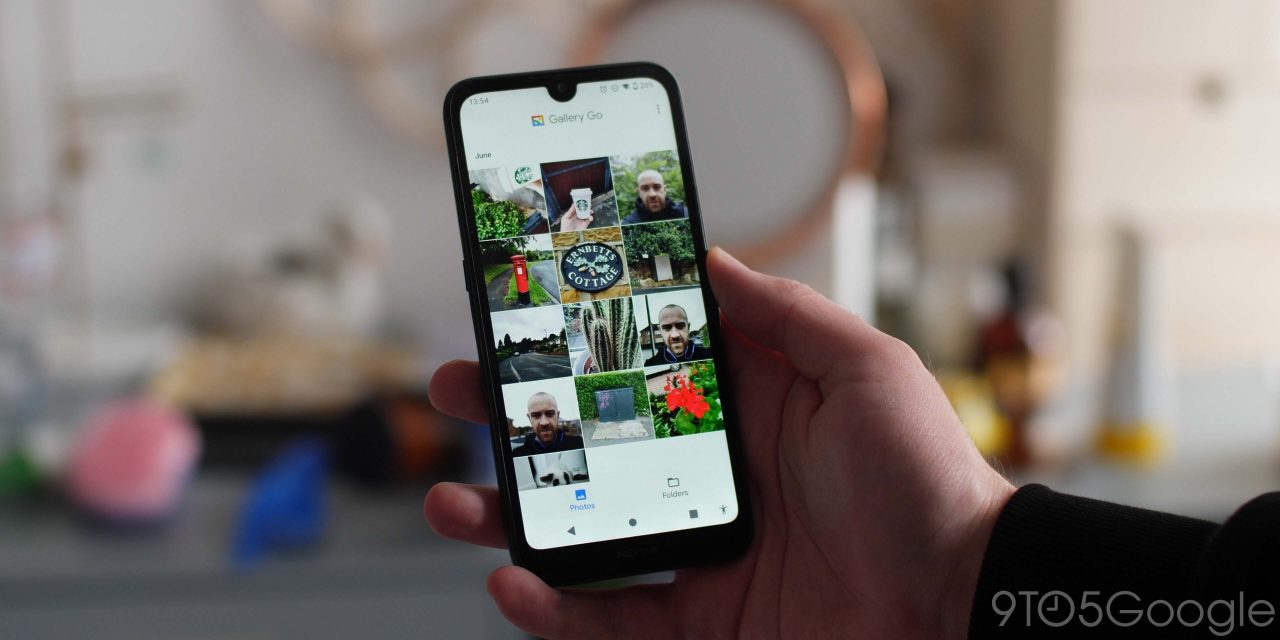 Later this year, YouTube Go will shut down after being deemed no longer necessary. In a possible sign of things to come, Google’s “Gallery Go” app this week lost its “Go” branding.

Android Go debuted in 2017 (8.0 Oreo) as a version of the operating system optimized for lower-end hardware. This initiative extended to first-party apps that were redesigned for the OS variant. The initial wave of apps that appended “Go” to the name included Google Search, Assistant, YouTube, Maps, and Gmail.

Gallery Go launched in mid-2019 as a lightweight version of Google Photos that was particularly focused on offline usage. Coming in at under 10MB, the app can automatically organize your library into people, selfies, nature, animals, documents, videos, and movies, while there’s simple auto-enhance editing.

With version 1.8.8.436428459 this week, the app is now just called “Gallery.” “Go” has been removed from the icon/name, app bar, and Play Store listing. At over 100 million downloads, it’s one of the handful of Go apps available for all devices. (Search, Maps, and its Navigation component are the others.)

There’s actually some precedent for a branding change of this nature with “Files Go” becoming “Files by Google” in 2018. That marked the app pivoting to a wider audience, but it’s unclear if Gallery will follow a similar path as Google Photos is remarkably popular and an important product.

It’s too early to determine whether a broader change of the Android Go initiative is underway, at least for applications. Android 12 Go with several changes was announced at the end of last year for a 2022 launch, while YouTube Go’s pending removal suggests that the main apps are optimized enough.