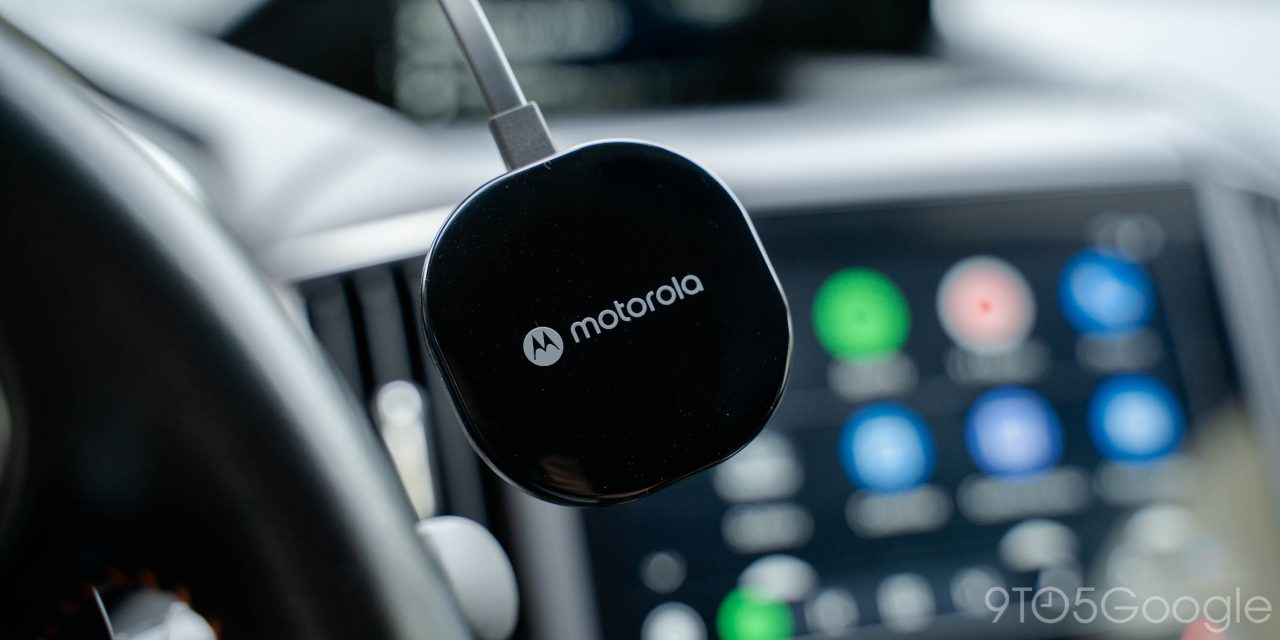 Launched early this year, the Motorola MA1 is the device that brought the idea of a wireless Android Auto adapter to the mainstream market, despite it not being the first. In the time since, the Motorola MA1 has also quietly expanded sales to Best Buy.

Motorola MA1 is now available at Best Buy too

Initially launching at Amazon and Target, the Motorola MA1 adapter for wireless Android Auto is now available through Best Buy’s online store. The product appears to have only been available for the retailer for about a month at most but launched mostly without any fanfare. Pricing still lands at $89.99, and the device has picked up a 4.9-star rating at the retailer.

Like Amazon and Target, though, Motorola MA1 at Best Buy is suffering from the same stock issues. The product is completely out of stock at the time we were publishing this article, but it was available recently. As of June 3, the product was in stock for at least an hour, which beats out the mere seconds that other retailers manage. But even that quickly dried up due to the pent-up demand.

Target is usually the best way to get the MA1, with notifications giving eager buyers a few seconds to attempt getting the device. But still, even six months after its launch, it’s remarkably difficult to buy the Motorola MA1, but it’s nice that Best Buy will be another option to attempt purchasing. Amazon usually has ways to buy the MA1, but that’s often through scalpers who are inflating the price.

Is Motorola MA1 worth it?

We reviewed the Motorola MA1 earlier this year and praised it for its super convenient connection and reasonable pricing. It truly is a plug-and-play way to get wireless Android Auto in your car. We said:

Motorola MA1 does the job it sets out to do. It turns a wired Android Auto connection wireless, and I hope it’s just the beginning of products like this hitting the market.

However, it didn’t come without issues in our use.

Our unit developed lag issues with a Pixel 6 Pro that other wireless Android Auto adapters didn’t. While this can be chalked up to the phone most likely, it shines a spotlight on the fact that the Motorola MA1 lacks a way to update its firmware, which could cause trouble over time. AAWireless and Carsifi remedy that problem, but they’re also not particularly easy to obtain, as they’re both sold through Indiegogo instead of traditional retail.