Android Auto for Phone Screens is officially dying for everyone 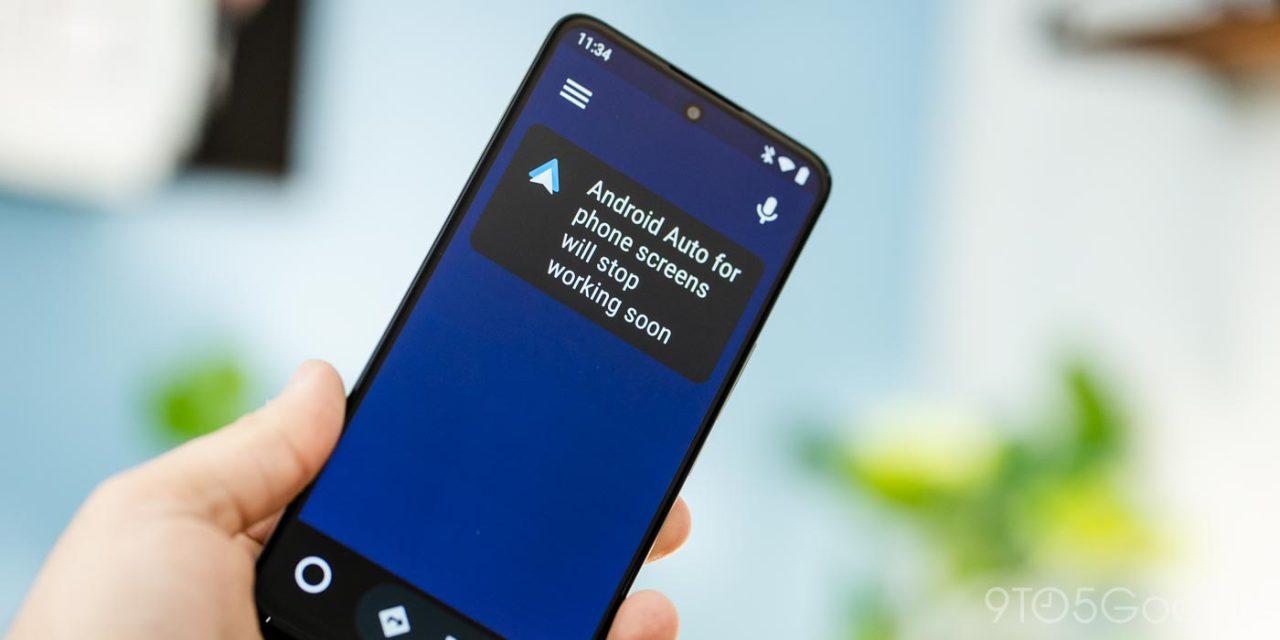 Android Auto is an excellent platform, but as it’s evolved, it’s also removed some of its features. Over the past week, it’s become clear that Google is ready to say goodbye to the Android Auto for Phone Screens experience in its entirety.

Over the past week, reports on Reddit and reviews in the Google Play Store have brought light to a message that appears in the Android Auto for Phone Screens experience.

The straightforward message appears front and center within the Android Auto for Phone Screens app and, unfortunately, offers no other details. The experience seems to be closing off for good soon, but there’s no set date on when it will expire.

This doesn’t come as a huge surprise, as Google already shut down the experience in 2021 on newer Android phones. Starting with Android 12, the Android Auto for Phone Screens app was no longer available for installation, and wouldn’t even properly launch if installed. Google had effectively cut off the experience for newer devices, but left it open for older versions of the platform.

In a statement, Google confirmed that Android Auto for Phone Screens is being done away with, but declined to share any information on when the app will stop functioning. The statement follows, emphasis our own.

For the people who use Android Auto in supported vehicles, that experience isn’t going away – and in fact we announced an upcoming major UI improvement recently at Google I/O. For those who use the on phone experience (Android Auto mobile app), they will be transitioned to Google Assistant driving mode which is our next evolution of the mobile driving experience. We have no further details to share at this time.

With the end of this on-phone experience for Android Auto, many are surely wondering what the replacement will be. Sadly, there really isn’t a full replacement on the table. Unless you’re willing to spend the money for a new vehicle equipped with Android Auto, or a device that adds it to an existing vehicle, you’re pretty much out of luck.

But, Google does have another experience designed to be used in the car. Google Assistant Driving Mode arrived with Android 12 and offers a driving-optimized experience for Google Maps and Assistant, both of which also integrate with media apps. It’s a starkly different experience, but one that can handle a lot of the same things.

Android Auto for Phone Screens was only a stop-gap anyway

And really, this experience was only ever meant to be a stop-gap. The experience initially debuted when Android Auto was still relatively uncommon in new vehicles, and the separate app quite literally exists solely because Google Assistant Driving mode was delayed in the first place.

There was always a ticking clocking on Android Auto for Phone Screens, and while we’re certainly sad to see that it will be going away soon, it’s not a big shock that Google is finally ready to pull the plug.