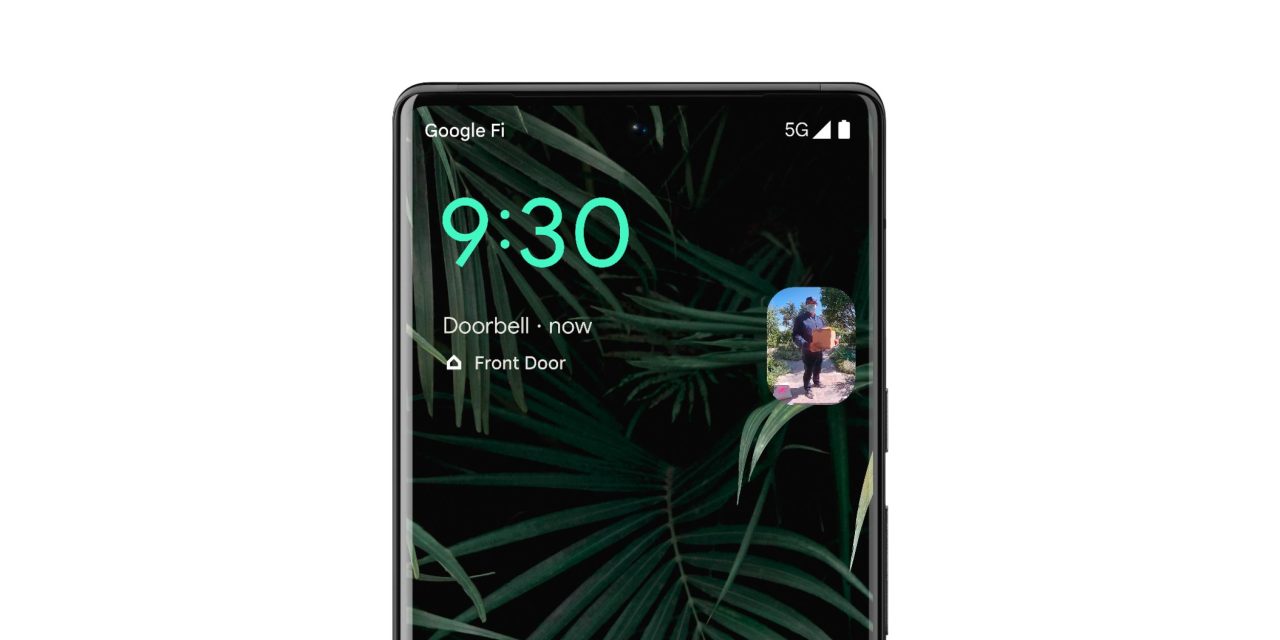 Google officially announced that At a Glance on Pixel phones would be getting Nest Doorbell integration at the start of this month and it’s now widely rolling out.

When somebody rings your Nest doorbell, you will see a miniature portrait preview in At a Glance on Pixel. This appears both when you’re on the lock and homescreen, with the widget providing other details to the left. A tap opens the full feed in the Google Home or Nest apps, which have to be installed for this integration to work.

Announced at the start of last week, “Doorbell” is now rolling out in the At a Glance features list as the first settings toggle. It shows up for all users, even if you don’t have a Nest Doorbell in your smart home.

Enabled automatically, it can be disabled entirely: long-press the top of your homescreen and select Customize. Looking ahead, this feature will fit right in on the upcoming Pixel tablet whose Pixel Launcher does feature At a Glance.

Some users have actually had the Doorbell preference since April, but it’s only now widely rolling out on Android 12 and 13. It follows the availability of Flashlight alerts last week with Air Quality warnings for your current location being the last unavailable feature from the June Feature Drop. However, the company only said this was “coming soon” in the US, India, and Australia.

Overall, this At a Glance rollout has been much faster than before.