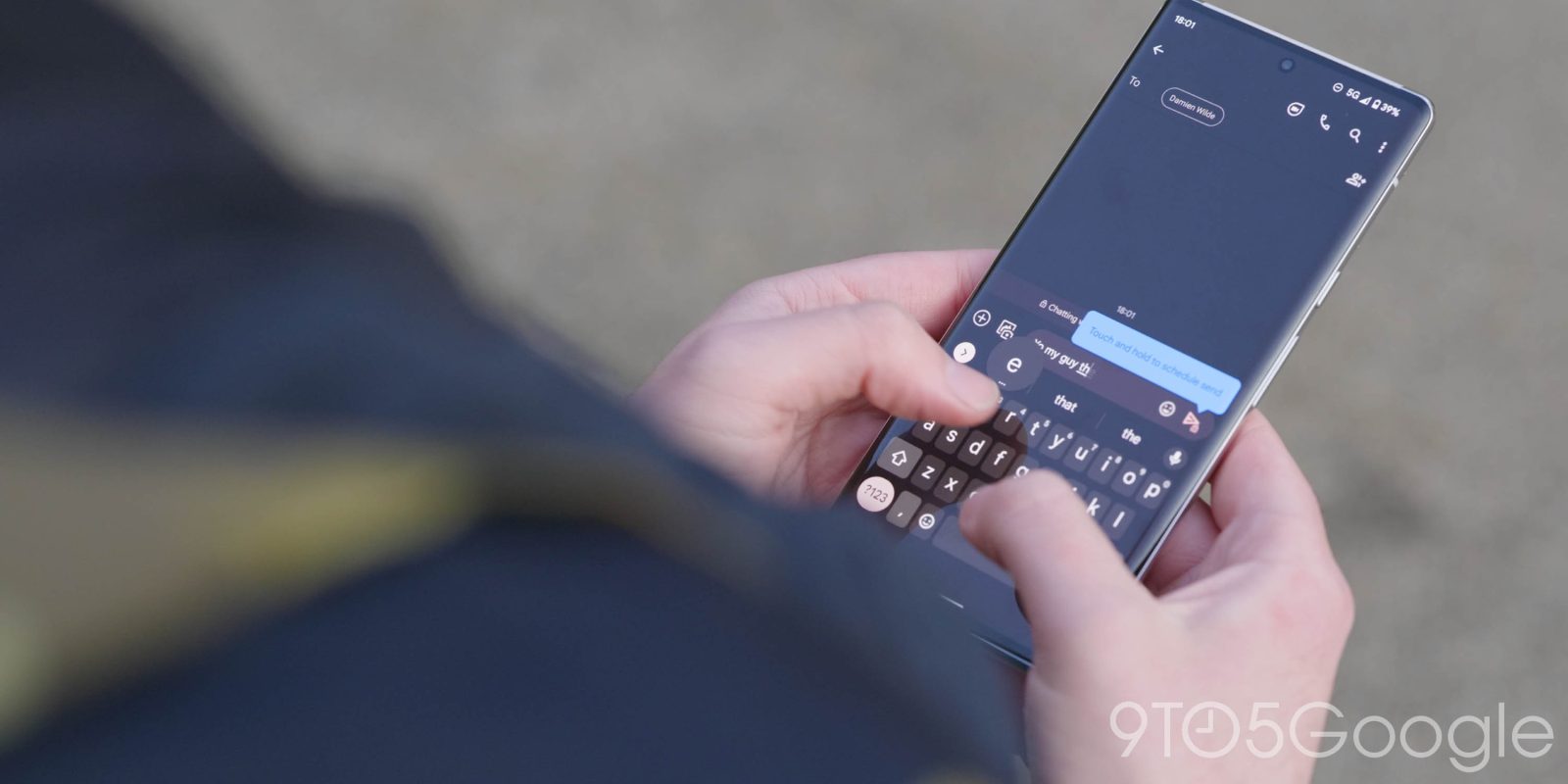 Further to an existing Emoji Kitchen feature within Gboard, Google’s first-party keyboard now appears to be highlighting or surfacing the emoji-laden sticker packs in the predictive text bar.

Expanding upon the contextual stickers that were first spotted back in March, we are starting to see Emoji Kitchen creations within this emoji bar or strip more contextually on our own devices. It’s important to note that Emoji Kitchen is simply a collection of algorithmically created stickers. And so, this is a great way to highlight the feature when using various messaging apps on Android.

Sometimes when typing out a message and with the “Emoji stickers” feature enabled, Gboard may show contextual emoji suggestions within the predictive text bar that you can select or paste into the body of a message. Often these are the common Unicode characters but, as mentioned above, you may get custom stickers related to your conversation. Think “Happy Birthday” or “Congratulations” where appropriate. This would appear in the left-most predictive text row and could be expanded with a tap.

It very much seems like Gboard is surfacing Emoji Kitchen creations more frequently when you enter specific keywords or even other emoji into the text field of your favorite messaging apps. This will vary upon just what you type out and reacts more consistently when using, interestingly, emoji. Tapping the mini Emoji Kitchen creation at the right-most predictive text bar section simply opens up a larger picker that lets you choose from recently used or unique concoctions dreamed up by Gboard.

As noted, this is likely a mere expansion of the aforementioned contextual sticker suggestions but combined with the situational Emoji Kitchen suggestions that require you to fully expand the emoji keyboard. However, when there are over 15,000 different Emoji Kitchen stickers that you can potentially see and use, this might help uncover some creations you never thought were possible — which makes them perfect to send on to your friends and family.