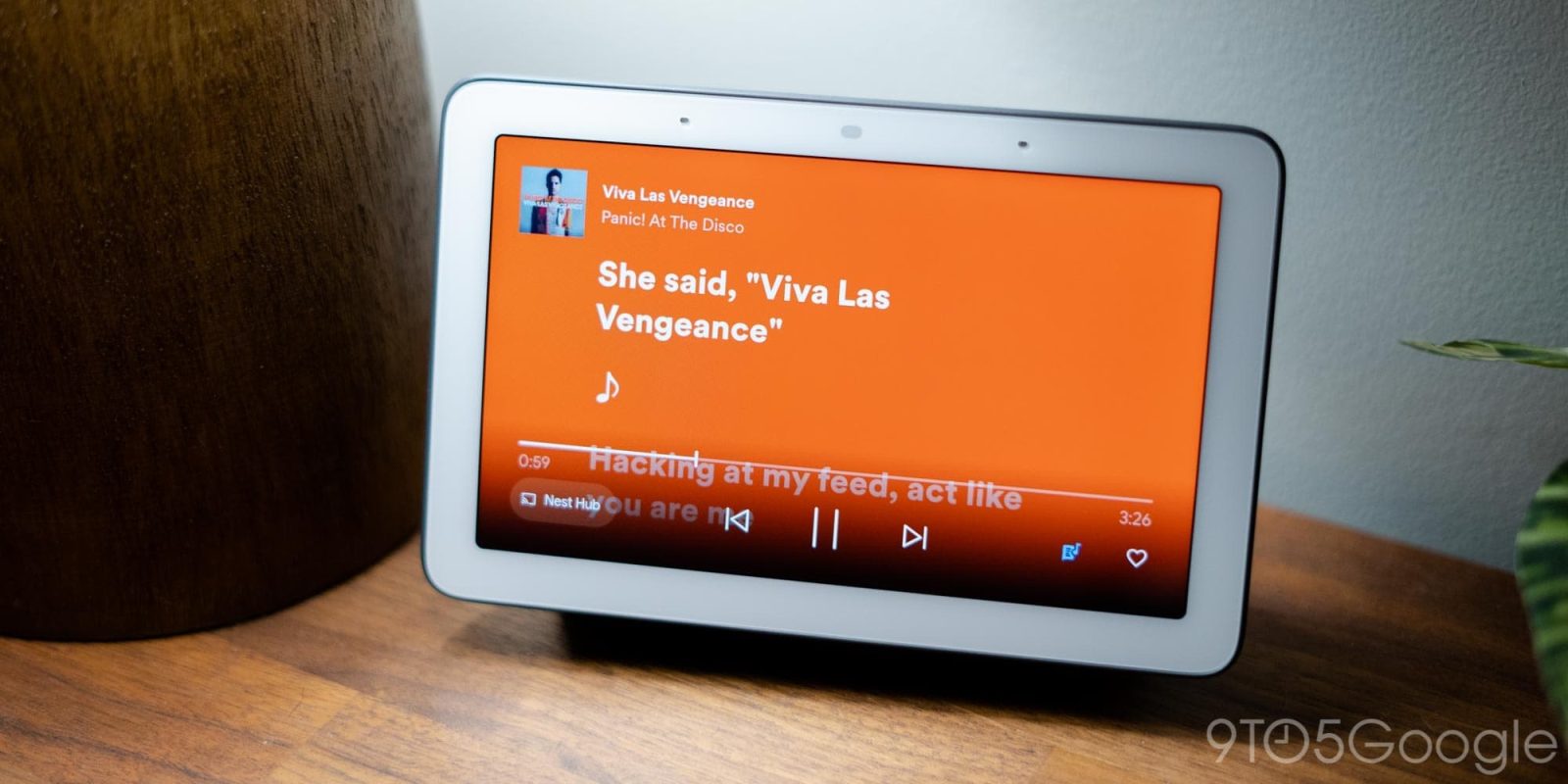 After introducing real-time lyrics on Android, iOS, televisions, consoles, and the web in November, Spotify is now bringing them to the Nest Hub and other Google Assistant Smart Displays.

When playing a song on the Nest Hub, Spotify’s fullscreen media controls now feature a lyrics button next to the bottom-right corner heart. Tapping swaps the background image for scrolling text that highlights the current line as the track progresses. Future lines appear underneath the transparent row of controls.

The lyrics feature also notes – 🎵 – when there are no words, and it will remain enabled as you switch tunes until you turn it off. As you approach the end, Spotify says the lyrics are “Licensed & Provided by MusixMatch.”

It’s a convenient feature and something that Google Play Music first offered in late 2018. However, that capability was never brought over to YouTube Music, which does offer lyrics – albeit static – in the Now Playing UI on Android, iOS, and the web.

With this launch, Spotify has lyrics parity on its major platforms/clients. The feature works on both Spotify Free and Premium accounts in our testing this afternoon, with wide availability in recent days. Last year, the company commented on the feature:

Lyrics are one of the most requested features from listeners across the globe. So after iterating and testing, we’ve created an experience that’s simple and interactive—and even shareable. By partnering with Musixmatch, we’re bringing song lyrics to life through in-app access across the majority of our extensive library of tracks.