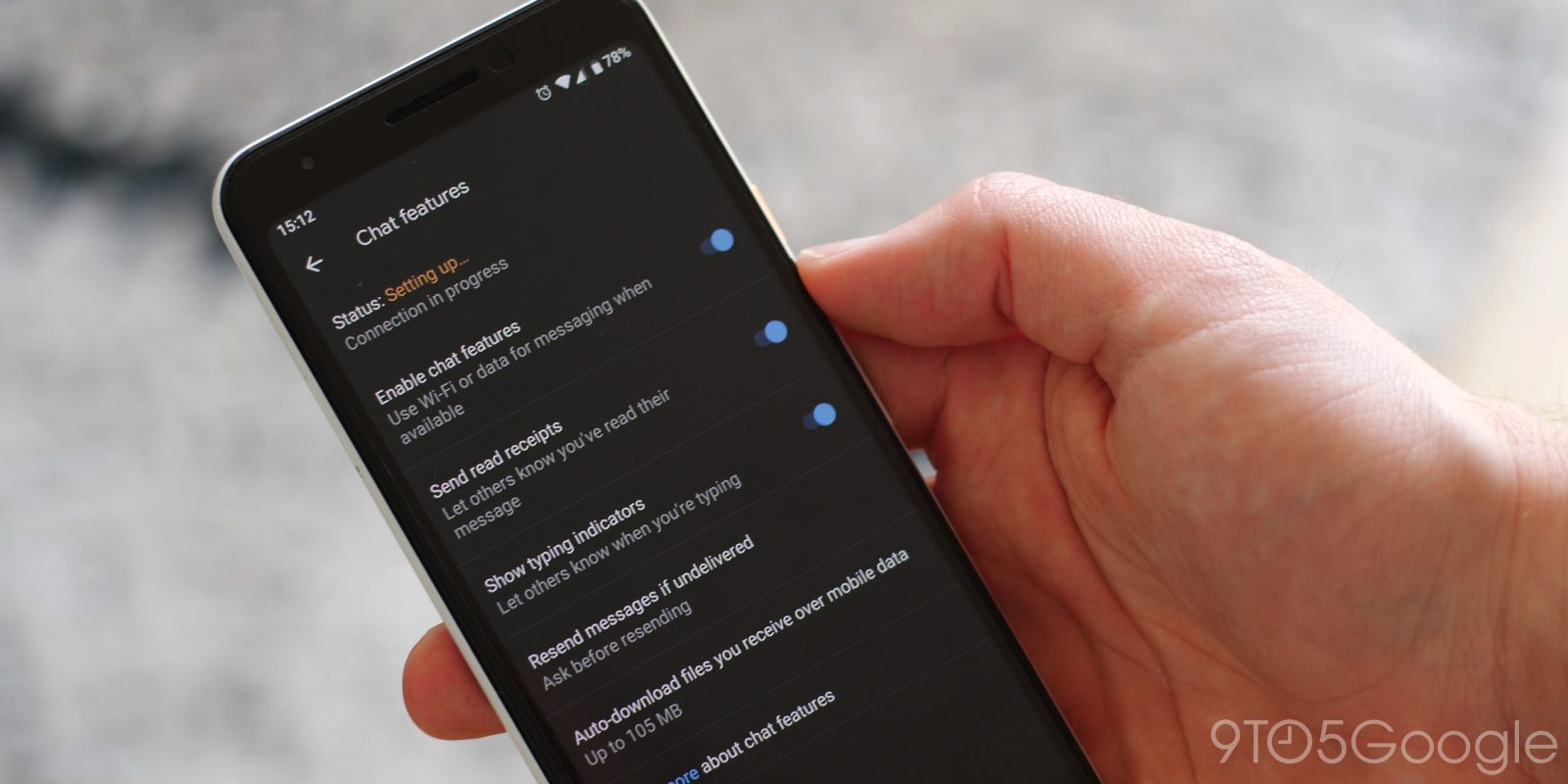 Some Google Fi customers cannot get RCS to connect on their Pixel phones after installing Android 13. That said, this does not appear to be a widespread issue.

Update 8/22: Google told us this afternoon that the “issue has been resolved” and that “RCS messaging should now be back to normal for all Fi customers.”

Update 8/18: Google is aware of the problem and says it impacts a “limited number of Fi customers.” The company is working on a fix.

“We are aware of the RCS issue affecting a limited number of Fi customers and are actively working to resolve it.”

Original 8/17: Following the launch of Android 13 on Monday, a handful of reports have emerged about RCS not working on mobile data. Rich Communication Services functions normally on Wi-Fi for those impacted, but switching to cellular results in Messages just saying “Connecting…” in Settings > Chat features. Upon returning to Wi-Fi, the green “Connected” status returns and everything works again.

For our part, we’re not seeing this RCS issue on two Google Fi Pixel 6a devices running the stable release of Android 13. The transition from Wi-Fi to mobile data occurs normally. It’s also fine on T-Mobile and Verizon Pixel (6 Pro) phones we checked this afternoon.

Some have had this issue since the Android 13 Beta and already filed a bug report. A Google employee on the Android Issue Tracker in May said that this was an error related to provisioning and recommended the following steps:

As of mid-June, this is Google’s latest on the issue:

Thank you for reporting this issue. We have shared this with our product and engineering team and will update this issue with more information as it becomes available.

Those who contacted Google Fi support this week have not been given advice on how to resolve the issue.