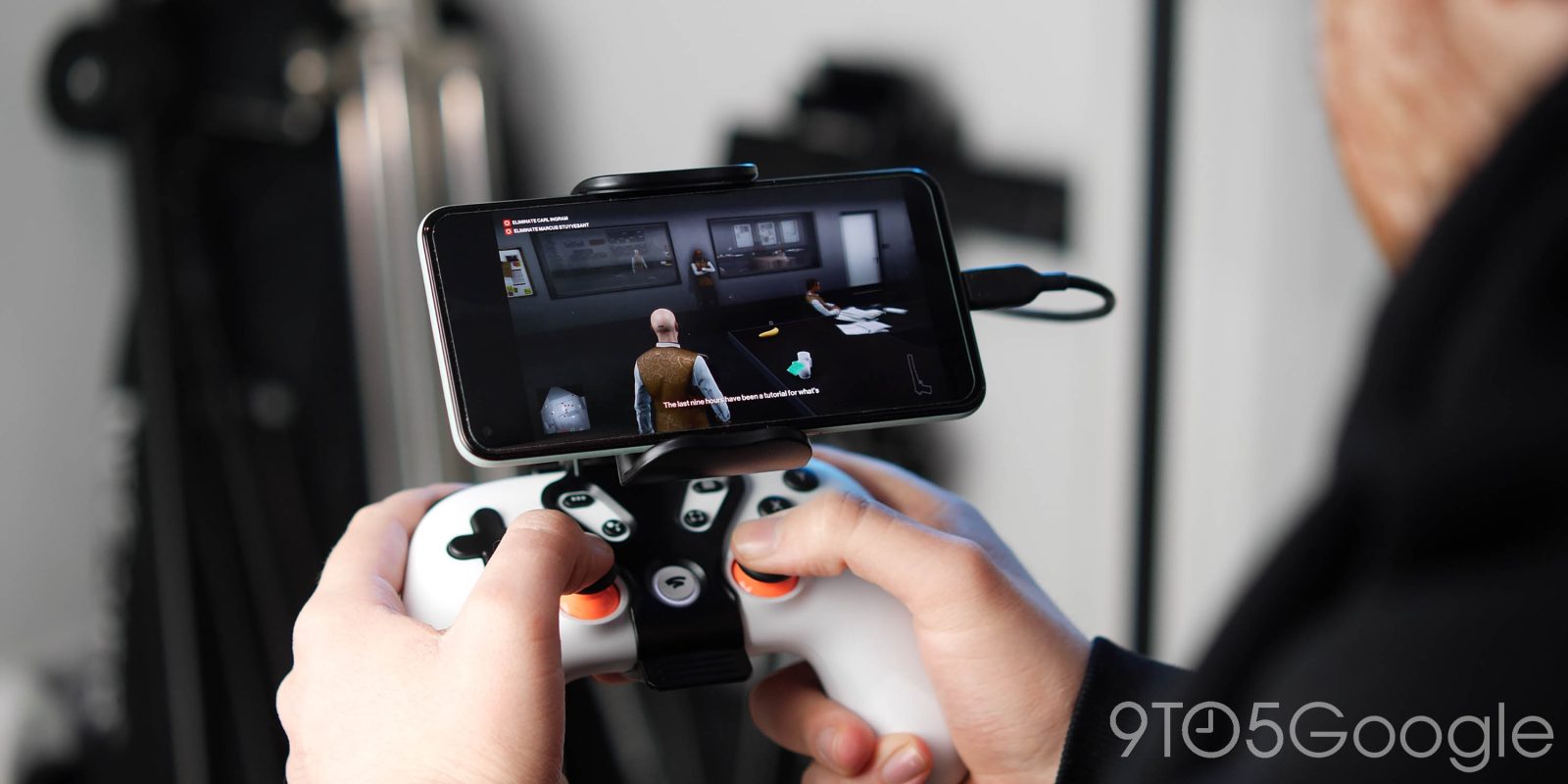 Stadia 4.33 for Android is rolling out now via the Google Play Store, and in it, our team has found early signs of Party Stream coming to Android, as well as a potentially upcoming Ubisoft+ promotion.

Last month, Stadia unveiled a new feature called Party Stream that makes it all too easy to share your gameplay with friends. Where previously you would need to start a YouTube livestream and send the link to your friends, now you can simply enable Party Stream to allow anyone in your Stadia party to tune in.

At launch, that feature was primarily available via the web app, with no Party Stream options available on Android. On the viewer’s end, there is a button in the party menu called “Ask to Watch” which is supposed to prompt your friend to start streaming if they wish. Today, using Ask to Watch on a friend playing via Android simply results in a dialog that suggests you ask them verbally to begin streaming.

In Stadia 4.33, we find new code related to Ask to Watch that suggests Party Stream could be coming soon to the Android app.

For now, we haven’t seen any signs of a more complete version of Party Stream arriving for Stadia, such as being able to manually turn on a stream for your group. Instead, so far it seems that you’ll at least be able to turn the stream on when requested by a friend.

Elsewhere in the update, Stadia 4.33 includes new code and text related to Ubisoft+. It’s already possible to connect your Stadia account to your Ubisoft+ subscription, allowing you to freely stream all of Ubisoft’s Stadia games with no need for a Stadia Pro subscription.

According to newly added text, it seems that Ubisoft+ may be preparing to offer an extended free trial of the service. The promotional text suggests that the service will be free until October 10. Typically, Ubisoft+ only offers one-week trials to new customers.

Try Ubisoft+ at no cost until October 10th.

Considering that is exactly one month after this Saturday’s Ubisoft Forward presentation, we speculate that the publisher could be announcing a monthlong free play period during the event.

As you’d expect, to take advantage of the monthlong promotional trial, it seems you’ll need to actually “subscribe” to Ubisoft+. Based on other text in the app, you should be able to “cancel anytime” after the trial begins.

You’ve linked your accounts. Subscribe to start your Ubisoft+ trial.

As always, though, none of this can be considered confirmed until it appears in the app or is formally announced.

Another tidbit worth noting is that Stadia has changed how it talks about its data usage. In the “Performance” page of Stadia’s settings, you can choose between a few different resolution options, depending on your Stadia Pro status and what your device can support. The estimated data usage shown with each of these options has been slightly tweaked from “may reach” to “is typically under,” like so:

Data usage is typically under 12.6 gigabytes per hour

This is likely just a matter of semantics, but it also leaves open the possibility for a Stadia session to go over the estimated data usage in some situations.