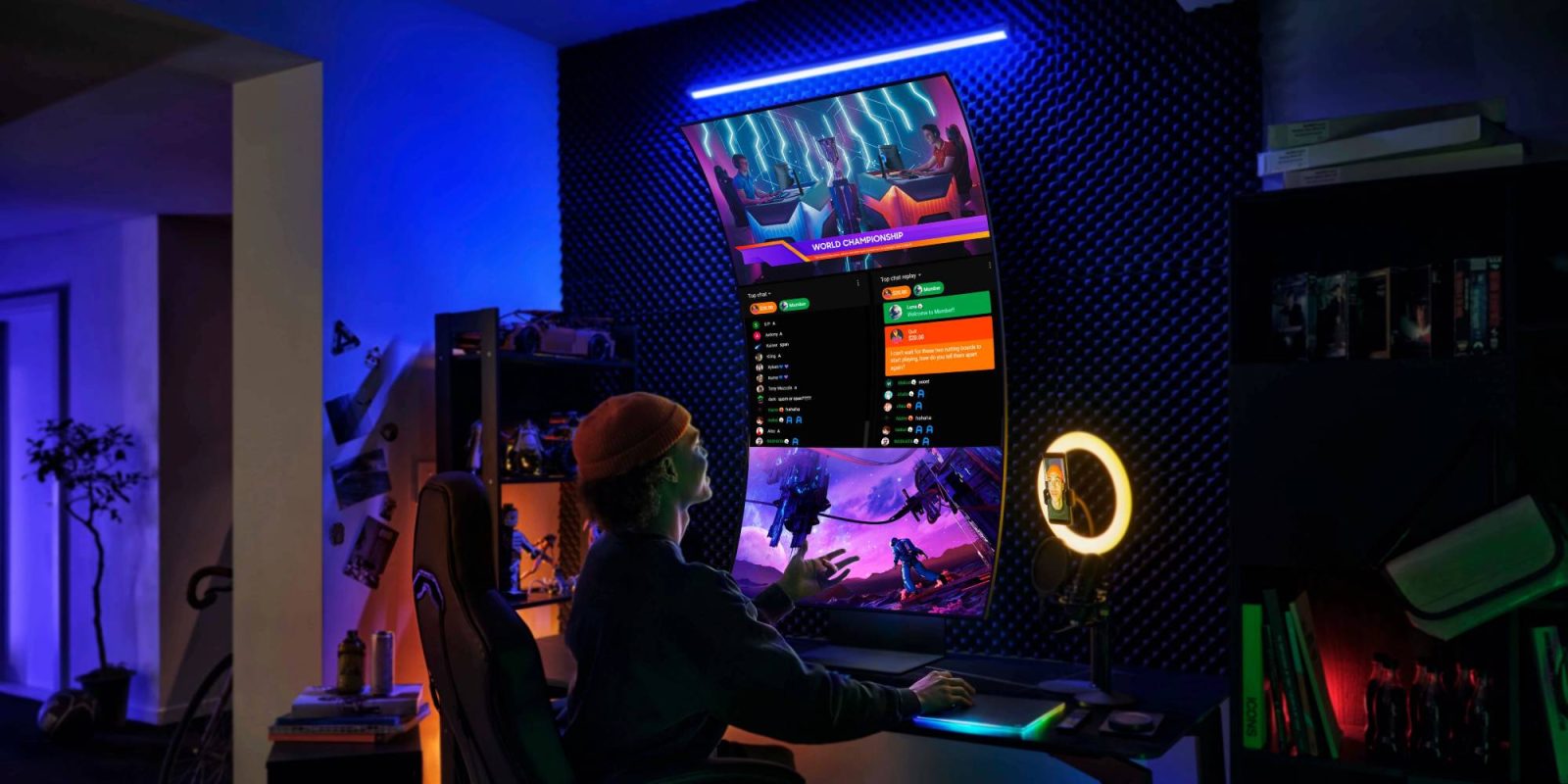 Curved monitors are not uncommon for gaming, but they don’t always feel necessary. With its new Odyssey Ark, though, Samsung is offering a 55-inch curved monitor that is clearly meant for the ultimate PC gaming experience. And, the Odyssey Ark also happens to be the perfect hub for cloud gaming services.

The Samsung Odyssey Ark is a 55-inch, Quantum miniLED 165Hz monitor that has a 1000R radius. In other words, it’s a big, bright, and super-curved personal theater for gaming.

At this point, you might have heard about its massive stand, its ability to rotate to a vertical orientation and become three monitors in one, or its quad-speakers with Dolby Atmos support. 9to5Toys has the full breakdown on what the Ark has to offer, and Samsung describes it as follows:

But, what you might have missed is that this monitor actually has Samsung’s full Tizen OS, and in turn, the company’s new Gaming Hub feature.

Gaming Hub launched first on Samsung’s TVs earlier this year with the idea of putting all of your gaming sources in a single place. It supports inputs such as PCs and game consoles, as well as integration with Twitch and YouTube for watching gameplay. But beyond that, it also has support for Google Stadia, Xbox Game Pass, GeForce Now, Ubotik, and most recently Amazon Luna.

The Odyssey Ark runs Samsung’s full Tizen OS, just like a smart TV. So, on top of cloud gaming services it also supports apps like Netflix, Disney+, and more.

Samsung is asking a whopping $3,499 for the Odyssey Ark, no small price by any means. But, the company is offering $100 off for anyone who reserves the product on Samsung.com.

Update 9/13: Roughly a month after its announcement, Samsung has officially opened up sales of the Odyssey Ark to the public for the same $3,499 price as was mentioned previously. Unfortunately, the company is offering no deals with this launch.