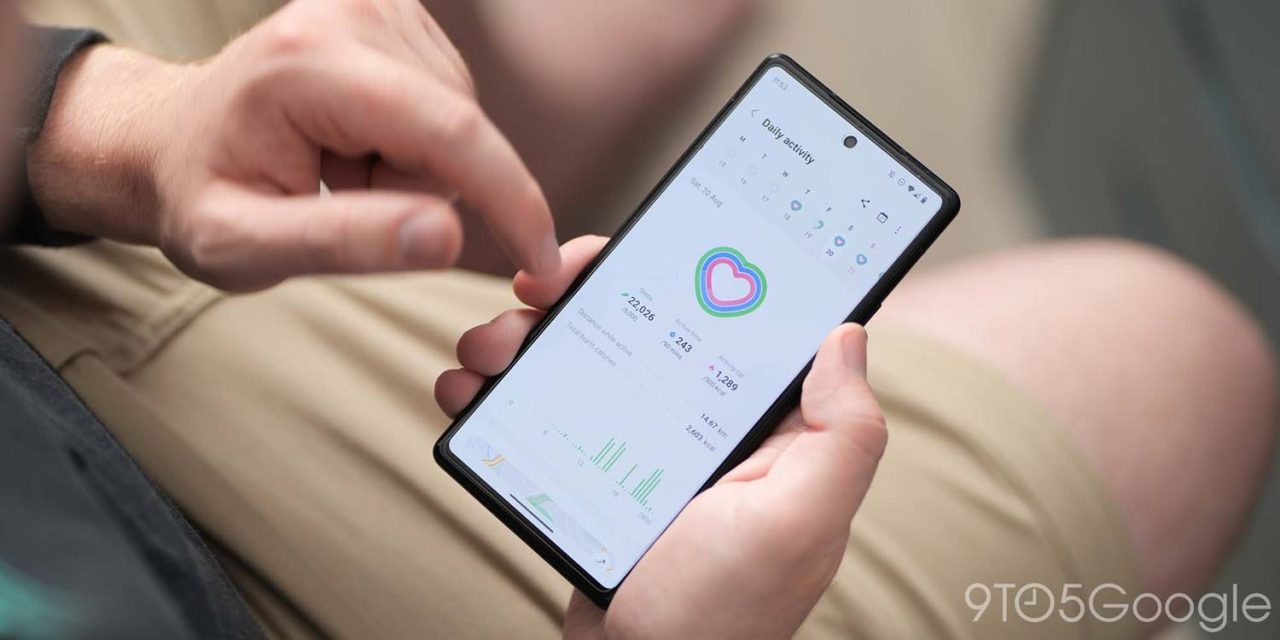 The latest update to Samsung Health for Android unlocks support for a themed icon on Android 13.

As we previously detailed in a roundup of every app that supports themed icons, Samsung Health technically already has a themed icon on Android 12, but it’s powered by Samsung’s launcher rather than the app itself. Now, you’ll see the themed icon for Samsung Health both on Samsung devices running Android 12 or Android 13, as well as Pixel phones.

Health Connect is a service that Google first announced earlier this year as a way to move health and fitness data between different apps and services. This was with the intention of being able to move data from, say, a Withings weight scale to the Samsung Health app. Or steps from Samsung’s app over to Google Fit. It should be a useful service once it fully launches.

So far, only a handful of apps have added support for Health Connect, including Withings Health Mate and Sleep as Android. Now, Samsung Health is also adding support for Health Connect, even adding a menu for the service within its own settings menu as our Dylan Roussel was quick to spot. But you can’t actually do anything with this functionality just yet. Clearly, though, a formal launch seems to be right around the corner.