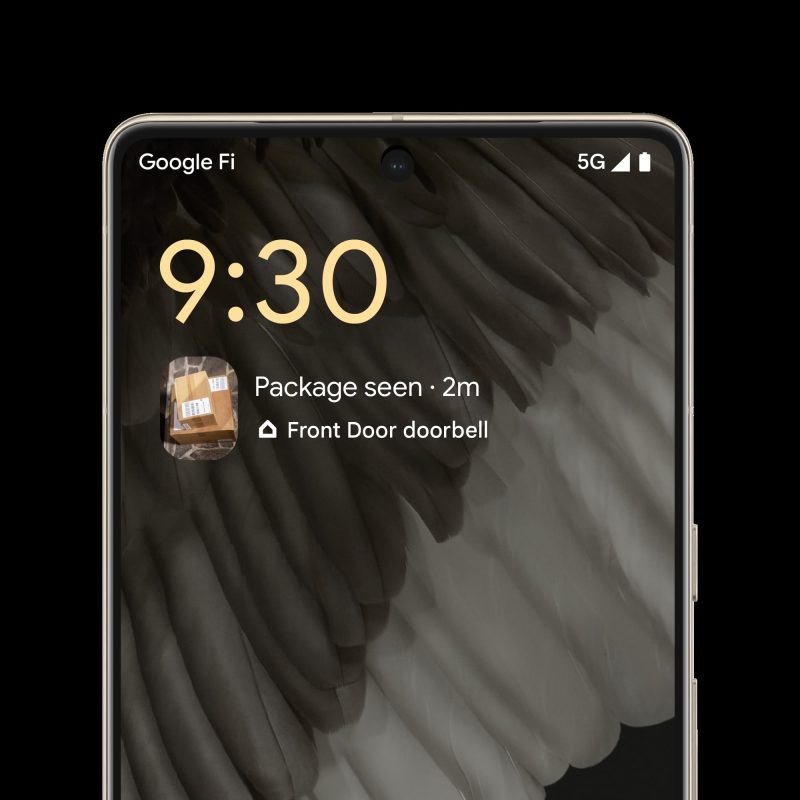 With the Pixel 7 and 7 Pro, At a Glance picked up a handful of new features, and Package delivery alerts are now rolling out to older Google phones.

Building on Doorbell notifications, which “show who’s at the door when your Nest doorbell rings,” At a Glance will now “show when a package is delivered or collected.” This requires a Nest Doorbell and will show an image preview on your lockscreen or the top of your homescreen.

This is accompanied by “Package seen” and a time increment, while At a Glance also notes the name of the device that saw it. It’s enabled by default but can be turned off and joins the eight other features in the main list.

We’re seeing At a Glance Package delivery rolled out on a Pixel 5 and 6 Pro today as part of a server-side update.

It follows daily weather forecasts (and precipitation alerts) expanding beyond the Pixel 7 series at the start of the month. The other new feature is a flight landing card that notes where your baggage (belt info) is. This feature doesn’t have a manual on/off toggle, so it could also be rolled out at this point.

This is a much faster rollout for At a Glance than in the past and could be ahead of new ones coming with the December Feature Drop next month.