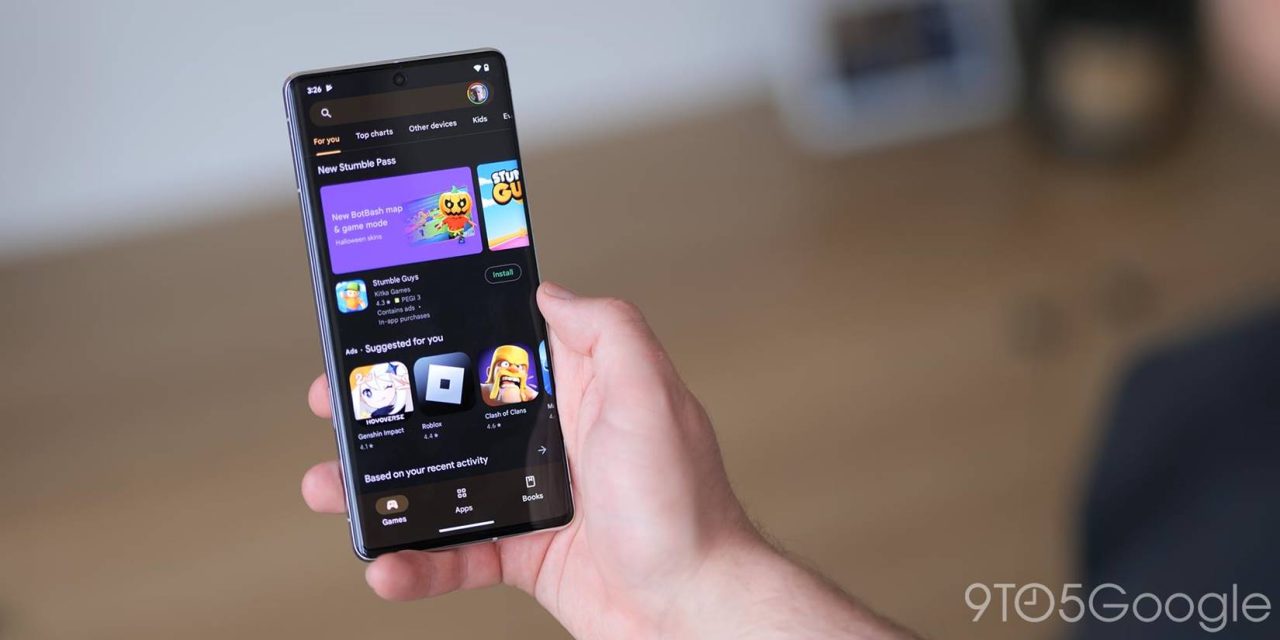 Advertising in app stores is the norm, but Google is now testing surfacing apps directly in Play Store search.

Update 11/14: Google tells us this is an “organic discovery feature” and apps that appear there have “major updates, ongoing events, or offers that users may be interested in.” It is not paid advertising:

“These are not paid ads. Google Play is testing an organic discovery feature to highlight apps and games with major updates, ongoing events, or offers that users may be interested in. We’re testing this feature to help Google Play users find more joyful and useful experiences and to support our developer ecosystem.”

At the moment, tapping the search bar brings up the keyboard and shows your four most recent queries.

On one device today (running version 33.0.17-21 of the Play Store), clicking the field shows three apps that I’ve never searched for or interacted with. They are all games, complete with their icons: Summoners War: Chronicles, Call of Duty Mobile Season 10, and Fishdom Solitaire.

Search history only appears after you enter a letter with past queries appearing first followed by autocomplete suggestions.

We can’t be certain whether those applications paid to appear or whether they’re suggestions. A quick glance at the Games tab does not show any of them in the Ads-supported “Suggested for you” carousel, but COD Season 10 is rather prominently advertised in the feed.

The most recent Google Play System Update for November does include “[Phone] New formats for search results” and “New Features to help you discover the Apps & Games you love.” This change could possibly be related to that.

This change is a bit jarring, and not personally relevant to me. At the same time, repeat queries are probably less common with people searching and downloading the app in one session/interaction rather than needing to return.