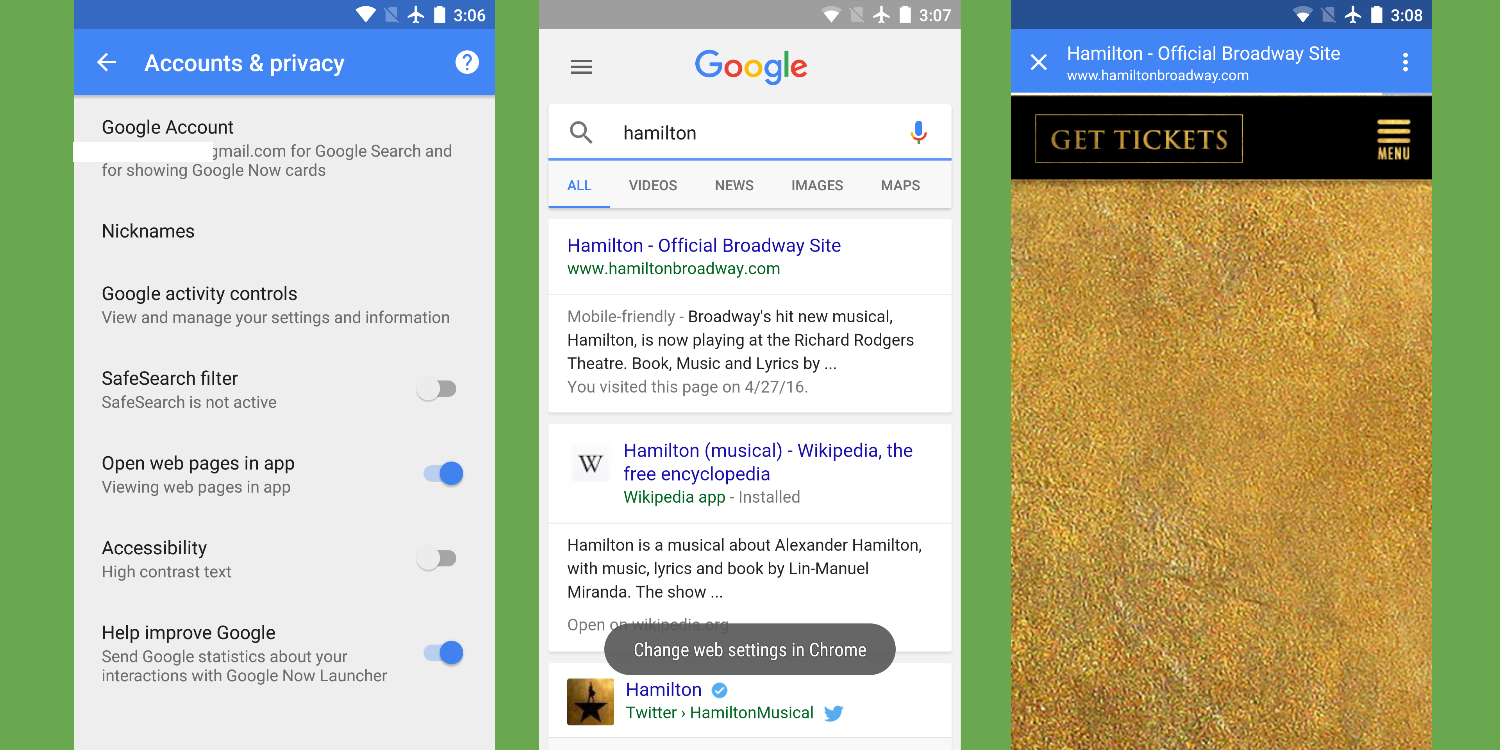 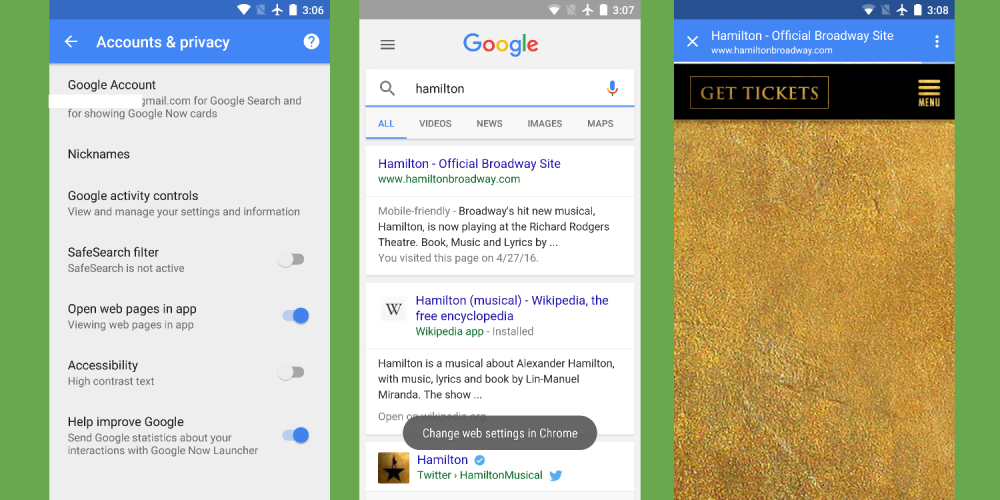 After its most recent update, the Google app now opens search results as Chrome Custom Tabs. This feature has been a long time coming, but it appears that pages suggested by Google Now still open up in the default browser.

END_OF_DOCUMENT_TOKEN_TO_BE_REPLACED

Some users are reporting that links in Google+ for Android are opening as Chrome Custom Tabs. The feature introduced and released last year opens links twice as fast when compared to being pushed out to a browser. The update appears to be triggered server-side and was apart of last week’s update.

Chrome Custom Tabs were announced at I/O earlier this year and finally rolled out with version 45 of Chrome for Android in September. Users are now starting to see the official Twitter for Android app adopting them when opening links.

With the release of Chrome 45 yesterday for desktops and Android devices, Google introduced a new feature called Custom Tabs that it previously demoed at its Google I/O developer conference earlier this year. With the introduction of the new feature, Google today posted the Google Dev video above offering a walkthrough of the new features for developers and sharing some details on performance improvements for users. END_OF_DOCUMENT_TOKEN_TO_BE_REPLACED