As Sundar Pichai said in the 2016 Founders’ Letter, advertising allows Google’s services to be free. At the same time, it cares about delivering high quality ads and nothing ruins the experience more than accidental clicks. In a blog post, the company delved into various measures that prevent accidental clicks and announced it was extending click protections to native ads on mobile. 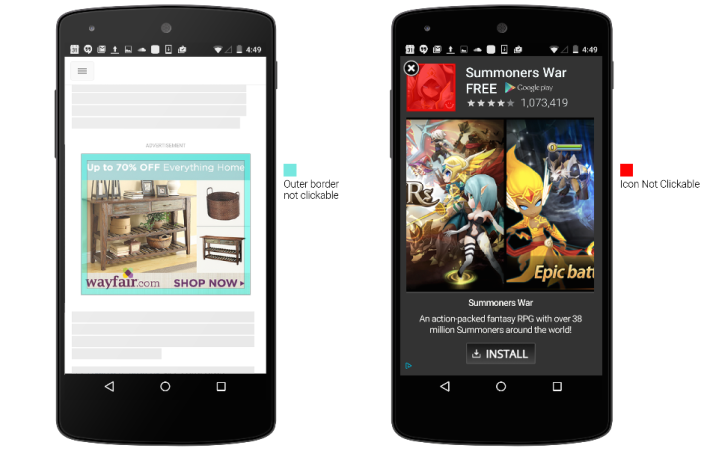 Google’s AdWords team has highlighted three important changes to how users can interact with mobile ads and in-app interstitial ads. The changes are part of an effort to reduce the chance that a user may accidentally click an ad when browsing the web or trying to dismiss the ad. END_OF_DOCUMENT_TOKEN_TO_BE_REPLACED