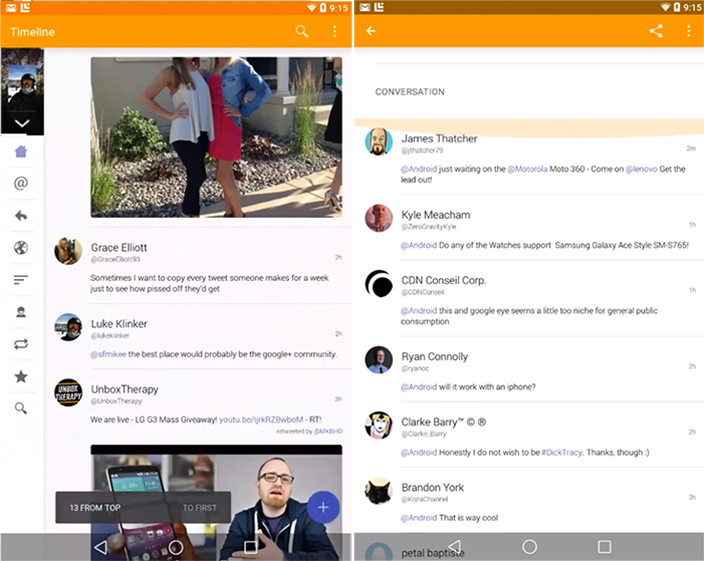 For those lucky enough to be running the Android L developer preview for Nexus devices, the lead developer of Talon for Twitter Luke Klinker has released an early version of the popular third-party Twitter app based on the new Material Design user interface unveiled at Google I/O. Klinker has redesigned the tweet viewer and timeline over the past few days, and is now offering users a chance to test the app.

If you are running the Android L developer preview, you can download the APK from here and install it on your device. The app will not work on older devices, as Android L has been set as the minimum software version required. Klinker is not looking for any bug reports, feature requests or other feedback at this point, as the app is only intended to provide a first look at the new Material Design in action.