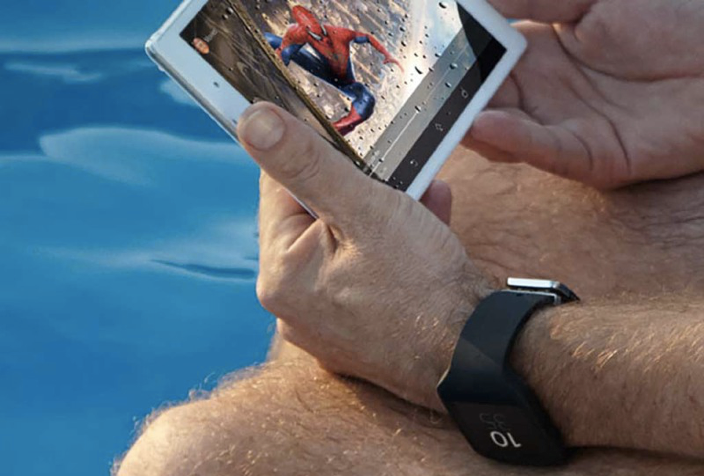 Whether or not it was truly an accident is up for debate, but it appears that Sony has just shown off a couple of new devices in some promotional materials posted to the company’s Facebook page. As you might expect, the photo has of course already been pulled (which means there’s almost surely something here we shouldn’t know about yet).

As you can see above, we’re getting an early glimpse at a smaller tablet which in all likelihood is the rumored Xperia Z3 Tablet Compact. As would fall in line with the Xperia Z2 tablet, it appears that it’s waterproof as evidenced by the water droplets on its screen. The size of said screen appears to be in the 7 or 8-inch range, aligning with what we’ve heard about the device.

Secondly, the photo shows off a smartwatch which notably strays from the design of Sony’s SmartWatch line. The device’s main components and its strap have traditionally been separate in Sony’s previous offerings, while this one seems to have a more unibody-like form factor.

Could this be Sony’s first entry into the Android Wear market? We’re sure to find out more about both of these unannounced-as-of-yet devices at IFA next week.