What we expect to see from Google in 2015 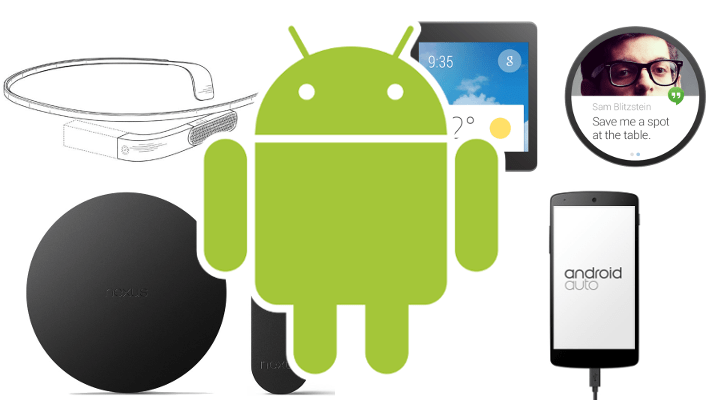 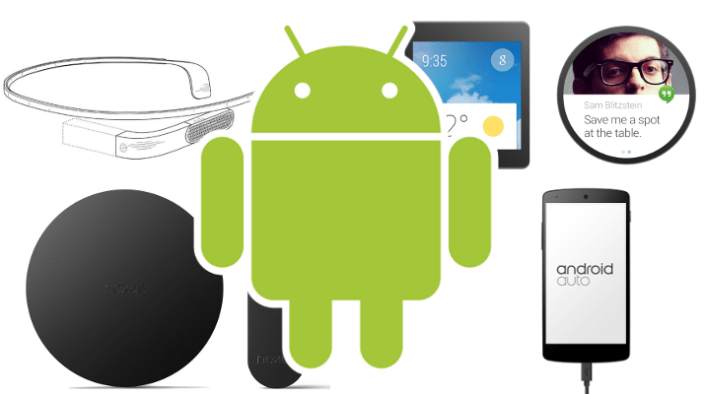 It has been a pretty exciting year for Google in a lot of ways. Android Wear has started to ignite excitement behind the future of wearable technology, the best version of Android ever—dubbed Lollipop—was released, a couple of brand new Nexus devices (one of which we leaked) came to fruition, and the Mountain View corporation’s new Material Design language has taken the Play Store by storm. Everything that was already great was made better in 2014, and the company has been sprinkling a bunch of exciting innovations in along the way to keep things interesting—like the self-driving car, for example.

In 2015, Google is probably going to do much the same. Android “M” (milkshake, maybe?) will likely be unveiled at Google I/O this upcoming summer, we’ll probably see a round of new Nexus hardware come later in the year, Google will likely keep pushing Chromebooks in the affordable segment of the PC market, and Android Wear devices from countless manufacturers will continue to get thinner and have better and better battery life. But Google surely has some drastic innovation planned in a variety of areas, as well, with the potential return of Google Glass on the horizon and the second spiral of Project Ara to be unveiled in a couple of weeks.

The most obvious prediction we can probably make about next year is that Google will all-but-surely be announcing a new iteration of its Android operating system. Following the dessert-themed naming scheme of the previous several years, the company will be calling it something that begins with the letter M, and will likely be version 5.1 or 5.2. But unlike previous years, Android Wear is probably going to see the same update (or at least some version of it).

As for what the update is likely to have, we can pretty much assume that while it’s surely going to add several useful features, this isn’t going to be the kind of complete overhaul we saw in 2014 with Lollipop. Material Design is in, and that’s surely not going to change with the version of Android we see this summer. But this doesn’t mean it’s not going to be an exciting release, as some of the most exciting releases of Android ever have been focused on stabilizing the platform. 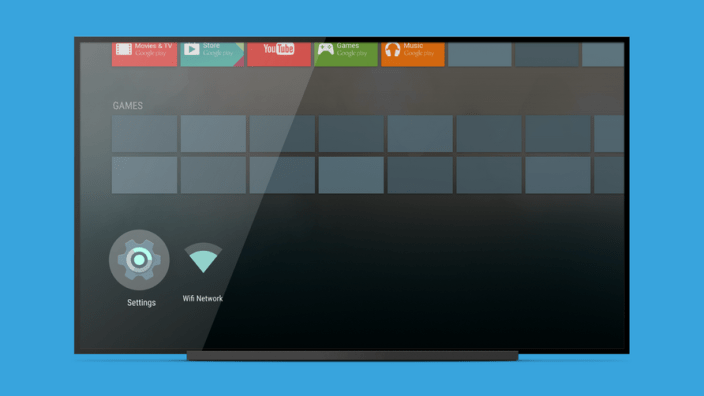 While Google has been focusing on smartphones and Android Wear this year, it did spend time at Google I/O 2014 to announce two more forks of Android: TV, and Auto. Android TV saw its debut in the form of the Nexus Player (which, notably, is practically Google’s one hundredth attempt at capturing the living room), but this time it seems like they might be doing something right, and maybe, just maybe, people will begin to see a need for an Android TV device on top of their HDMI-dongle Chromecast.

Android Auto is still listed as “Coming Soon” on Google’s website and that’s because, well, it’s still coming soon. No Android Auto-equipped cars have made it to market, and one of the first to do so is going to be the 2015 Volvo XC90 which will likely see release this upcoming spring. That said, as many as 28 car manufacturers have agreed to release at least one car with Google’s new car version of Android built-in, and these are going to start flooding in over the course of 2015. Aftermarket units are getting Android Auto next year, too. 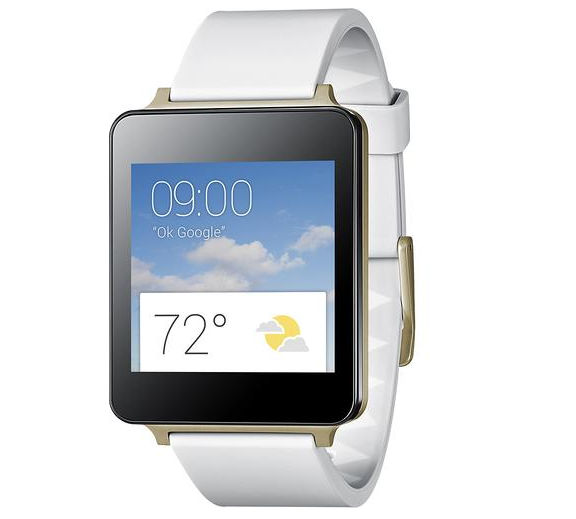 Google has spent a lot of time focusing on Android Wear this year, but the company is only just getting started. As I mentioned above, we’re probably going to see a new version of the smartwatch operating system see release alongside Android M, and the company is going to have some stiff competition starting in a few months thanks to the upcoming Apple Watch. That doesn’t just mean competition for Google, though, as it’s really in the hands of the hardware manufacturers to make sure Apple’s device doesn’t steal the spotlight.

HTC is expected to announce an Android Wear device at some point in 2015, and later in the year, the manufacturers of today’s Android Wear devices will probably start pushing their second iterations. According to sources close to 9to5Google, Motorola is already working on the next Moto 360 (although that’s not exactly surprising), and we’ll likely see thinner, lighter devices come to fruition that are not just more stylish, but pack better technology (better battery life anyone) as well.

One of the things Google announced this year that kind of went under the radar was that it plans to introduce kid-friendly versions of many of its services. Parents have always been hesitant to give their children free-reign over the open internet thanks to plenty of not-so-kid-friendly content freely available around any corner. Google plans to make some kid friendly versions of Chrome, YouTube, search, and other services available during 2015. It’s not just about friendliness, though, as Google needs to make some changes before it can push services ay the younger generation and still be legally in the green. 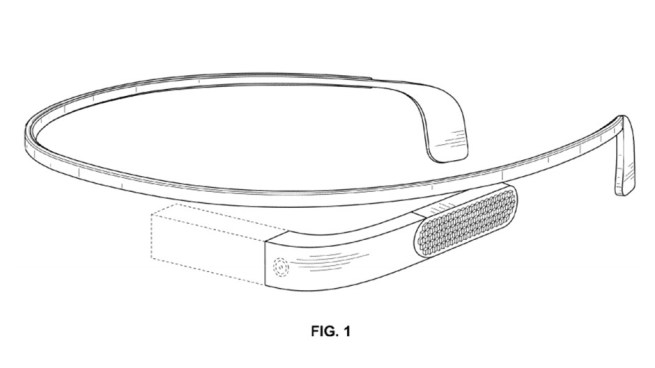 Google Glass has felt somewhat neglected ever since Android Wear hit the shelves (and Google decided to designate an entire section of the Android team to the platform), but that doesn’t mean Google is done with wearable lens computing. The Explorer program is coming to a close (although not yet officially) after more than two years of testing, and assuming Google hasn’t decided to completely abandon the product, there’s a decent chance we’ll see an update of some kind be announced in 2015.

We’ve seen plenty of patents hit the USPTO over the last few months, but the most notable one is probably that which is most recent, showing a device with what looks to be a much thinner form factor and larger screen. So while Google has had a hard time keeping Glass’ reputation clean over the last couple of years, all signs point to Google maybe having an interest in rebooting the project—and, if we’re lucky, the device might hit retail. Google’s Eric Schmidt says that will happen “when it’s ready.”

Google seems to be taking Project Ara fairly seriously, and the second spiral of the device is expected to be shown off the second annual Ara developers’ conference. Recently, we found out that Google plans to make the Tegra K1 processor (which you probably remember from the Nexus 9) available as a module for the device. And earlier this month, it was announced that an Ara module marketplace—think Google Play—is being put together by a company called Globant. Google wants to see the device go on sale in one way or another in 2015.

There are plenty of things that Google is working on that aren’t yet significant enough for a specific mention in this article, but that’s what should excite us. Project Loon is giving the world internet, and it was recently announced that the company is capable of releasing as many as 20 balloons in a single day. There’s definitely some amount of truth behind Google working on some cancer-scouting robots within Google X, and the Mountain View company is definitely pursuing virtual reality to some degree as we saw earlier this year with the introduction of Cardboard. Oh, and let’s not forget that Google just unveiled the first real build of its self-driving car.