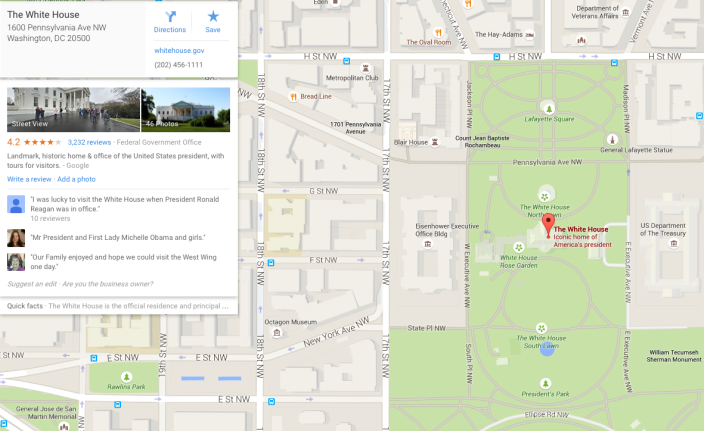 Earlier this week, users discovered an issue with Google Maps that centered around typing in a racial slur and being directed to The White House. This evening, Google has issued an apology on its official Maps blog. The company says that it is “deeply upset” by the issue and is currently in the process of fixing it.

Google says that this week’s controversy was centered around the way it ranks results in response to a person’s query. For Maps, it incorporates content about businesses and other public places from across the web. This specific issue was due to that process of incorporating data from around the web and automatically returning a location. Google says that the offensive search terms that triggered The White House result had been used by users in online discussions of the location and therefore automatically integrated into Maps.

At Google, we work hard to bring people the information they are looking for, including information about the physical world through Google Maps. Our ranking systems are designed to return results that match a person’s query. For Maps, this means using content about businesses and other public places from across the web. But this week, we heard about a failure in our system—loud and clear. Certain offensive search terms were triggering unexpected maps results, typically because people had used the offensive term in online discussions of the place. This surfaced inappropriate results that users likely weren’t looking for.

Nevertheless, Google promises that it is working to fix the issue. The company even goes as far as to say that it is updating its ranking system to address controversial searches. The changes should gradually rollout globally over time.