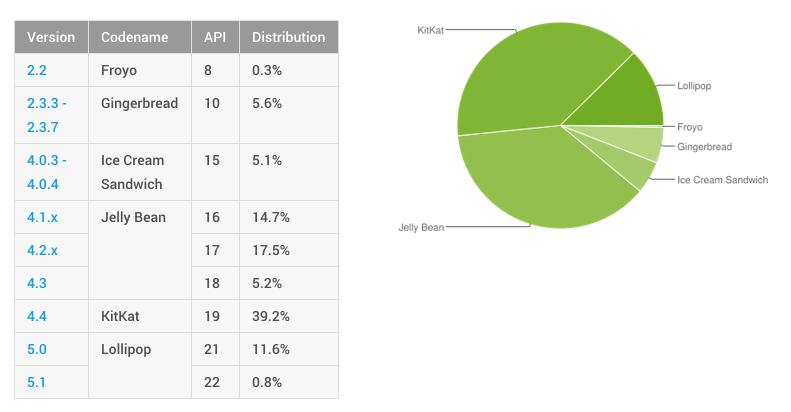 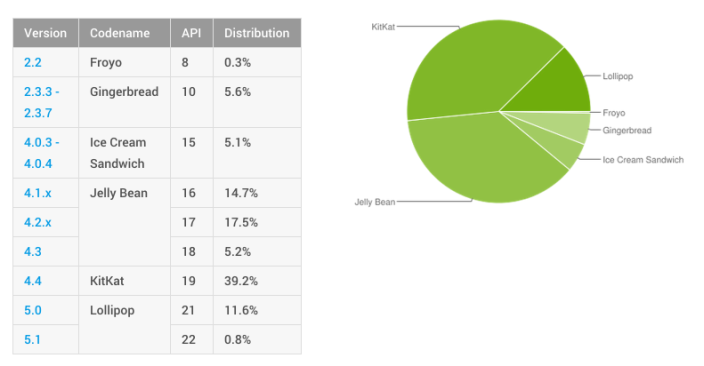 It’s the top of the month, and that means it’s time for another update from Google on Android’s adoption numbers. Lollipop, the latest release, has just in the last 30 days crept up to pass 12% adoption, following an overall market share of 9.7% that 5.0 and later had at the beginning of last month. Specifically, Android Lollipop now has 12.4% of the Android market.

As with last month and all months prior, though, Lollipop still holds a paltry share in comparison to the multiple-year-old Jelly Bean and KitKat versions, sporting 37.4% ad 39.2%, respectively. Older versions are still holding on to almost as much market share as the latest version, with Froyo, Gingerbread, and Ice Cream Sandwich still at 11%, combined. This number may very well be sightly hire, actually, because Google doesn’t keep track of devices that are running versions older than 2.2.

Lollipop has definitely been slow to roll out, with only Nexus devices getting the latest releases on any decent timeline (and even those are delayed by weeks and months at times). It’s been a frustrating ride for those waiting for Material Design, but as we tell you daily, more and more phones across various carriers are getting the update slowly but surely.