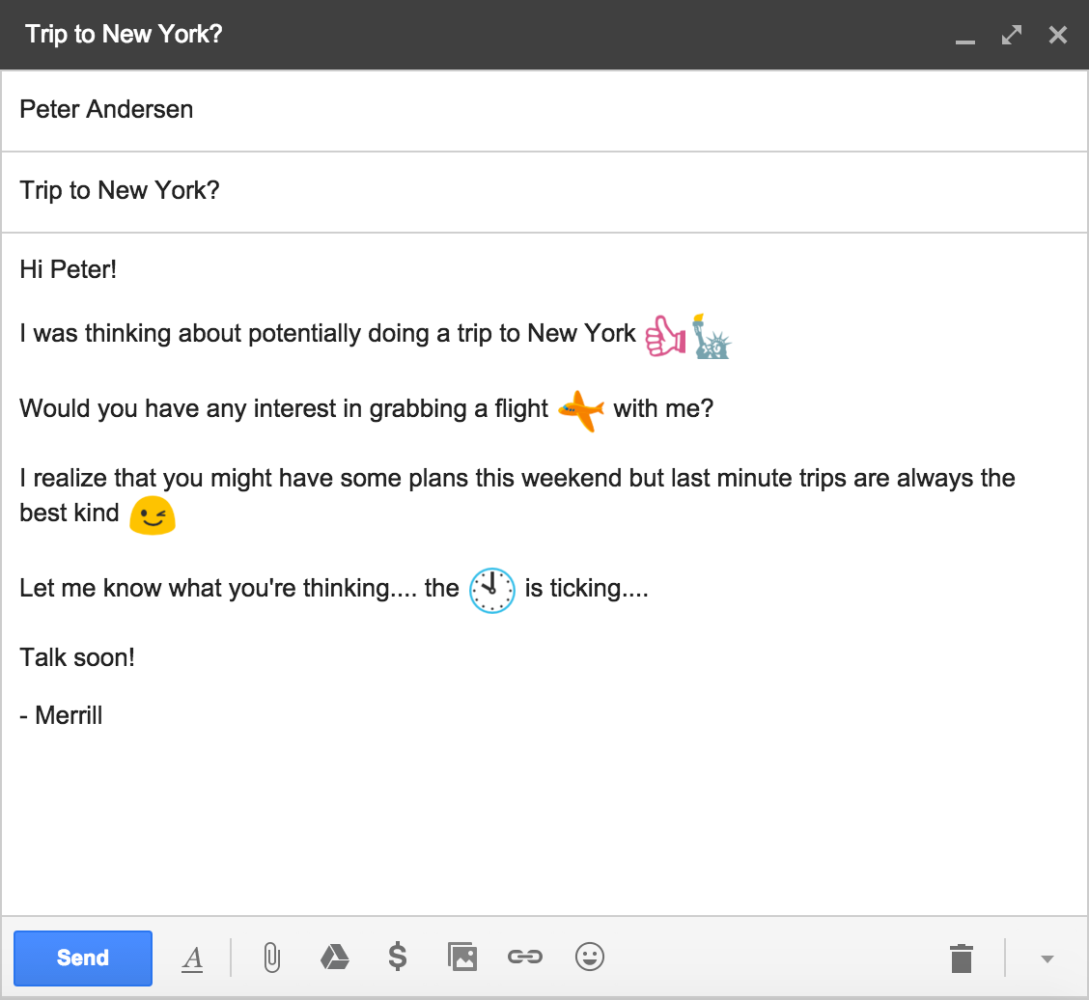 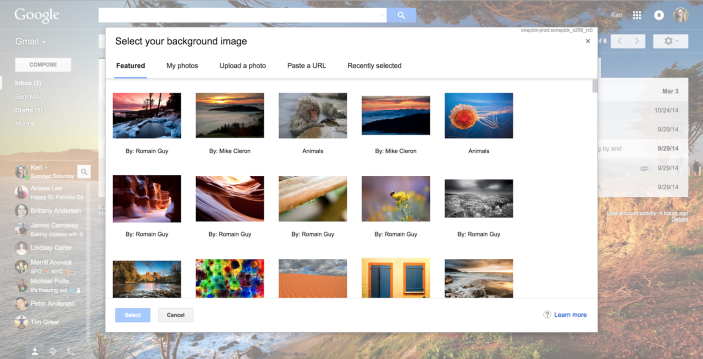 Google announced today that it’s rolling out a ton of new themes for Gmail — the built-in feature that allows customization of your inbox with color palette options and background images — as well as new emoji.

Google says that Gmail now includes hundreds of new themes with today’s update, including high-resolution themes that include photos shot by Googlers. You’ll still be able to add your own custom images, however. In addition, you’ll find new editing options for themes like blur, vignette, and text background, allowing you to customize any of the available themes to your liking.

Here’s a look at the new customization options for themes:

Google didn’t run down the full list of new emoji, but it did give us a taste of what they look like. Assumably, your Gmail inbox will now support full list of emoji you’ve come to use on your mobile device, including everything from “thumbs up” to a winky face. As you know, Gmail already has a ton of emoji available, but it looks like Google is changing them up to look the same way they do in Hangouts.

Here’s a look at your inbox with the new emoji: 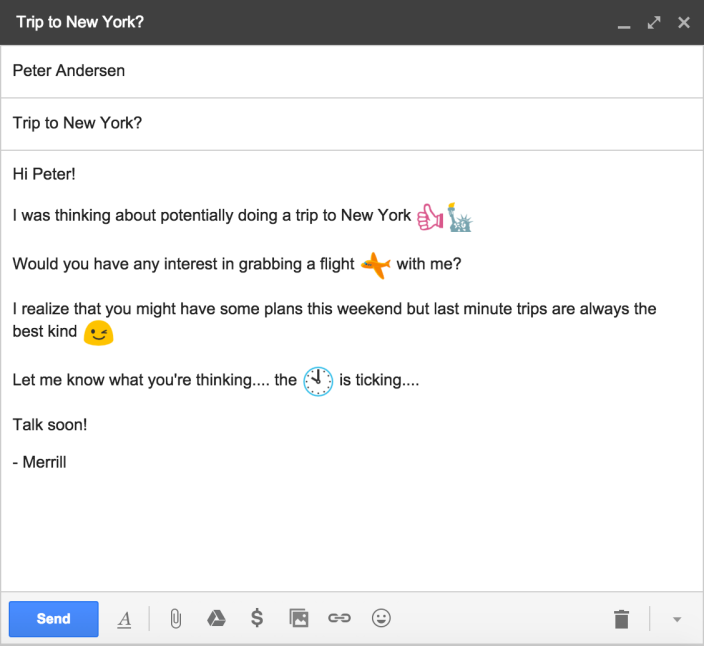 You can expect these updates to arrive in your inbox over the next few days, Google says.