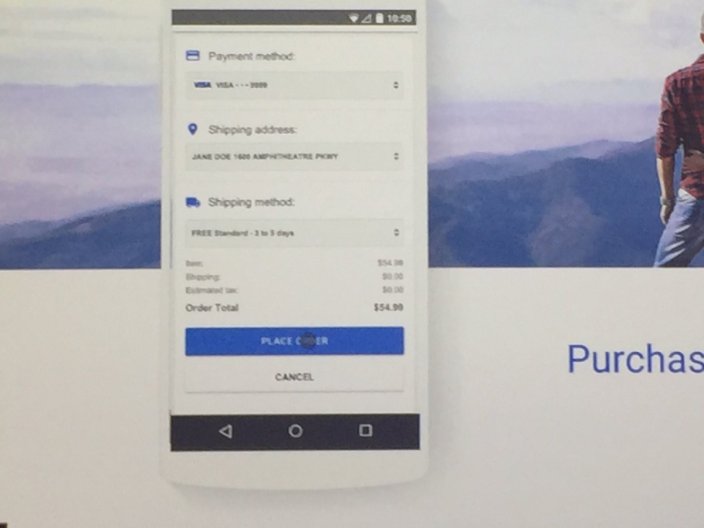 Google confirmed at a conference in May that a “buy” button was planned for products in its search results, and today the company elaborated on those plans at a press event in NYC. The new feature called “Purchases on Google” will allow consumers to purchase products directly from ads in Google Search results. Featuring a buy button in ads when searching for products should make purchasing those products more seamless for consumers and boost the value of ads for merchants. Google’s buy button in search ads will launch on a small scale to start. Only mobile ads will feature the transaction shortcut and Google will be limiting testing the new feature to about a dozen retail partners. Purchases on Google will also be limited to search ads in the United States.

While Google will be hosting the pages for Purchases on Google products, the merchants will fulfill the orders just as if they were ordered from their online store and retailers will be able to use their own branding on these product pages. The new buy button in mobile ads is set to roll out with the handful of launch partners over the next few weeks.

Digital commerce has been a focus for other industry players including Twitter, which has adopted its own buy button for products advertised on timeline ads. The buy button on mobile search ads served by Google has a huge potential for success, especially with Android users already having payment information saved for Google Play services and the rising popularity of mobile payment services including Android Pay.

Google’s detailed announcement follows months of rumors around the possibility of a buy button in search results with the WSJ reporting on the feature last December and later in May.