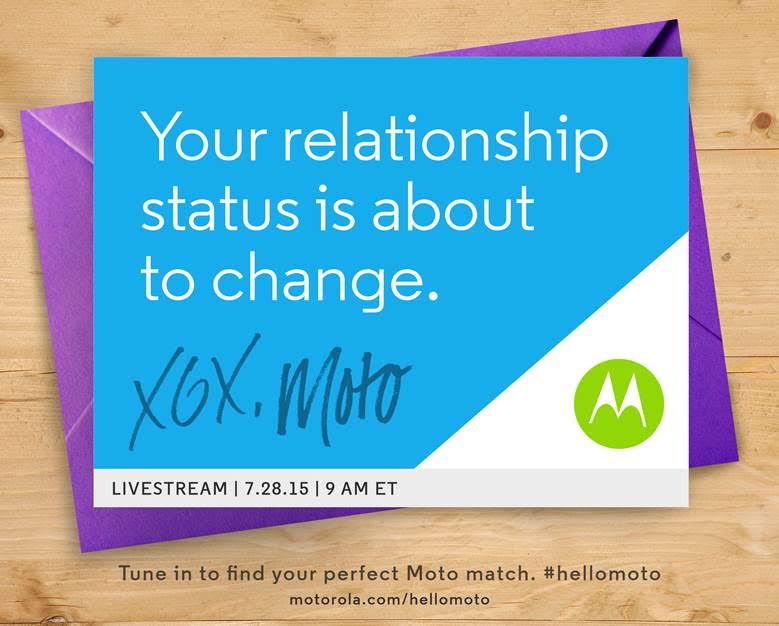 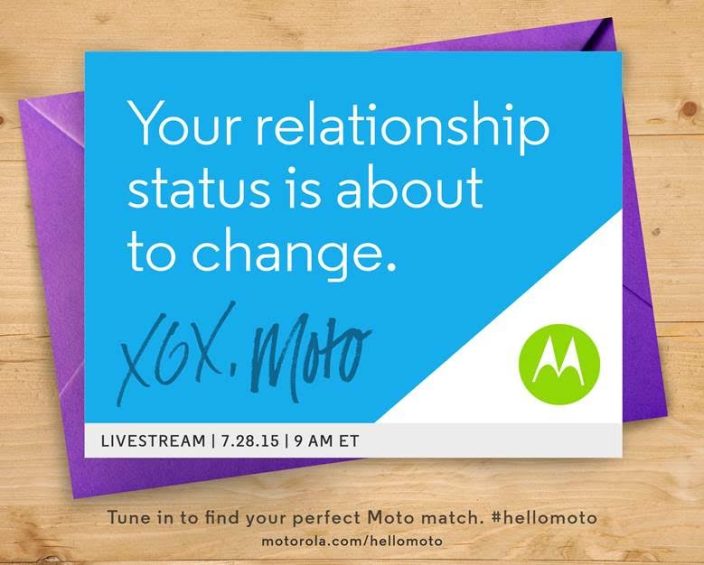 Motorola has announced today that it is holding an event on July 28th. And yes, this all but surely means that we’ll be seeing the much-rumored 2015 Moto X and 2015 Moto G, and maybe even the next Moto 360 as well…

Motorola is being rather unspecific this time around, especially compared to last year’s event where the company’s tease literally showed a Moto X, a Moto G, a smartwatch, and an earpiece. The company announced both phones, Moto 360 availability, and the Moto Hint.

That said, the company’s announcement page seems to suggest the obvious: This is going to be a phone event. “Yes. We’re in a relationship with our phone,” the company says. “A better mobile relationship is on its way.”

The company has invited certain members of the press — 9to5Google included — to an event being held in three cities across the world, but those unable to attend that event have the option of watching a livestream set to happen on July 28th at 9 AM ET.

We’ll be at the event, and some hands-on and reviews of Motorola’s next handsets will likely soon follow.