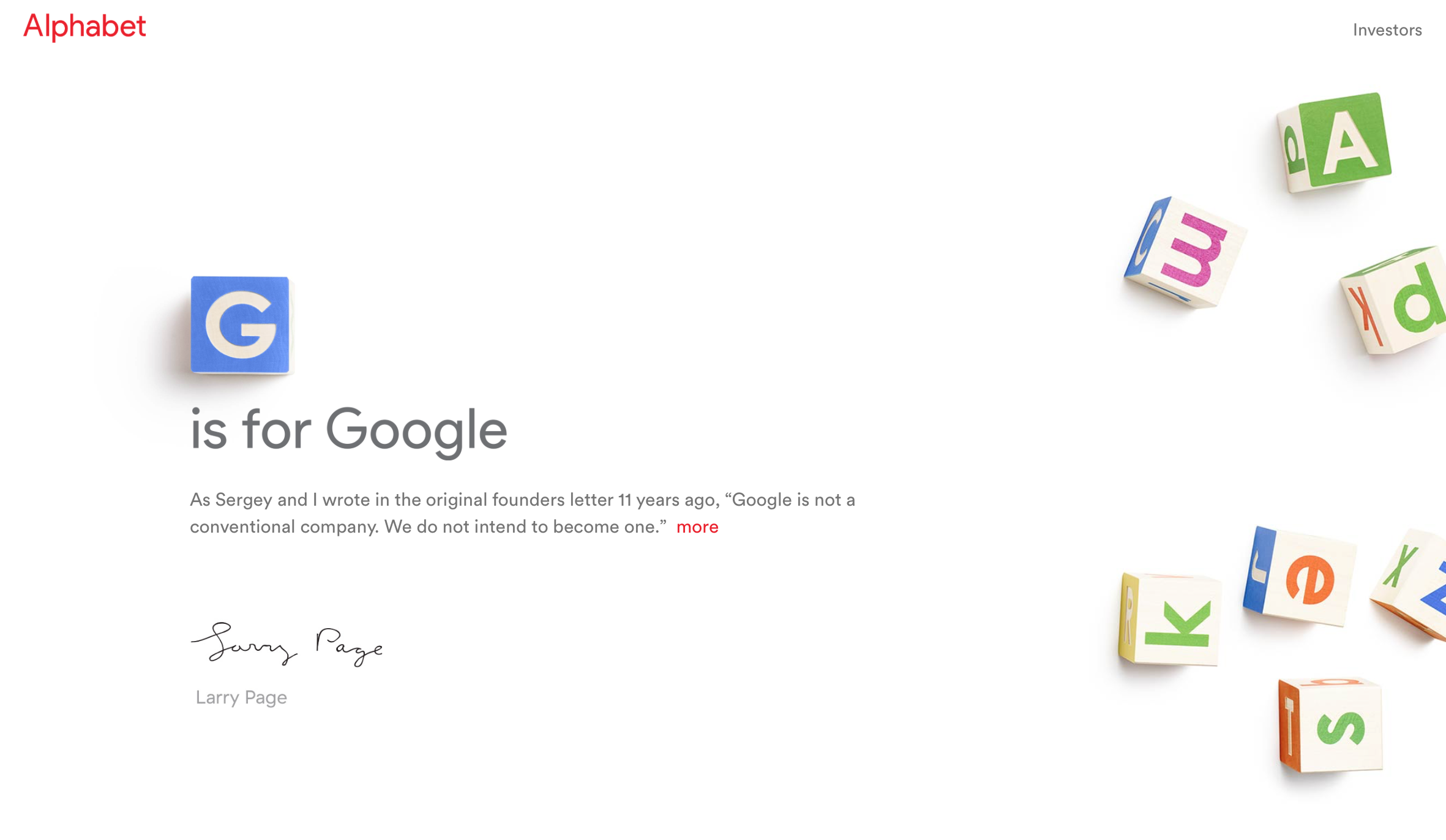 Google will retain ownership of many core web services, such as Gmail, Search, advertising, Google Maps, and Google Plus. YouTube, which still has its own CEO as a subsidiary of Google, will stay within this branch as well.

Calico, Google’s longevity project, will spin out into its own company, or “letter” within the larger Alphabet.

Nest will be broken out and continue to work on home automation products, but will do so without the Google name backing their work.

Fiber will become a standalone ISP under Alphabet. It will likely drop “Google” from its name and will probably get a new website to help it stand apart.

Life Sciences, the Google division working a smart contact lens, will become its own company, though it’s unclear if it will keep the rather generic “Life Sciences” name.

Google X, which focuses on “moonshot” products like Glass, self-driving cars, and Project Loon will continue working on these products and more. Whether it will be renamed is uncertain.

Google Ventures and  Google Capital will break out from Google, but will apparently keep the “Google” brand in their names.