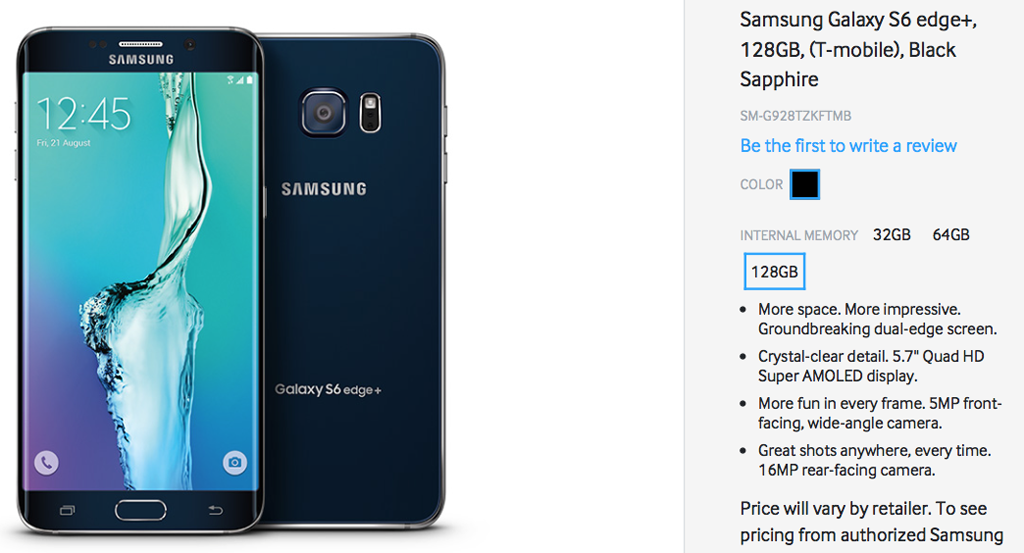 Update: Samsung has informed The Verge that the listing of 128GB versions was a mistake, and that they do not have plans to sell either the Note 5 or S6 Edge+ with 128GB of storage.

While Samsung’s launch of the Galaxy S6 Edge+ and Galaxy Note 5 mentioned only 32GB and 64GB storage options, a number of people noted that Samsung’s U.S. website is also listing 128B versions of both devices …

It’s possible this is just an error on Samsung’s part, or it may be that the company wanted to ensure that carriers were willing to stock what will doubtless be expensive versions of the company’s latest models. But with neither offering SD card support, there will undoubtedly be those willing to fork out the big bucks for the extra storage assuming the option does turn out to be real.

Both models are set to go on sale on 21st August.