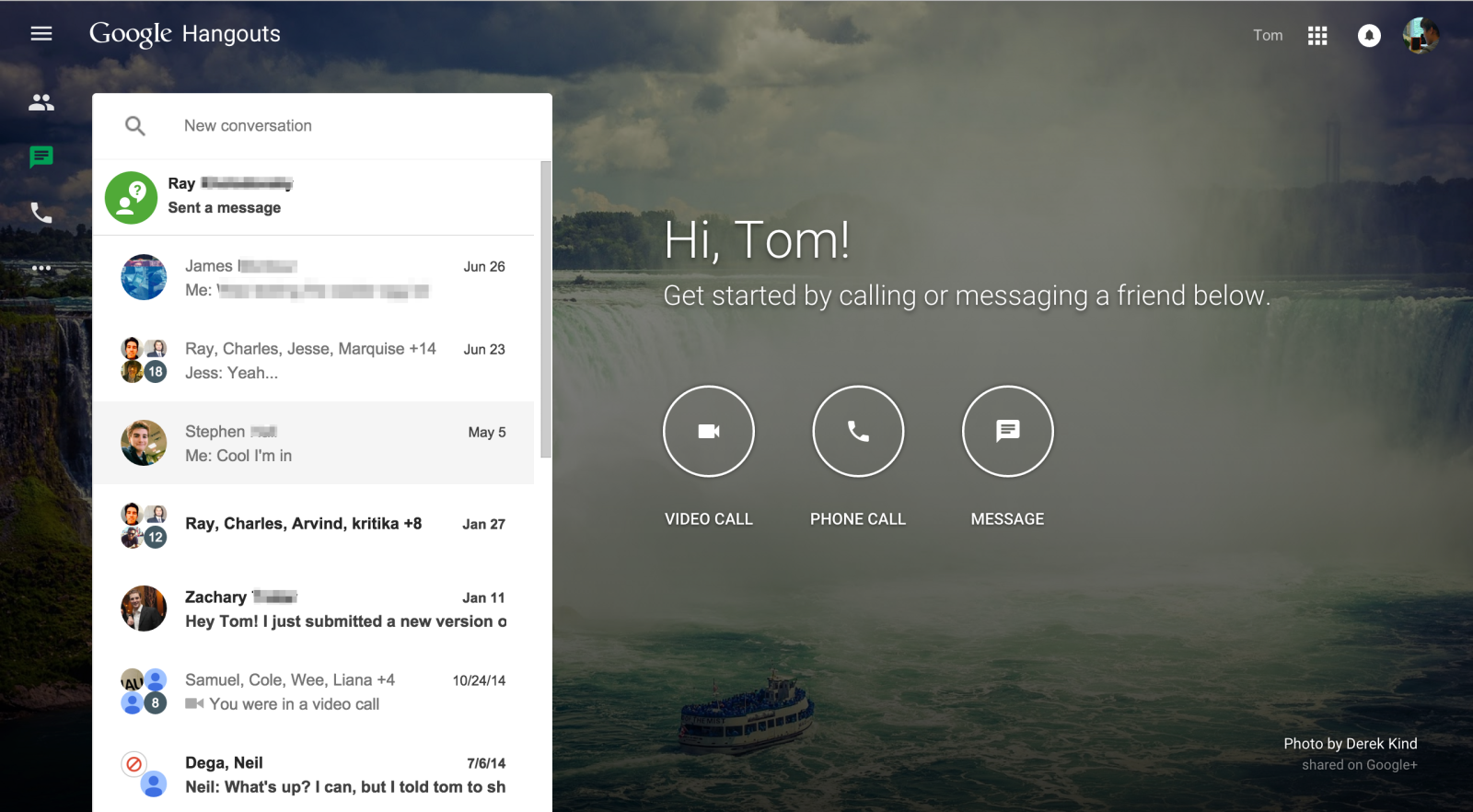 In a sign that its Hangouts messaging platform is becoming more important to the company, and that Google+ is becoming somewhat less important, Google has given Hangouts its own dedicated website found at hangouts.google.com.

Jordanna Chord, a software engineer at Google, posted the following message to Google+:

We are launching another way to use Hangouts today.  From our new site you’ll be able to take advantage of the best of Hangouts in the browser, along with an inspiring image to get you through the day. Check it out and let us know what you think.

Previously, accessing Hangouts on the desktop web involved using a Chrome browser extension or visiting either Gmail or Google+. Hangouts really didn’t have its own web presence. And as we now know, Google no longer sees its Google+ social network as a connective tissue between its wide collection of online services, so it needed to disconnect the two from the hip. 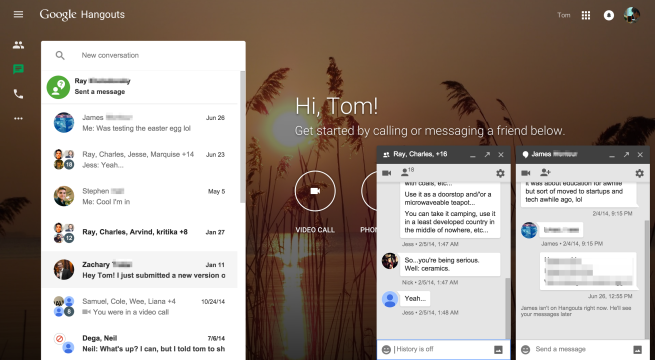 My initial impression of the Hangouts website is good — there are positives and slight negatives. The background images it cycles through are quite nice, appearing to come from Google+ just as the Chromecast images do. The chat windows also look and behave the same as they do over on Google+, and their user interface doesn’t seem to match the design language of the rest of the site 100%, but that’s not a big deal. Video and voice calls open to the same UIs as they have before.

This new dedicated interface should be welcome to those who choose to move all their messaging over to Hangouts. It’d make some sense to continue making Hangouts available from within Google+ as well, but no word on that.