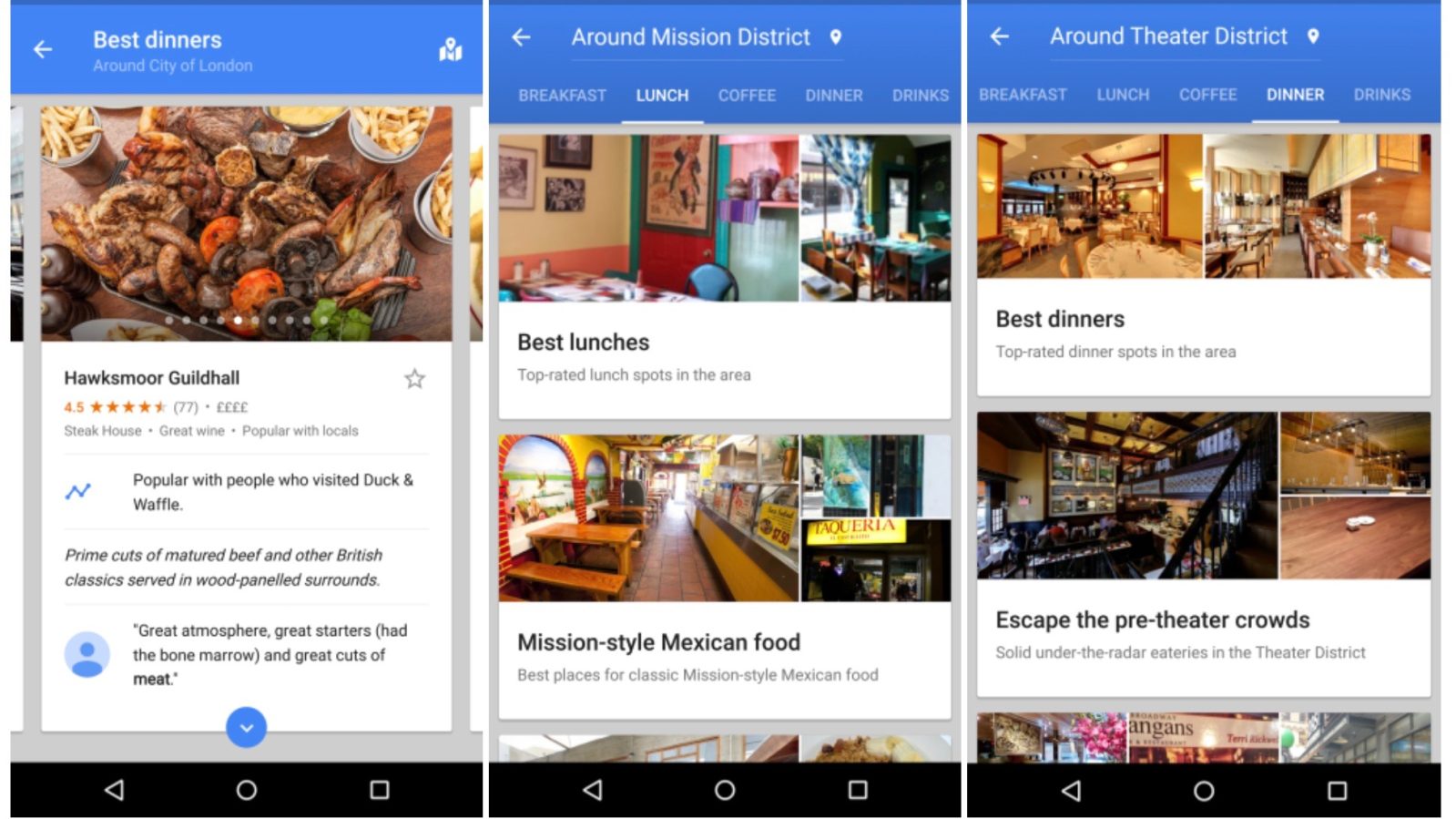 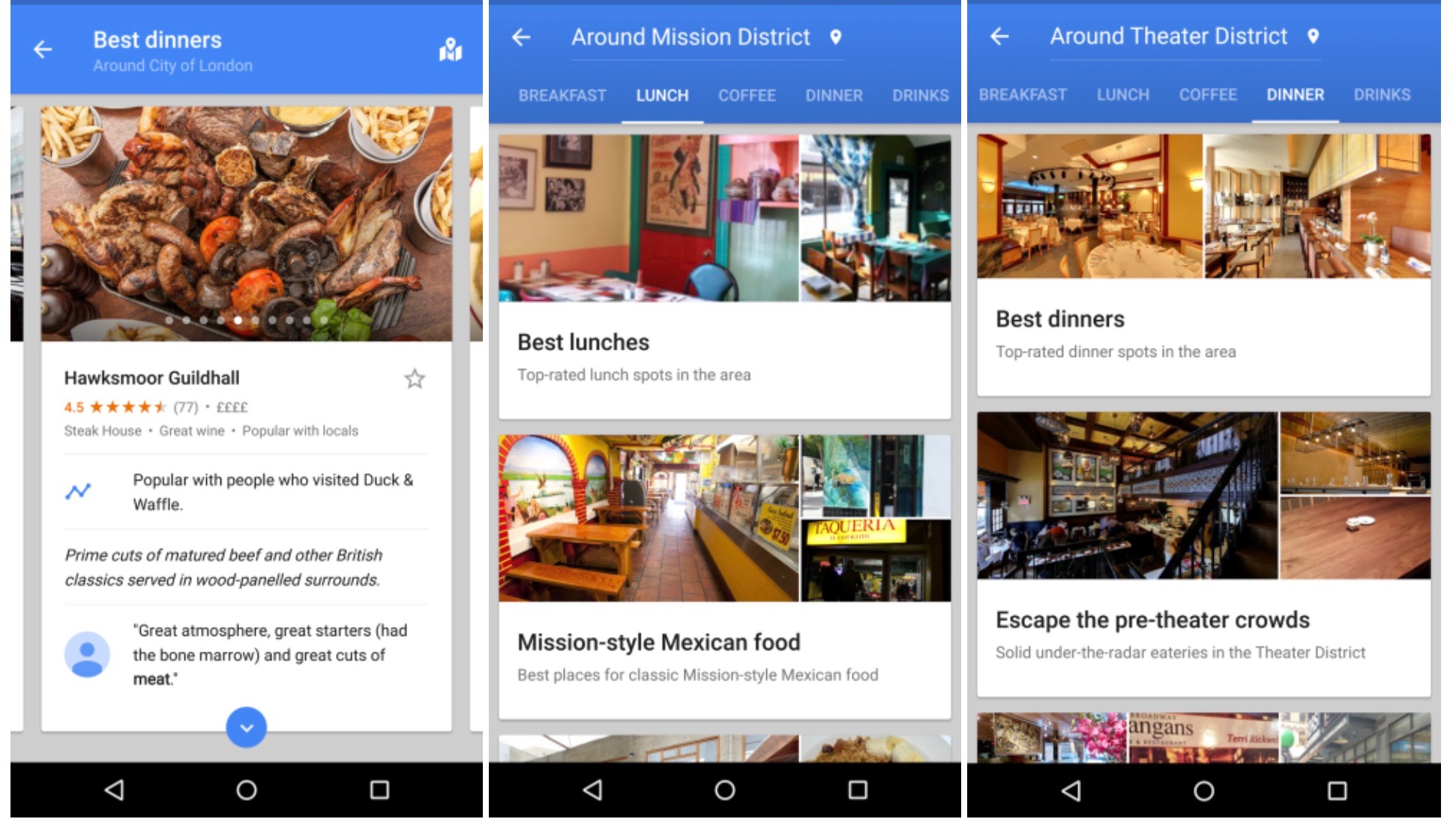 Google Maps on mobile has since last year had an Explore section where users can find the best restaurants to eat at and things to do in their area. With an update rolling out today to the Android app, it’s becoming a bit more easy to specify and narrow down exactly what you’re looking for.

Prior to today, Explore only used the inputs of distance and time of day to determine what to show you. Users can now, however, specify a nearby neighborhood, category, and type of cuisine to find, on top of the existing inputs. Tapping on a suggested place will bring up more detail like who the vibe is best, or least, suited for, and sometimes it’ll include why Google chose to recommend that place in particular.

It seems crazy to me that Explore in Google Maps was lacking this type of gradual search before, but it was. The new inputs make perfect sense, too — what if I specifically want to find a place to have drinks with friends, and also make sure it’s not too upscale of a place? You couldn’t narrow your results down that far before, but now you can. Well, that’s if you’re in the US or UK, where the Explore update is limited to for now. And if you happen to be in NYC, San Francisco or London, Google will even curate its suggestions into named sections like “Best places for classic Mission-style Mexican food.”

Aside from the new search, the UI has been updated a bit with a card-based interface for swiping through suggested places and their corresponding photos. This interface closely matches what Google rolled out to its search product on mobile for rich content results just a few days ago. Maps for Android also recently saw its directions interface updated with a similar tabbed design displaying duration estimates for every form of transportation to a given location.

Other location-based recommendation apps like Foursquare and Yelp have had what Google is rolling out now for quite a while, it’s worth noting. When I find an APK for this new update I’ll be sure to update this post.