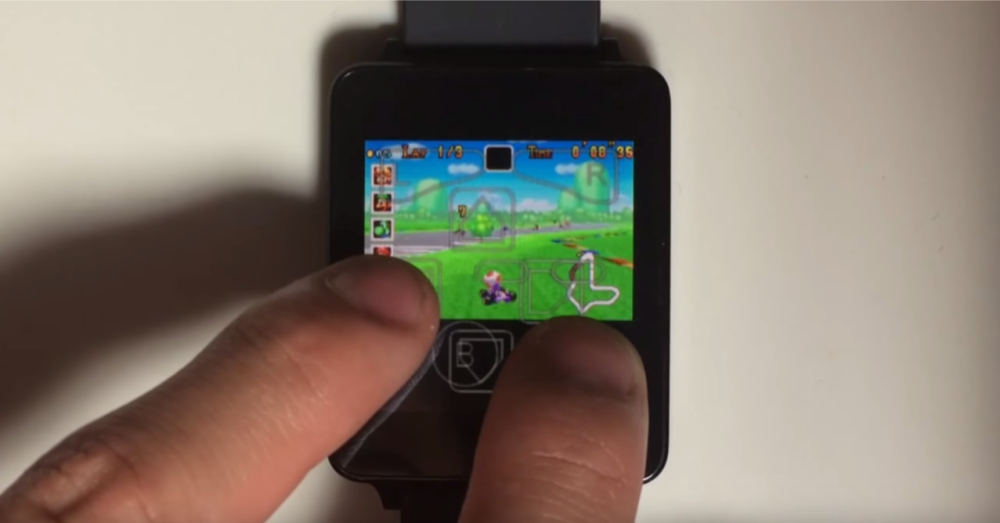 We told you almost a year ago that one developer had managed to get Game Boy Color games running on Android Wear, but now someone has managed to do one better. In a recently-uploaded video shared by “Hacking Jules“, we can see Game Boy Advance games running on an LG G Watch — the oldest of the Android Wear. As usual, we in the Android community don’t need rhyme or reason for our tinkering…

As we can see in the below video, the emulator that this one particular user got running on his or her Android Wear watch is “My Boy!”, which can be found on the Play Store for just about $5. It’s pretty hilarious seeing the old Mario Kart for GBA played on a watch with a screen as tiny as this. For all intents and purposes, it’s completely unplayable. The controls completely cover the screen, and your finger would cover it more.

Nonetheless, check out the video below: