Evleaks’ <a href="http://9to5google.com/2015/08/19/android-blackberry-venice-leak-keyboard/">renders</a> of the BlackBerry Venice slider

More evidence that an Android slider from BlackBerry in on the way — probably the “Venice” device that we’ve been telling you about for quite a while — has now surfaced . As seen in a new spy shot originally shared by BerryFlow, BlackBerry looks to be pushing the “Venice” slider running some build of Lollipop out into the field for testing. This time, we’ve caught the phone running what looks to be the stock Messenger app… 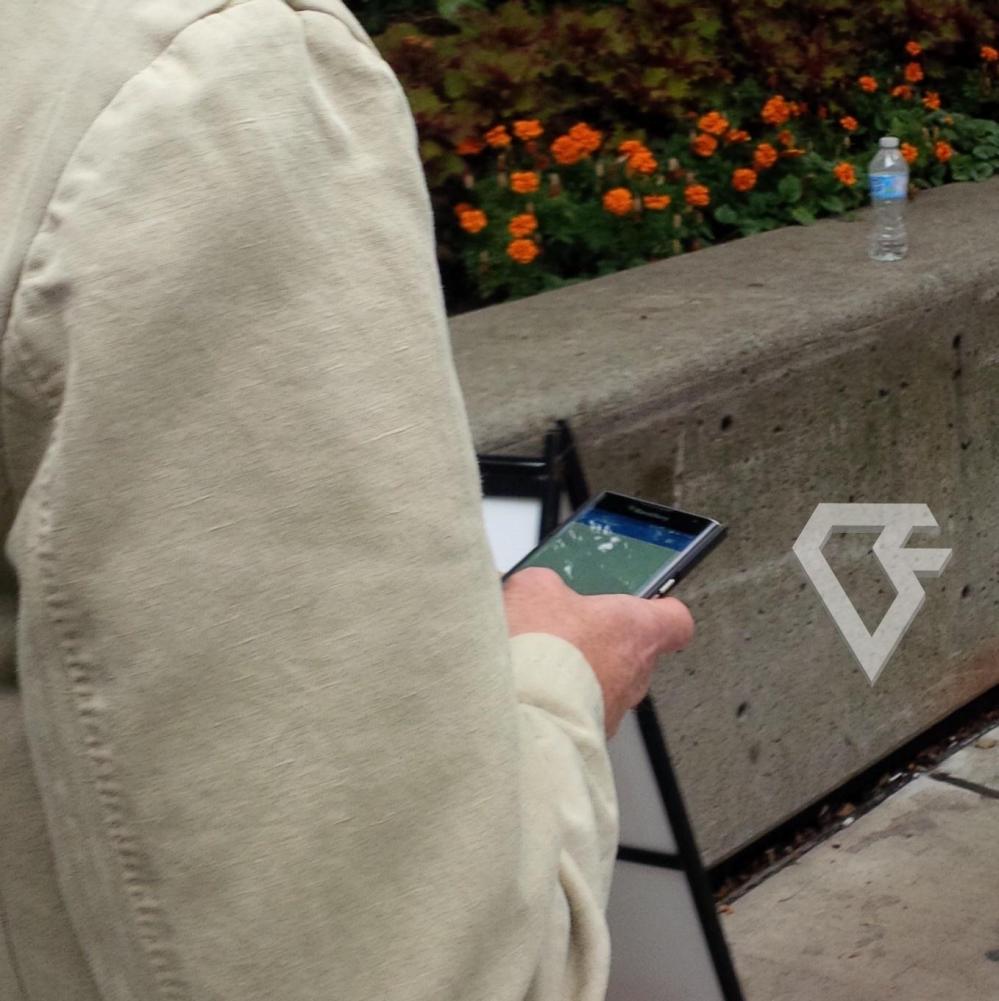 The above blurry cam picture taken at the Toronto Film Festival, which assumably was snapped very quickly as to not make its photographer seem too stalk-ish, shows the Venice phone we’ve seen before, but with what looks to be case attached. Along the right side of the device, you can see two buttons aligned just like the ones of the Venice images that just surfaced two weeks ago.

And while the most recent imagery has shown the device running a full-fledged Android OS (meaning there’s not any real reason to doubt that this is the real deal), this is the first image we’ve seen of the phone in public. It’s not perfectly clear, but the app that’s running on-screen looks just like Android Lollipop’s stock Messenger app — with its blue navigation bar and all.

With the leaks continuing to stream in, it’s probably not going to be long before we see the announcement of what might be BlackBerry’s last ditch effort to catch at least a tiny part of the consumer smartphone market.