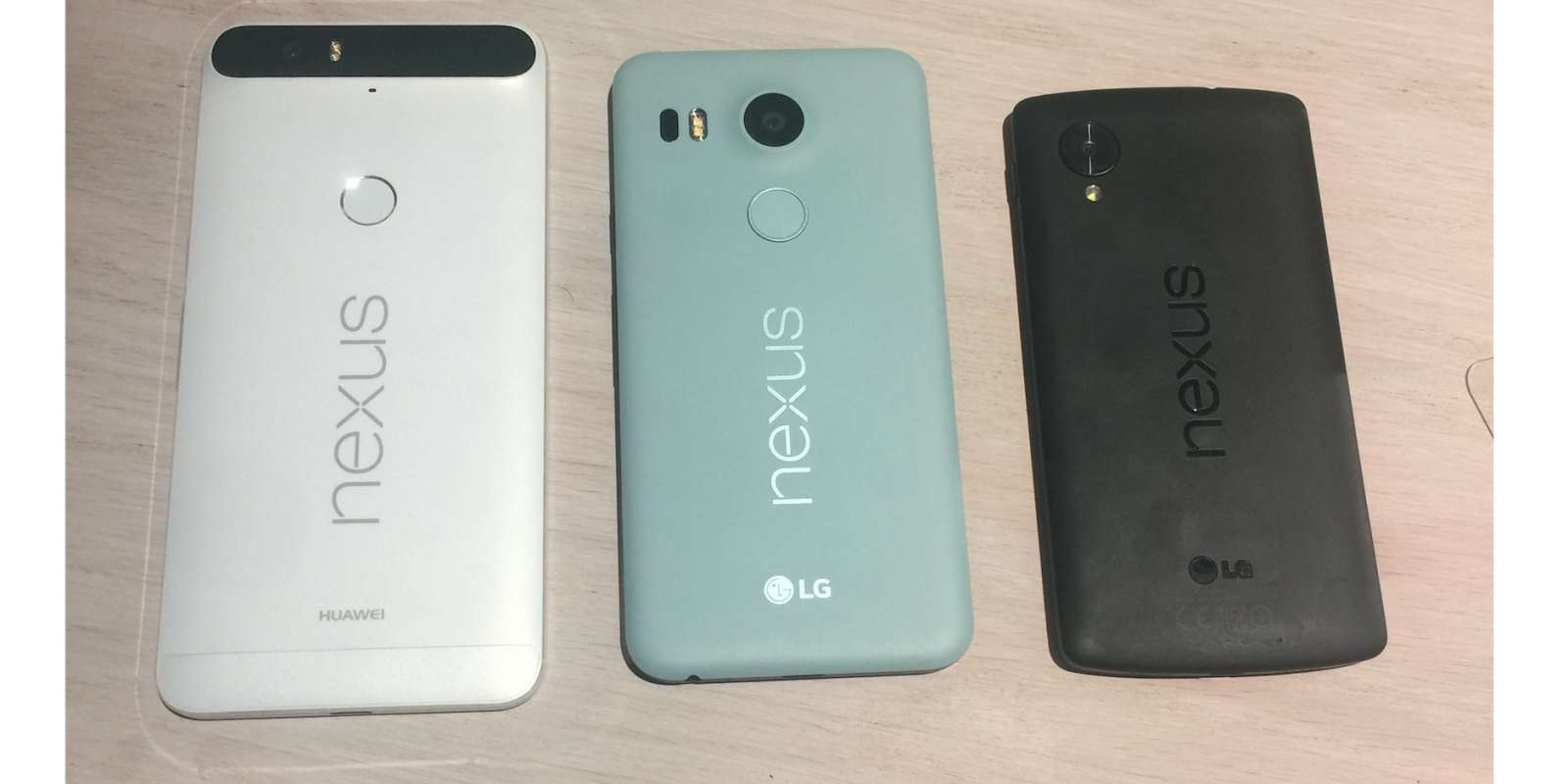 Google earlier today took the wraps off of a trio of new devices: the Nexus 5X, Nexus 6P, and the Pixel C Android tablet. Now that the event has wrapped, we’ve had the opportunity to go hands-on with all three of the new devices and, of course, we were sure to capture a plethora of images for you…

In the gallery below, you can see images of the Nexus 5X, Nexus 6P, and Pixel C. For those that may have missed the unveiling of the new devices, here’s a quick recap. The Nexus 5X features a 5.2-inch 1080p display with a Snapdragon 808 Hexa-core processor clocked at 1.8GHz and paired with an Adreno 418 GPU. The device also features a 12.3MP Sony camera with 4k video capabilities.

Finally, the Pixel C Android tablet features a 10.2-inch display with a pixel density of 308ppi. The device is powered by NVIDIA’s X1 quad-core processor and Maxwell-made GPU coupled with 3GB of RAM. The selling point of the device, however, is its support for detachable keyboards. There are two to choose from, one made of aluminum and one made of leather.