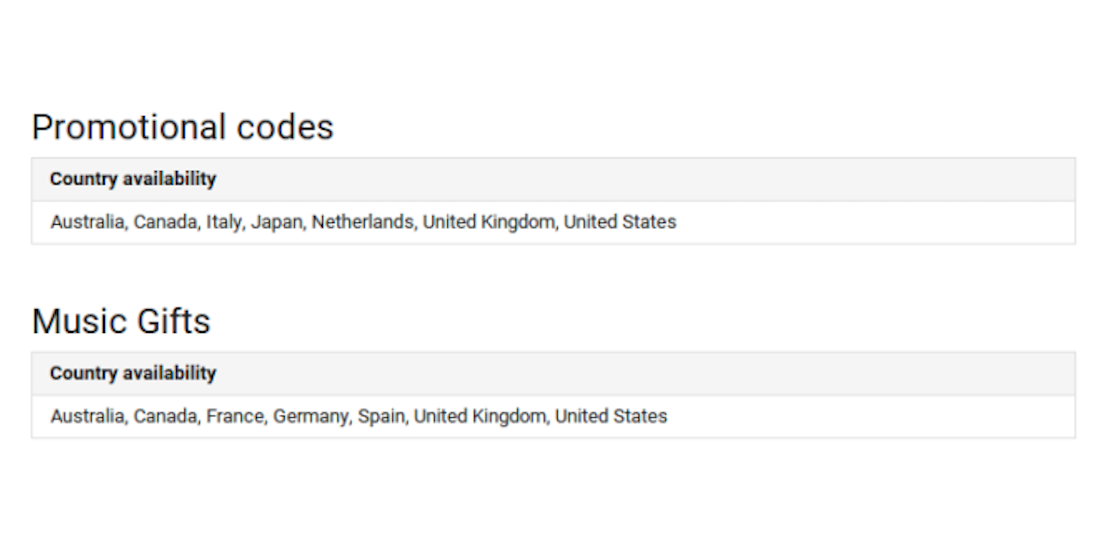 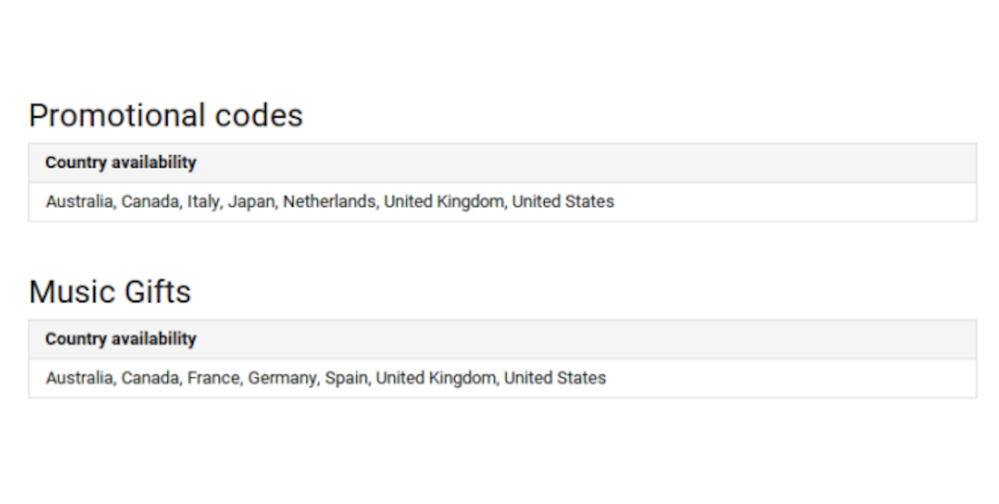 Android Police this evening has spotted a minor change to the Google Play support page for Play gift cards. The webpage has been changed to include a reference to something called “music gifts,” although it’s entirely unclear what they are at this point.

As Android Police suggests, it’s possible that this could be a way to gift people albums and songs on Play Music. It’s also possible that it will be a way to gift an actual Play Music All Access subscription for ‘x’ amount of months to other users. Whatever music gifts are, they will be available in Australia, Canada, France, Germany, Spain, the United Kingdom, and the United States.

All of this is pure speculation at this point, however. Nevertheless, it seems likely that Google is preparing something to announce soon, given the change to its support page today.