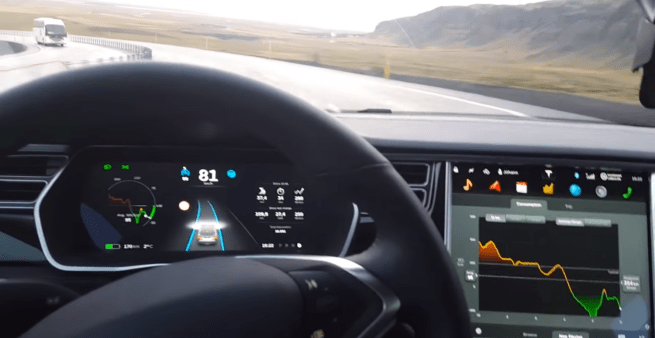 According to his LinkedIn profile, Rose left Tesla right after the release of the Autopilot in October and a month later, we learn that he joined Google. It’s not clear if Rose joined Google to work on the company’s self-driving car project, since unlike for his other positions, he didn’t include a description of his role with the company other than “Software Engineer” at “Google Robotics”.

Arguably, its self-driving car is Google’s main “robotic” project, but the company also owns Boston Dynamics, which is of course highly involved in robotics, although employees working for the maker of the Atlas are still listed on LinkedIn as working for “Boston Dynamics” and not Google.

Further indicating his involvement with the company’s driverless car program, Google refers to self-driving car engineers as “Robotics Software Engineer” in a job listing on its website:

While Tesla is trying to develop its autonomous driving technology by gradually implementing more advanced driver assist features under its “Autopilot” program, Google is strictly developing a fully autonomous technology.

Their approaches also differ in term of hardware. Google is using LiDAR technology, while Elon Musk said it wasn’t necessary to achieve full autonomy, which is why Tesla is planning to keep using hardware suites based on cameras for the next generation Autopilot.

While Google hired Rose from Tesla, the Autopilot team hired a software engineer from Google’s Maps Street View team around the same time. Liang Heng graduated from Stanford in 2012 with a PhD in Electrical Engineering and 3.97 GPA. After postdoctoral research at the University of Illinois at Urbana-Champaign, he joined Google for a year and a half before leaving for Tesla earlier this month.

If you want more Tesla Motors and electric vehicle news, make sure to follow our sister site Electrek on Twitter, Facebook or Google+ to get our latest articles.

Sidenote: Based on his background, Rose appears to be close to Tesla and SpaceX CEO Elon Musk. He held a senior position at SpaceX and was on the Autopilot team at Tesla, which reports directly to Musk. His 10 months stint at Vicarious also has a link to Musk, who joined his billionaire colleagues Mark Zuckerberg, Peter Thiel and Vinon Khosla with a personal investment in the $40 million Series B round of funding for the AI firm.